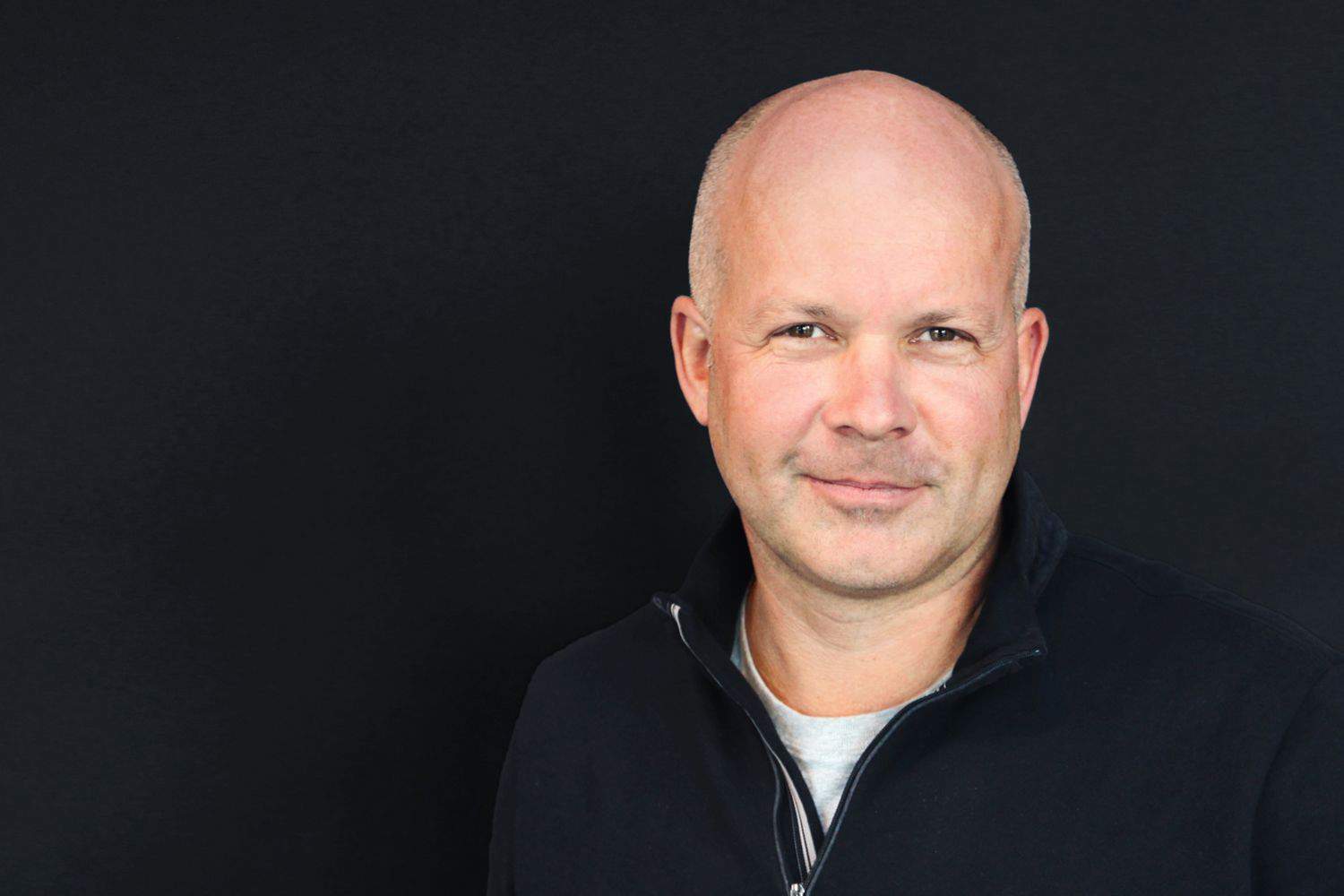 At an age where most of us are only just hitting our professional straps, Chris walked out of his job with a luxury car and a multi-million dollar property portfolio. This could be the story of a spoiled heir or an eccentric billionaire, but the truth is far more exciting.

Chris is a self-made-man, a numbers genius who cracked the code to getting rich, early on in life. His talents not only allowed him a life free from conventional work, but also established a reputation as Australia’s go-to expert for property advice. He’s written books, hosted TV programs, and helped countless investors achieve the folio of their dreams.

And all in a very unconventional way.

Chris Gray started out just like most of us. The son of a doctor and a nurse, he was taught to work hard, save well, and spend conservatively. He strayed from the plan immediately by skipping university and studied accounting instead. Once you gain an accounting qualification no one asks about which university you went to so why not get qualified and earn money at the same time.

His next deviation was buying his first property. Why invest in a one-bedroom apartment, he thought which would consume all his wages, when he could buy a three bedroom house and rent two rooms to two mates and live for free? Sure, the mortgage was bigger than his wages even before tax, but the net cash flow was zero. So, that’s exactly what he did.

“I figured out that I could live for free,” says Chris. “I bought a three bedroom house and made two years’ salary overnight because I bought it well, and lived for free. The next year I repeated the same thing, and the year after I used the equity to buy a free Porsche.” And for those that think that’s irresponsible, if he sold house, paid off the mortgage and the car, he would still be left with cash in his pocket. But why sell the house if it’s continuing to rise?

It’s important to the story to remember that this was the early 90’s. There was no property books, no property TV shows, no Google, no targeted marketing, no email updates. Seeking out financial advice that offered an alternative to the standard model of conservative investing was nearly impossible. To consider that Chris conceptualised an entirely new process from intuition alone is impressive, to say the least. He is less forthcoming on his ingenuity.

“I am naturally very lazy. So I tried to work around the question, ‘how do I challenge what my parents are doing – studying hard, working hard and paying off a mortgage before doing anything else?.’ I thought that there’s got to be a better way, so I found different methods to make money. I worked twice as hard in my twenties to have an easy life from my 30’s onwards.”

Chris worked full time, studied accounting at night, and worked on his property investing on the side. It was a plan that worked out well: at 27, Chris moved to Sydney, worked for a few years, and then retired from full time employment at Deloitte at 31.

It doesn’t come as much surprise that the people around Chris started asking questions. How could he possibly be retiring at such a young age? What did he do to make so much money, so passively?

What was his secret?

Chris started working casually with his friends and fellow employees, guiding them on property investment. He taught them where to buy, how to buy, what to do to create tax-effective income and growth streams that sat autonomously from their regular work. Then, when he started work as a movie and television extra – what else is an unemployed millionaire meant to do? – he started helping out the actors on set, too.

It was around this time that one of the actors gave Chris a hot lead: channel nine was looking for a property expert to host a new property show and they needed a property expert. Despite being uncomfortable with the idea of being on camera, Chris applied.

“I tried out for the job, got it, and we did 37 episodes every Saturday over a year. And that’s the thing that got me into TV – I wasn’t a great actor or anything, but I was an expert in a specialised area.”

Today, Chris is probably best known as the face of Your Property Empire (recently renamed Smart Investing) on Sky News Business Channel. But back when he first started out, these were unchartered waters for a newcomer in the Australian financial scene. Not only was Chris decades younger that his peers, he was offering some fairly unorthodox ideas. Work hard, take calculated risks, retire young? It seemed completely at odds with everything we had been taught. Despite that, Chris was confident that he knew what he was talking about – he was, after all, the sum of his teachings.

“I didn’t feel that imposter syndrome at all,” says Chris. “I had the results to disprove the other people that had the qualifications and the big corporate backing that hadn’t got any results.”

Before long, the Chris Gray method of investing had gathered quite a following of fans. He begun to realise that one of his greatest challenges was not a lack of interest – he was batting off requests on the daily – but managing the resistance of middle-class investors. High net worth individuals, he found, attached less emotion to the act of buying, whereas first time or conservative investors were less flexible, and slower to act. He decided to refocus his attentions on the low-risk, high-return investments.

“I am very risk-averse, so when it came to my business, I worked hard to ‘de-risk’ it,” says Chris. “All the things I could think of that would make an investment risky, I found a way to de-risk. For example, I only invested in median priced, blue-chip suburbs, close to the capital cities, as everyone knows that’s never going to halve in value.”

In 2004, he established his mentoring business Red Wealth Creation. Working with Australia’s wealthy, he targeted the top 5-10% of the country’s earners to help them build powerful property portfolios. For those who couldn’t afford these services, he helped for free.

“Before I meet with people asking for advice, I make sure they read my book first. Then, when we do meet, we can cover the 5% they don’t understand, as opposed from starting at the beginning.”

After starting speaking to Chris for a while, you begin to understand that this kind of efficiency is central to his personality. A self-described ‘numbers person’, Chris sees the world through different eyes: careers, homes, success and all the other milestones we view through the lens of emotions, Chris views with pragmatism.

And suddenly, it all makes sense. He was never afraid of hard work, he just wanted to be efficient about it. And he doesn’t believe in sacrifice when it comes to investing – in fact, he preaches the direct opposite.

Chris tells a humorous anecdote about his father. “My parents always had a very conservative financial attitude,” he remembers. “We were meant to go and visit my uncle in Hawaii, and my Dad decided no, it’s a better investment to build a patio on the back of the house.”

It’s funny, sure – but it also wrenches at the heartstrings as we all remember the innumerable sacrifices most of our parents made in order to find financial stability and in some lucky cases, success. The sacrifices that, according to Chris Gray, just aren’t necessary.

One of his greatest inventions has been ‘rent-vesting’, that is, renting a luxury property where you want to live, and buying multiple lower value investment properties in a location that’s going to raise a better return. For a generation of Australians buying further and further into the suburbs to avoid the dead money of renting, it’s a catchy tune. Just one of his ideas that seem to only become more pertinent as the years clock on.

Chris Gray never set out to become an expert. He was just a numbers whiz who saw the allure in taking the road less travelled. And in the intimidating world of investing, it was a punt that paid off in ways he couldn’t imagine.

“There’s nothing better than changing the way people think,” says Chris. “I’m not changing the world, and these are materialistic things, but when you get people come up to me and say, ‘I read your book ten years ago, you’ve changed my life’ – it really is the most amazing feeling.”

In a world where more and more Australians are ready to say ‘why not?’ when it comes to trying alternative paths to financial success, the teachings of Chris Gray feel more relevant than ever – efficiency, research, and the belief that blindly following the rules isn’t always the way to win.