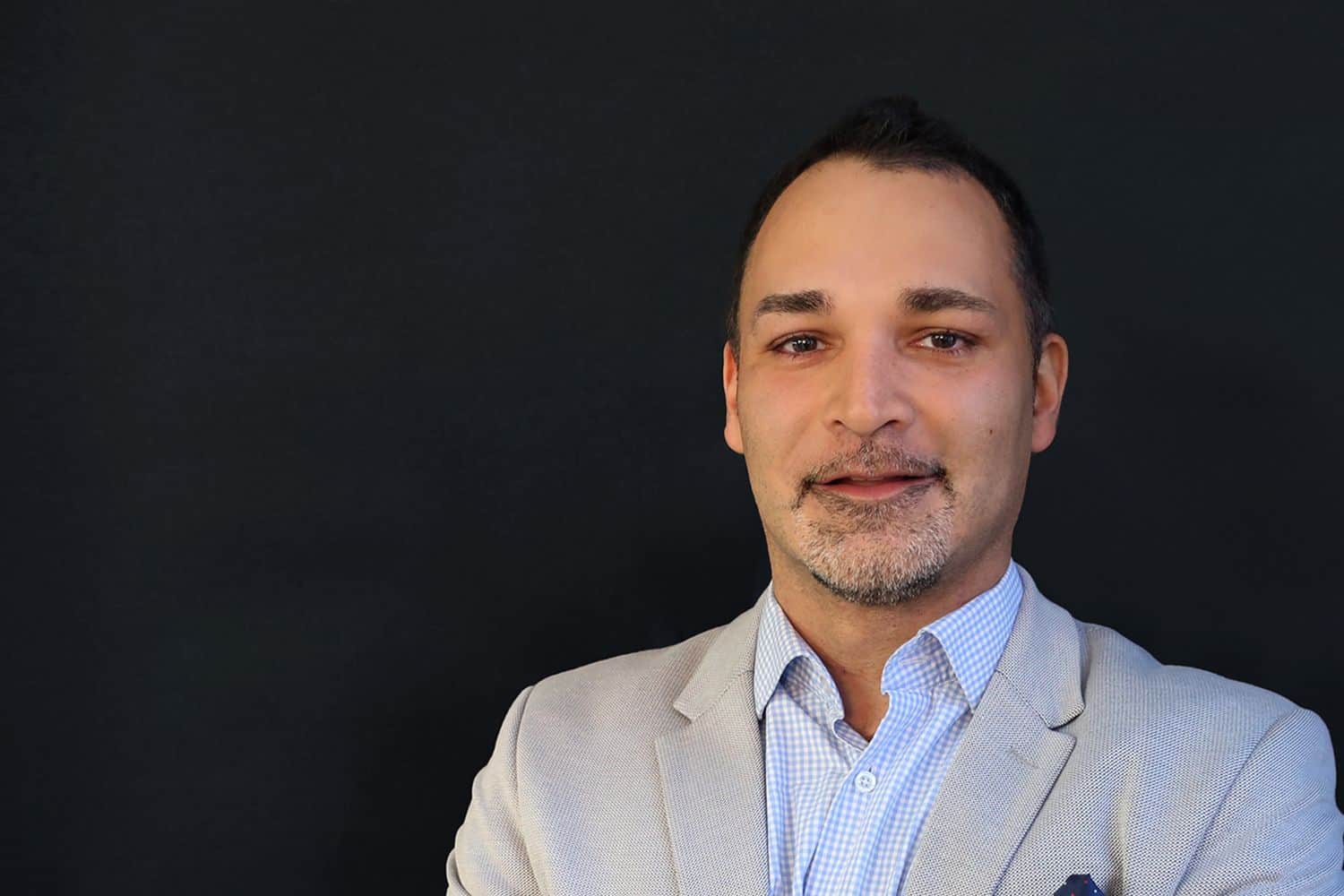 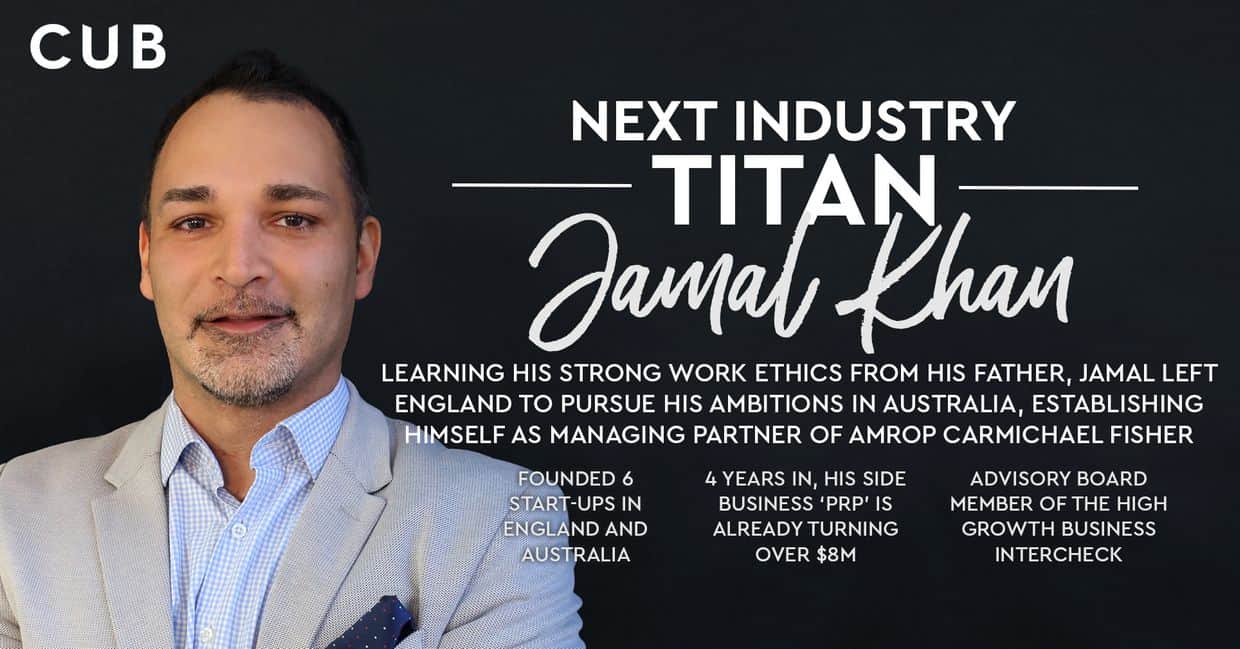 Sometimes the recipe for success isn’t as complicated as we are led to believe. Life lessons from his Father, a willingness to try something new, and a penchant for old-fashioned hard work; Jamal Khan’s current role as Managing Partner at AMROP Carmichael Fisher is a textbook case of forks in the road, with a twist. For Khan, it wasn’t so much deciding which path would lead to success, but more about making sure that whatever path he chose, he would make work; and make it work he did.

Originally from Nottingham in the UK, Khan was somewhat of an anomaly being raised by a single Father from the age of four to 11. “Because I only had my Dad, I was always very observant and grateful for him. He worked long hours to support our family, and his work ethic has played a huge part in shaping my professional career and personal life.”

His Father worked as an academic, and with Khan completing his Law Degree and post-grad in Legal Practice with ease, the book smarts were palpable between generations. A life as a lawyer, however, wasn’t one that greatly appealed to Khan, and his Father often reminded him that he wouldn’t be happy unless he found a career where he could work on his own terms. Khan decided to head down a completely different path and found himself fresh out of University interviewing with some boutique recruitment firms. His initial understanding was that recruitment was basically HR, but when he was offered his first job, he went home, did some research (pre-internet), and decided to start the following Monday.

The role was a bit of a baptism of fire. A phone, a desk, a coffee machine, targets of 120 phone calls a day, it was a hard slog but ignited an entrepreneurial fire within Khan’s belly, celebrating an understanding of how it’s possible to create something out of nothing. After a little over a year, Khan decided it was time to move on to a more structured environment, and went on to a young start-up where, in two short years and by the age of 25, he had helped build it up to be managing a team of 12. From there, his team became multiple teams, and it wasn’t until three years after that, itchy feet kicked in and it was time to seek out fresh blood. The entrepreneurial fire was sparked once again. Khan considered studying his MBA, but some solid advice from his boss at the time steered him away from furthering his education. His knowledge, skill and networks were enough of an education for him to get out there and further his career. Khan joined another start-up called PRO, where once again, he committed himself to his job and the company was listed after just three years. By this point, Khan was 31 and started a family of his own. The strain of constant travel and working long hours was enough for him to start afresh once more, but this time he looked across international waters for his next move.

Khan tossed up between Sydney and Melbourne. He knew one person in Australia, and they warned him that setting up shop in Melbourne was difficult because it was a strong relationship-driven market. If you didn’t go to school there, people didn’t want to know you. Whether Sydney or Melbourne, Khan knew nobody either way, so he took the plunge and decided on Melbourne.

From his first role in Melbourne, Khan continued to go from strength to strength. Turning around stagnant businesses, smashing targets, negotiating equity. In 2008, Khan joined Carmichael Fisher, just in time for the Global Financial Crisis to see the recruitment industry fall out from beneath him. He still regards it as the biggest challenge of his professional career. Rather than seeing it as a reason to give up, Khan instead saw it as an opportunity to stoke the entrepreneurial fire and tap into his experience in start-ups. The new business model instigated by Khan, saw Carmichael Fisher exceeding all expectations and succeeding at a rate that it peaked.

From 2016, Khan and the team at Carmichael Fisher started looking at joining a global network, and in January of 2018 they closed a huge deal in becoming a part of AMROP – A powerhouse in the Executive Search industry with 77 offices in 50 countries.

If his contribution to one of Australia’s most successful search firms wasn’t enough for you, remember that everyone has a side hustle these days and Jamal Khan is no exception. In 2014, Jamal and his colleague Janelle Kelly started ‘Project Resource Partners’ – A specialised targeted firm focused on business transformation and change projects and four-years in is already turning over a cool $8 million annually. With most start-ups these days failing within their first three years, it’s clear that PRP isn’t just floating, it’s swimming laps around its market competitors.

Every challenge, every decision, you play the hand you’re dealt with but there’s no point hoping for the best. You’ve got to work for it. Just ask Jamal Khan.