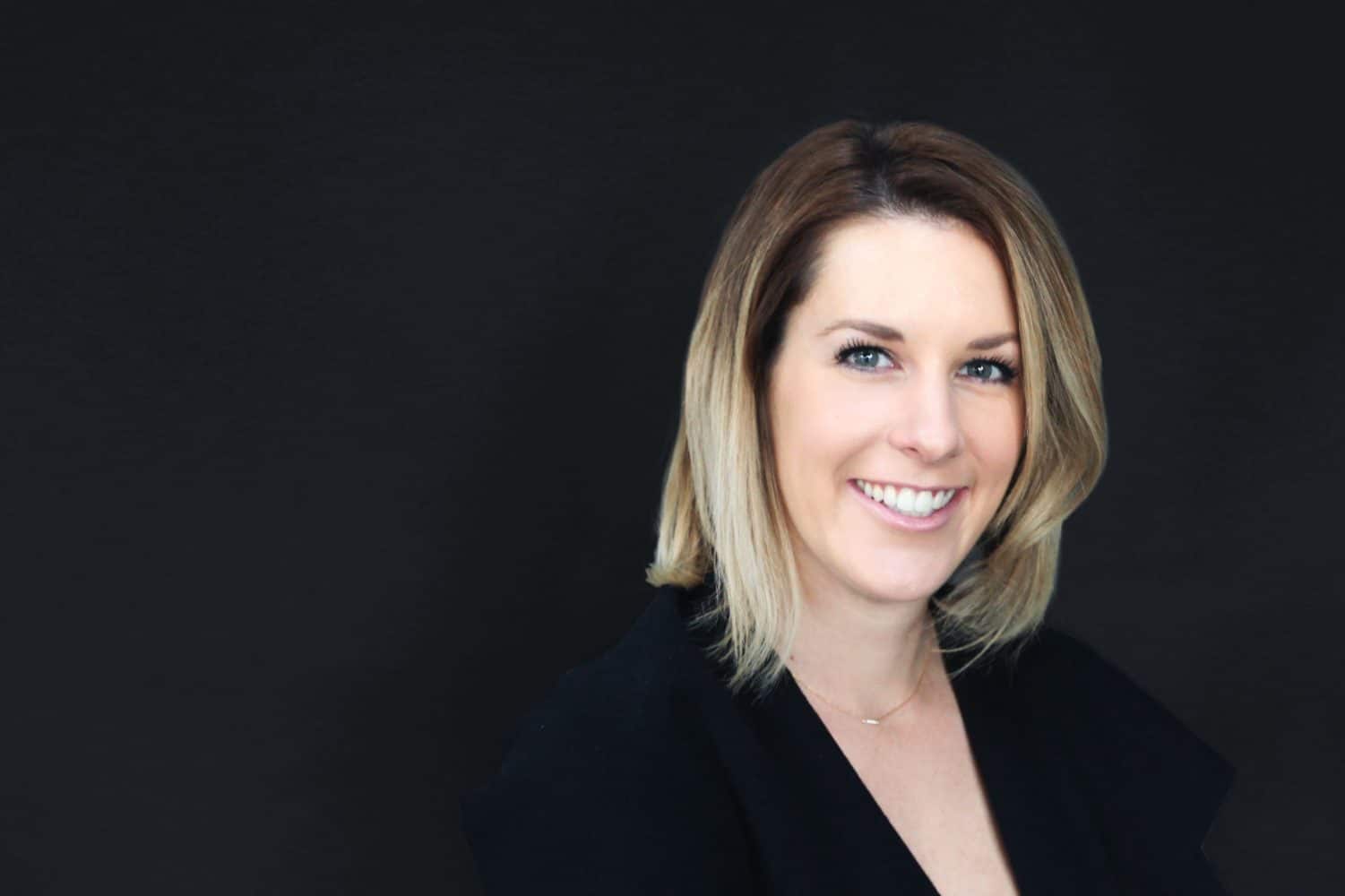 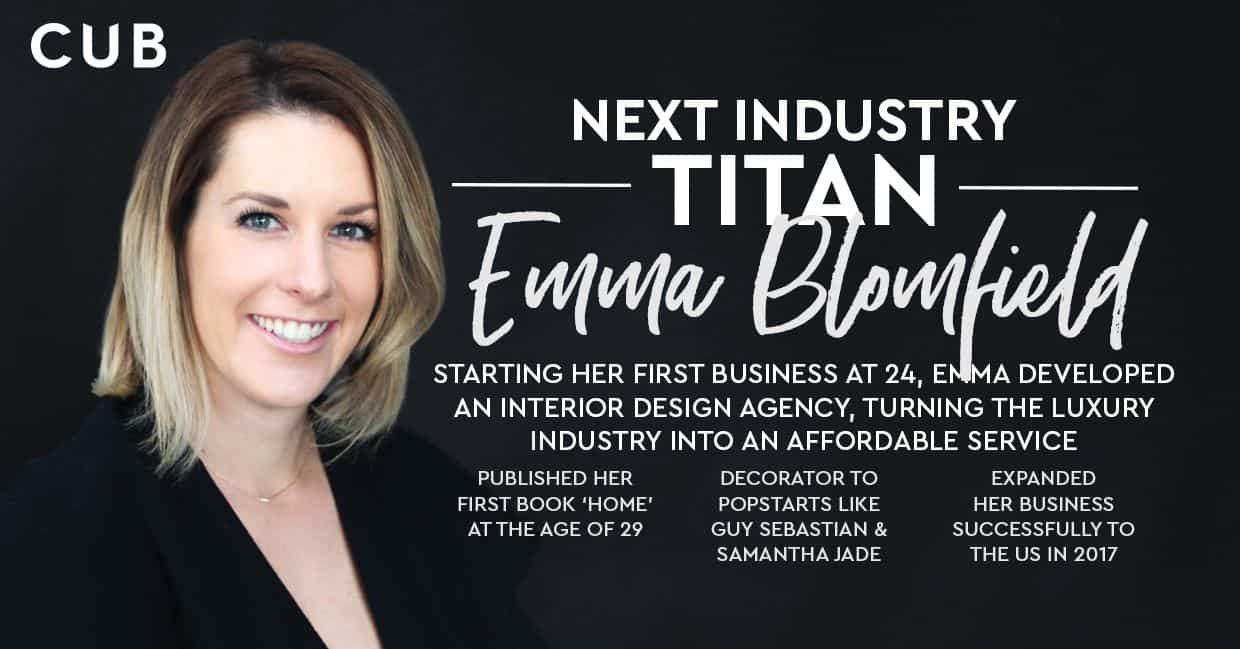 Emma Blomfield is one of Australia’s best known names when it comes to interior design. She’s released a book, runs workshops, and is even about to launch her own podcast. When it comes to getting the inside tips on design, the Blomfield effect is real.

Regardless of Emma Blomfield’s obvious talent, however, it is still intriguing to know what sets this creative apart from the rest. Interior design is a big pond here in Australia, particularly in her home town of Sydney – so how did she end up the big fish?

Emma Blomfield begun her career working for an interior design company of Sydney’s ritzy North Shore. She was dealing with clients with lots of money and just as many opinions about the design of their sprawling homes. It was an auspicious place to start her career, but Emma was unsettled.

Working under someone else and dealing with challenging clients wasn’t always easy. The jobs were great, sure, but she was starting to feel her attention drift towards a new market that had caught her eye: new homeowners.

“Around this time a lot of my friends had started buying property,” says Emma, “and were asking me for advice of decorating. They didn’t have a lot of money to spend, but it was a lot of fun to get creative.”

At just 24, Emma had landed on a business concept that would become the foundation for her career. She wanted to create an interior design agency that focused solely on providing an affordable design service, breaking down the barriers for what is traditionally a luxury industry.

Her first good business decision was a surprising one. Unlike most young people starting up business, she wasn’t hasty. Emma knew that gathering up enough clients to turn her part-time passion into a full-time career wasn’t going to happen overnight. So, she worked part-time as a flash sales buyer for a homewares website, whilst also styling homes for sale. It took five years of odd jobs and preparation, but soon she was ready to launch.

Emma launched Emma Blomfield Interior Design in 2011. She had begun her career playing with budgets that sat in the six figures, but was now working hands on with young home owners scraping together something closer to 10k.

“I was 24 when I started my business. I was so naive and didn’t really know much about the corporate world as I had only worked a few jobs out of uni,” says Emma. “I went into owning a business pretty blind. I think if I was starting a business now I would be more aware of what I have to lose, and not be as brave as I was.”

Youthful naivety worked in her favour, however, and her launch was a success. Word spread about Emma’s exceptional design skills, and her work begun to extend beyond just interior decorating. She was running workshops in retail stores around Sydney, and was even being called out to rural centres to run workshops out there, too. People couldn’t get enough.

But it wasn’t until recently that Emma had her big break whilst helping out on a friend’s photoshoot. A publisher was on set, and as a throwaway comment, Emma mentioned that she would love to write a book herself. The two got chatting, and an idea was born.

“The woman was like, ‘what would you want to write about?’, and I started talking about my workshops and what I teach, and how I would love it to be illustrated, and some other details…and she said to come in and meet with her – and the rest is history!”

The book, ‘Home’, was published in February of last year, and was an instant hit. Finally, fans of Emma Blomfield’s esteemed design skills were able to take home her hints and tips for themselves.

I ask Emma why she chose to share so much of her secrets with the public. Surely this was her golden goose, so to say? Why would you give away precisely what her clients were wanting to pay good money for?

“I think my social media profile was part of why I decided to start offering coaching services,” says Emma.

“I was getting a lot of direct messages from people in the industry thinking of starting a business. They wanted advice (which was disguised as taking me to coffee) and there’s only so many coffees you can have in a week! So it made sense to turn it into a coaching I service. I remembered how hard it was when I was starting out.”

Emma’s generosity doesn’t stop there. She also offers coaching for up and coming designers to help them break into what is a notoriously competitive business. After fielding request after request from young interior decorators looking to kick start their careers, she spotted a gap in the market.

“I was getting lots of requests through my social media profiles,” says Emma. “People wanting advice, wanting to catch up for a coffee – and it was hard to say no! So I thought I could gather them together and turn it into part of my business.”

When it comes to the creative industries, it’s this kind of rare mix of artistic skills and business intuition that often spells great success. Yes, she has the raw talent to have a loyal gathering of fans, but Emma also has the determination of a practiced businesswoman to seek out new ones, and maintain her standing.

Emma’s entrepreneurial spirit runs back further than her creative ventures. Emma studied Business and Marketing at university, and loved it. The daughter of a businessman herself, Emma says that she was taught early about the value of hard work.

“My dad was a successful businessman, and very smart – so I get a lot of help and advice from him. He taught me to think outside the square when it comes to my passion of interior design.”

The real secret to success, says Emma, was taking her business growth slow and steady.

“The industry I’m in is not that risky,” says Emma. “It’s a traditional structure so whilst I can be innovative and trial new things, it’s still fairly conservative compared to other businesses.”

Conservative as she may perceive her business to be, it’s still leading the way in the world of interior design. From publishing her own book to running workshops, Emma now also offers Airbnb styling as part of her services.

“I had heaps of clients in Sydney capitalising on Airbnb listings,” she says. “They were using fairly average furniture and design, so I figured out this was an opportunity to update their offering, and win higher rates.”

Her intuition for sniffing out opportunity continues to grow the Emma Blomfield brand. This year, she’s looking to branch out into content – looking at creating her very own podcasts and webinars for people interested in home design. Which, thanks to popular television shows like The Block, is a considerably larger number than ever before.

In the age of social media influencers and dubious online celebrities, the art of self-branding has become a tricky one. Go too hard, and your ego will outshine your talents. Go too soft, and you’ll get stuck behind your competition.

Emma Blomfield is a class act in how to negotiate savvy brand expansion with integrity, and creative authenticity with business growth – all with a generous inclusion of those wanting to learn. Not just a great designer, Emma is an entrepreneur we could all learn from.