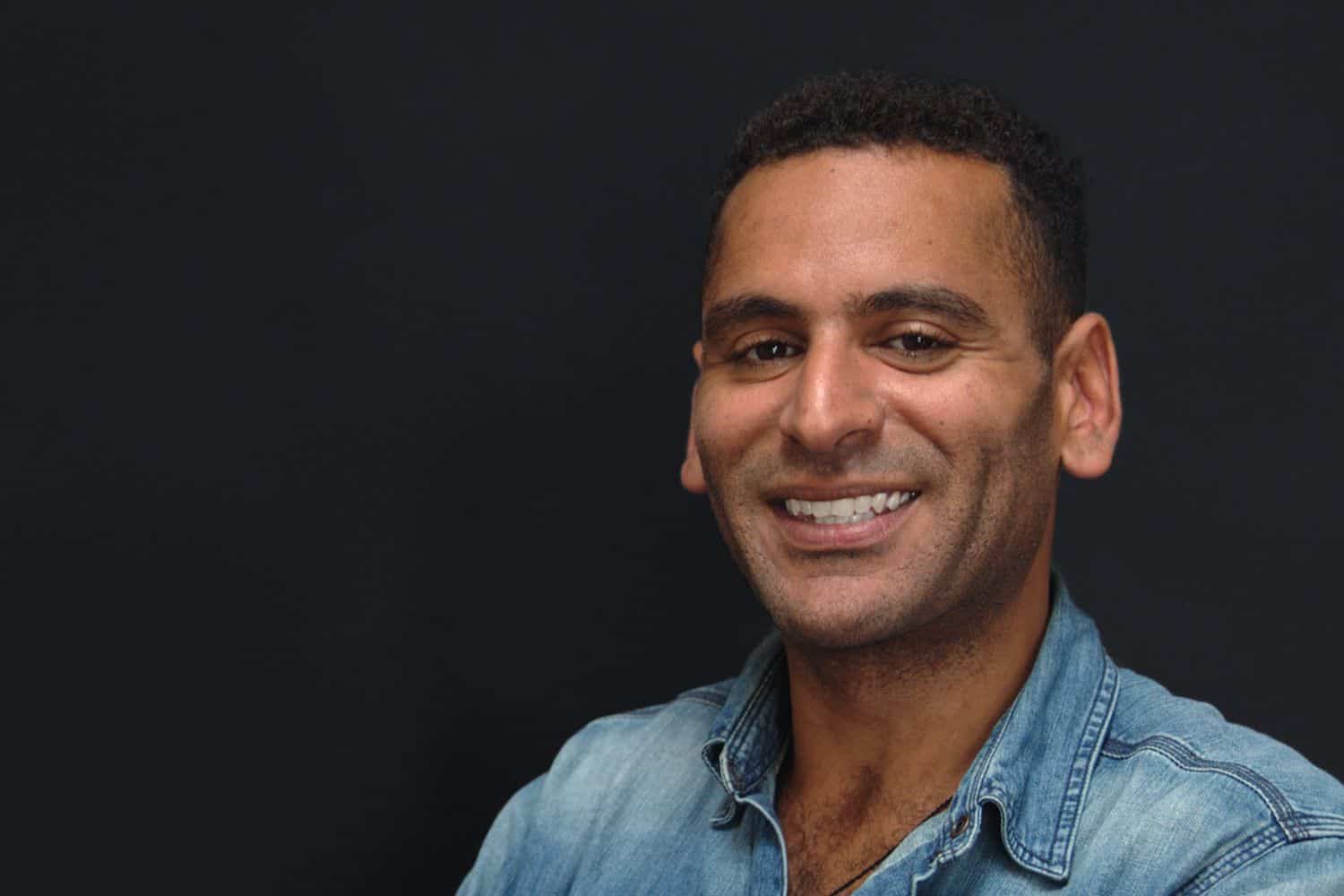 Teji Gobran: Building a legacy in the Australian construction industry 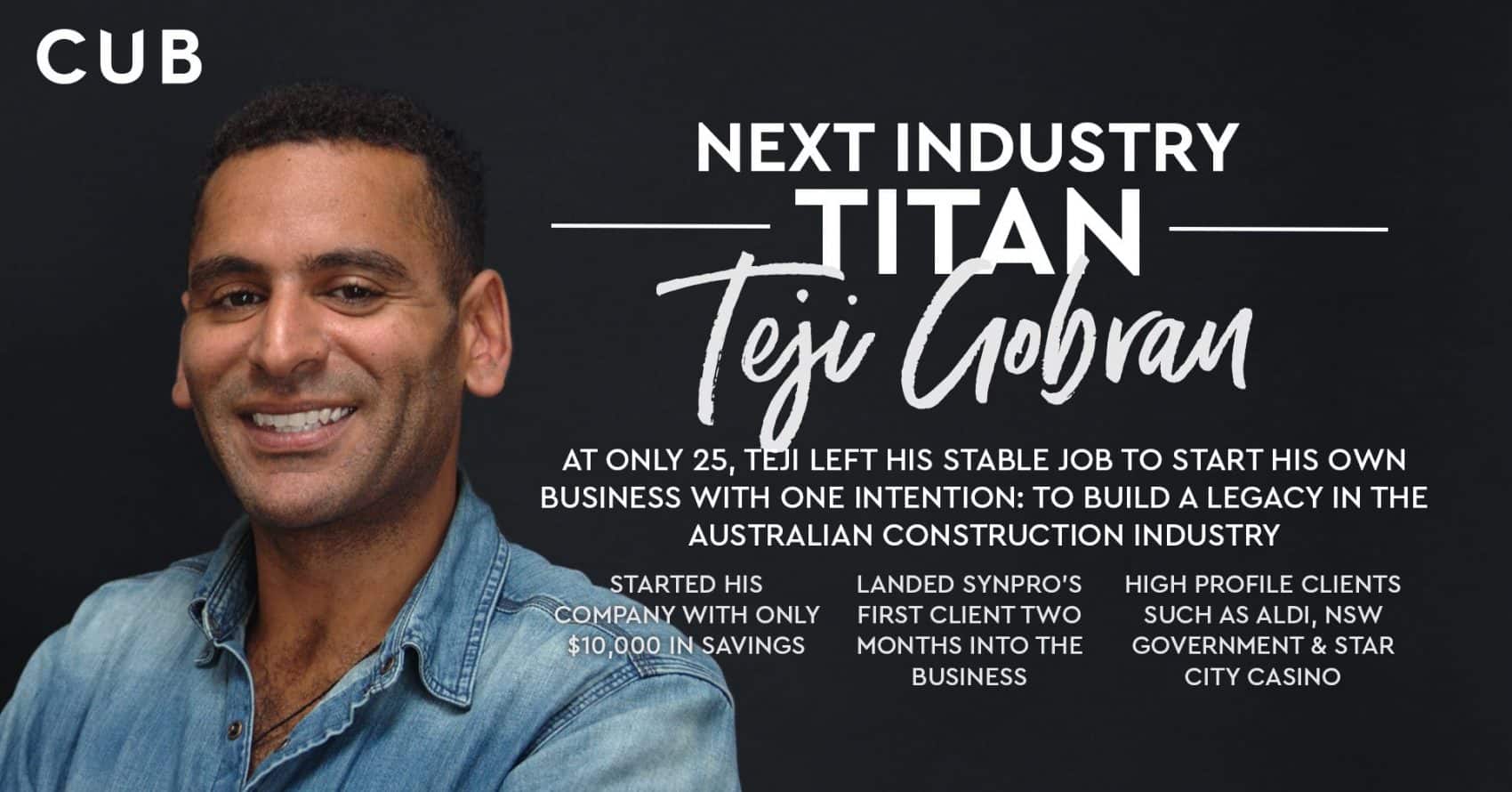 Like there wasn’t already enough pressure for Teji Gobran when starting up his construction business at just 25, his mother had her own ultimatum: make it, or get out of my house.

“I had just moved back in with my mum after leaving my job,” remembers Teji with a chuckle.

“And she said to me – ‘If you start a business after leaving a job that was paying so well, and it doesn’t work – I’ll kick you out!’”

How serious she was we will never know, because Teji packed his bags and was on his way. The odds were stacked against the young construction manager, you see: in an industry that operates almost solely on reputation alone, it was going to be a tough gig for the fresh faced newcomer.

And yet, here we are. Eight years later, and Teji Gobran has made it.

Teji is, and always was, a perfectionist. Fairly quickly into his career in the construction industry, he learnt that this wasn’t the career asset he had always considered it to be. In fact, in a market in which both time and money are precious, being a perfectionist tended to slow things down. Even as he rose through the ranks to work with blue-chip construction clients, Teji was bothered by the slap-dash approach to so many of the finer details in the building process. So he decided to try and make it on his own.

“I just wanted to do things my way,” says Teji.

With around $10,000 in savings, Teji got busy in setting up the framework for the business. He registered the name SYNPRO, set up the accounts, even had a logo created. All he needed were the clients. And all he could do was wait.

It was two months before he secured his first building contract. Compared to many new businesses, a two month wait for work seems fairly moderate. But for the young Teji, it felt like an eternity – he was ready to get started in doing what he loved most.

Those two months he describes as ‘relationships and relentlessness’. The talented young business owner tried everything from cold calling to door knocking to try and rustle up the interest he was needing in his new business. In time, his hard work paid off and Teji managed to score his first client.

They were an RSL club looking to update and renovate. Not quite the multi-million dollar contracts he was used to, but it was finally a win on the board. Teji threw himself into the project and confirmed what he already knew – under his management, the project was created to perfection. His hard work didn’t go unnoticed and that first client of his became one of his biggest advocates for the company. Bit by bit, client by client, referral by referral, SYNPRO started to grow and gather a reputation for itself. Even Teji’s mum was impressed.

Of course, this is the short story. The long story is much more complicated, with its fair share of challenges along the way. The construction industry was ruthless. Many of Teji’s business partners and even his peers turned the cold shoulder in those early days, and he found himself very much on the outer as he struggled to learn the intricacies of running a business.

“I am pretty much self-educated when it comes to business,” says Teji, “but I had some amazing mentors in my father and my uncle. They taught me the important lessons – like, what do you want from life? What type of person do you want to be?”

The support equipped Teji with a steely resolve, deciding right from the get-go that he wouldn’t be worn down by the difficulties of those early days. Teji simplified his business model – “I basically just looked at what money was coming in, and what money was going out” – and worked tirelessly on project after project. He knew that he needed to earn his stripes before going after the big fish.

“You’ve got one shot,” says Teji. “I knew that I wanted to learn things first before looking to expand into the larger clients. You can only knock on their door once and say, ‘give me a chance!’”

Within a few years, he had his first large scale client in Aldi supermarkets. It would be the first of many: today, Teji boasts an impressive line up of blue-chip clients including Star City Casino, Solotel hospitality group (who manage Opera Bar, Bondi Fish, Aria), and the NSW Government.

I ask Teji what gave him the edge to create a successful construction company. He was, after all, very young – not exactly what large corporates look for when dishing out million dollar contracts.

“I had a business mind,” says Teji. “I was a problem solver. I was comfortable with the CEO’s, the upper management – I was happy to sit in a boardroom with them and really work out a solution. I think that’s what set me apart.”

Construction is traditionally the challenge of how to deliver the minimum output for the maximum price. It was an equation that never sat well with Teji, and his perfectionist nature. Whilst his natural talent for business has surely played a hand in his success, it’s hard not to think that his consistently high-quality output is the Teji Gobran calling card…and the reason his clients keep coming back for more.

But behind this all is a genuine joy and passion for his work. It might be hard to imagine romance and construction existing in the same thought pattern, but for Teji, they do – when we see a building, he sees a passion project coming to life.

“I love the tangibility of the end product,” says Teji. “You can see, and touch, and smell, and feel what you have worked for. It’s very exciting and incredibly dynamic.”

Where there’s passion, there’s success….no matter how mad it might make your mother.