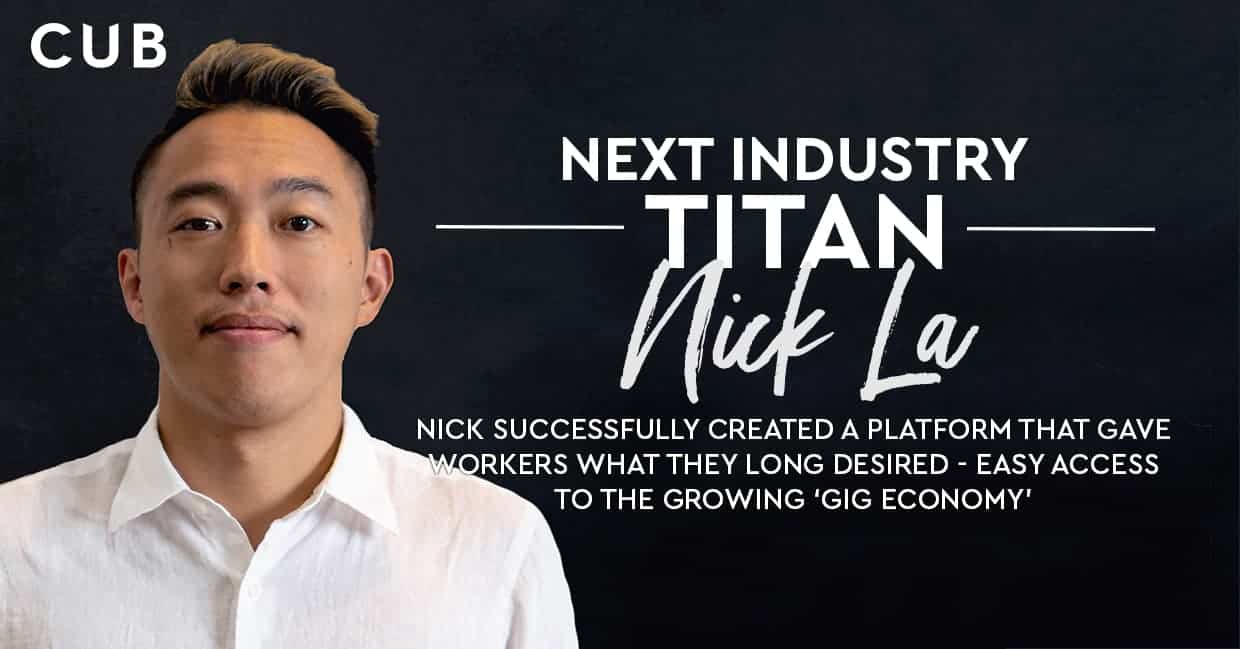 Weploy’s Nick La knows workers aren’t willing to sit still so he built a platform that provides much wanted access to the growing ‘gig economy’.

“We deem unity of the utmost importance and believe people build businesses, not products.”

CFO Nick La has a wise head on young shoulders. 20 minutes on the phone with him and you would be forgiven for thinking that you were talking to someone twice his age. Yet what he lacks in wrinkles, he makes up for in ambition. Having studied a double degree in International Trade and Asian studies at Victoria University and after spending several years in Asia working in hospitality, La founded recruitment platform Weploy in 2016 with long-time friends Tony Wu and Vince Luong.

“Tony and I were friends. We did Brazilian Jiu Jitsu together, we bonded whilst choking each other,” he laughs. “… and I’ve known Vince for 20 years.” But the road to starting Weploy wasn’t a straight shoot to success. In fact, between the three of them, they’ve started, closed, sold and transitioned around 15 businesses to date. But Weploy seems to have pulled their focus, they’re in this one, as La says, ‘for the long haul’.

Although not an overnight success, Weploy certainly garnered immediate interest. The company made headlines in 2017 when it successfully raised $1 million in funding and was subsequently labelled as the ‘Uber for jobs’ by the local business press. They drew further attention when they bagged two big hires not long after. First with former Slack executive Marissa Senzaki who joined as head of talent and the second with ex-LinkedIn executive Ben Eatwell who joined as CMO.

What made Weploy so interesting was that it tapped into the rise of the gig economy, an emerging industry of professionals desiring temporary or part-time work placements over permanent roles. La and his co-founders recognised that people wanted more from their careers. “Some people just don’t want to take one role to the grave,” he says. Not only did they want flexibility and variety, they also wanted more security. La says the recruitment sector was ripe for disruption and it didn’t take much to plant the seed for Weploy, an on-demand staffing platform that connects employers with pre-vetted candidates.

But unlike traditional recruiting companies that lean heavily on resumes and previous experience, La knew anything they made should take a different approach to filling administrative white collar roles, one which rewarded aptitude over experience and placed people solely on their ability to complete the tasks required of them – whilst providing confidence and diversity to the employers who used the service.

As a result, Weploy not only insures its candidates but also removes any unconscious bias in the recruiting process by ensuring the employer never sees the age, name or gender of any applicant. “This means they hire staff solely on capability,” says La. Instead of using the traditional ‘what have you done and where did you do it’ model, Weploy created a six-part vetting system which dictates where a candidate would best fit. This includes a face-to-face interview, a telephone interview and a series of psychometric quizzes to test “cognitive ability” alongside a series of security checks. “We focus on service roles which includes admin, finance, legal support and marketing,” explains La.

In return for their services, Weploy take an 18 per cent clip of the hourly rate which is billed to the employer, not the candidate – something La says, “marks them apart” from competitors who often squeeze both the employee and the employer as part of their charging structure. “We work with SMEs all the way to enterprise clients. In this way, they have the ability to flex up and down by hiring people on a casual basis. There is transparency within payment and there is a consistent quality alongside a guarantee with our services.”

La and his team are proud of what they have achieved in such a short period of time. Having only operated for a little over 16 months, they’ve already scaled their staff from four to 30 and boast 200 active candidates on their platform at any one time with “thousands more” waiting to be on boarded. “We are the biggest advocates of our own business. Maybe 20 or 30 per cent of our staff are Weploy staff.”

La, who says his main business objective is “driving growth”, has bigger plans for the platform. With a bolstered team and a growing number of ‘Weployees’ and ‘Weployers’, international expansion into the US or UK markets is on the horizon in the not too distant future. And it looks like a savvy move. A study by Intuit predicted that by 2020, 40 per cent of American workers would be independent contractors. So perhaps not a bad place to start the journey towards global expansion then?

La takes a measured amount of time to compose his answer. “We’re weighing our options.” He says.

What is the best book you’ve read in the past 12 months? Made to Stick by Chip Heath and Dan Heath.
Best piece of advice when looking for a business partner? Get to know them before you enter the business. Ensure your values and vision are aligned.
What is the biggest business lesson you’ve learnt? Make sure you do your due diligence before entering into a partnership.