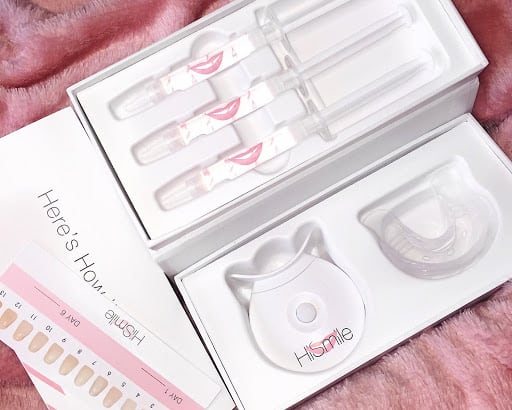 In less than three years, two young entrepreneurs turned their $20,000 investment into a multi-million-dollar company. How? By executing one of the most successful influencer strategies to this day.

In this day and age, launching a product that appeals to people across the globe is anything but easy. This is especially true when the target audience is those with the shortest attention span – millennials.

And yet, HiSmile became a global trend of the younger generations. Aside from filling a gap in the oral care market, the main reason for this is an exceptional social media marketing strategy. HiSmile’s example shows just how powerful a tool social media is, and how you can grow an outstanding business if you know how it works.

Luckily, the founders didn’t keep their secret recipe to themselves. Instead, they share their story with the world. Perhaps so that entrepreneurs all over the world can adapt their strategy to their own business ideas?

Here we’ll go over the main ingredients of their incredible success. We’ll show you how a few rather simple steps can make your brand skyrocket. But before we do that, let’s take a look at HiSmile’s brief but powerful history.

In 2014, two aspiring entrepreneurs from the Gold Coast took $20,000 out of their savings accounts in hopes of becoming the next big thing. With no background in marketing, Nik Mirkovic and Alex Tomic identified a niche that nobody had yet to tap into then.

Tired of generic teeth-whitening products, people were ready for an innovation that would sweep them off their feet. So Nik and Alex gave it to them. Their LED teeth whitening kit took the market by storm and now has hundreds of thousands of users around the world.

Of course, the company has added to its product line since then. They added mouthwash, toothpaste, gels, and other oral hygiene products to their line. Millennials and Gen Z were (and are) crazy about it, which resulted in $40 million revenue in three short years.

So how did this explosion happen? Was it a fluke like many of those products that happened to show up at the right time?

Not exactly. Nik and Alex mastered social media marketing and correctly identified it as the most effective way of getting people to fall in love with their idea.

“When we started HiSmile we saw digital marketing as a way to play to our strengths and remain agile. It was a way to make the most noise without having all that capital built up”, says Nik.

By far the most effective part of their strategy was influencer marketing. Working with a staggering number of 20,000 influencers at one point, Nik and Alex built an incredible community. Those influencers worked together to spread the brand’s message across the Internet.

They’re definitely not the first businessmen to attempt this. Everyone dreams of getting people with millions of followers to promote their product. So, what is it that made them different? Here are the key drivers of their success:

Unless you lucked into or inherited some sort of head start, you’d have to build everything from the ground up. Influencer marketing is no different. Like most businessmen, Nik and Alex started from scratch and knew they had their work cut out for them and still worked their way to the top.

For the first few months, the founders focused on brand building. They started targeting local influencers and sending them a product for them to review free of charge.

“We just thought, let’s get as many people as possible with a big influence to put this product in front of their fans and followers and share what we’re about,” Alex says.

During that time, the final season of Australian Big Brother was on. Nik and Alex saw this as an opportunity to generate some buzz about their product. Some of their first influencers included Big Brother’s Skye Wheatley and Aisha Jade. Both extremely popular at the time, their following did wonders for HiSmile in the first few months.

A particularly smart move was saving as much money as possible during that period. In the beginning, HiSmile couldn’t afford expensive social media strategies. In Nik’s words, “We’ve been self-funded from day one. All other marketing and media avenues were quite expensive so we decided to build our brand through social media because it was free.”

They’re the perfect proof that with online marketing, you can save a lot of capital and focus your financial resources on your products. At the same time, the strategy was near flawless and its effect was outstanding.

Only after growing to a certain size that they got into paid advertising. Once they had their first few hundred influencers, the sales exploded. This left them with a huge amount of money to invest in influencer marketing. Today, their influencers include superstars like Kylie and Kendall Jenner and Conor McGregor.

The Conor McGregor move was especially smart, since a majority of the users were women before McGregor got on with HiSmile. After this happened, the ratio adjusted to about 50/50.

Of course, getting those big names isn’t a walk in the park. But because of the strong start, HiSmile gained enough traction in the first few months to attract their interest.

Still, it wasn’t smooth sailing from here. There was an important thing that the company had to do before gaining extreme exposure.

2. Getting the Product Ready for the World

As much of a role as influencer marketing played in HiSmile’s success, it wasn’t the main focus. Instead, Nik and Alex decided to focus on the product.

Instead of paying influencers to promote HiSmile, which is what many brands do, they decided to send the product for review at no cost to the reviewers. Since it was a numbers game at first, the first thing they wanted to do was to get as many positive reviews as possible.

Of course, some influencers left negative reviews, which Nik and Alex expected. This is why they focused most of their efforts into making the product as good as it could possibly be. Obviously, this required some trial and error during the first few months.

“I think the most important lesson for aspiring entrepreneurs is to not get too romantic on getting the product perfect on the first go. Everything in entrepreneurship is flexible and changing, so you must not get too set on your ideas. Just go out there and test, and let the market be your judge”, Alex commented.

You can’t risk sending a subpar product to the world’s biggest influencers. It only takes one of them to say something negative about the product for you to take a hit that you might never recover from. This is how powerful influencer marketing is.

This is why Nik and Alex made sure the product was perfect before they sent it to the big names. They wanted it to be something that influencers would not only like but would have bought it if they weren’t getting it for free.

This commitment to quality certainly paid off. The reviews were stellar, so the company built an amazing reputation from the get-go. After this, they were ready to send the product to the most influential people on the Internet.

Of course, people like Kylie Jenner wouldn’t promote a product just because they can get it for free. HiSmile’s deal with her set the company back around $1 million, but the investment turned out more than fruitful.

“Our five Instagram posts with Kylie have all had over 1 million views and 100,000 comments. You see the sales uplift immediately after each one”, Nik says.

There are very few start-ups that can match this kind of exposure. Even better, Kylie Jenner is only one of many big names that stand behind HiSmile. At any given moment, the company works with around 2,000 influencers across the web. This is the kind of impact that obsession with quality can have on your business.

The founders of HiSmile didn’t see the company as just another maker of oral hygiene products. Instead, they looked at it as a media company as well. Unlike many brands, they didn’t outsource marketing to different agencies. Rather, they did pretty much everything in-house.

The company had around 50 employees, each of them working hard to keep spreading the word. At first, the company wasn’t exactly sure about its target market. This is why they took the aggressive approach of getting the product to everyone they could.

“We pushed so much content out because of social media. We got to see what content got the best interactions,” Nik says.

Eventually, they found out that it was women aged 15-24 that the brand appealed to the most. This was when they started choosing their influencers with more care and penetrating the market even deeper.

Another thing that Nik and Alex did very well was co-creating with influencers. Instead of just giving them money or products, they made connections with the big names.

Today, their YouTube channel has many lifestyle videos, tutorials, and reviews with influencers. The channel will only grow even bigger thanks to the company’s cross-promoting power.

Such a collaborative approach ensured a strong connection with the audience. Once they had the target market figured out, they built a strong relationship with it. In today’s market, this is the single best way to keep your audience’s attention on your brand.

The founders did all of this without any help whatsoever. This added a strong personal touch to their brand, which the audience was ready to connect with.

HiSmile is one of the best examples of social media marketing done right. They broke free from the norm that many brands followed, and made a series of smart moves that secured their position in the market.

To execute a good influencer marketing strategy, you’d have to think about it with care. Make sure your products are as good as it can be, and then work hard at making deals with the big names on the Internet. This way, you’ll bring value to influencers and customers, which is the key to successful online marketing.