Venture capitalists get bombarded by many business ideas every day. You have to learn a few things if you really want to win them over with an idea.

So you’ve decided to dive into the start-up waters and turn your idea into reality. What’s next?

If you’re like most start-up entrepreneurs, you probably can’t fund everything on your own. Because of this, you want to seek help from venture capital (VC) firms that share your passion for the business that you want to start.

Problem is… your idea isn’t going to be the only one to a VC firm on any given day. Just imagine getting approached by this many ambitious entrepreneurs day after day. Surely, you’d only want to say ‘yes’ to the best ideas.

What’s left is to figure out what qualifies as ‘best’. In other words, how can you make sure that your idea is better than others in the eye of a VC firm or person?

That’s what you’re going to learn here. Better yet, you’ll be learning directly from those who are steep in the realm and knowledge of VC. Here are some of the world’s most prominent VC persons and their advice for nailing the investor interview.

1. Aviel Ginzburg – Do Your Homework

Like a job interview, an investor interview involves a good amount of preparation. Since the stakes are very high, you’ll want to be very thorough but without being long-winded (but on this later). You need to find out everything you can about the firm and find out the types of start-ups that they normally invest in.

Aviel Ginzburg, a general partner at Founders’ Co-op, suggests that you prepare the answers to a list of 24 questions before you get in the room. Some of those questions include:

Answering these questions will show you if your pitch is strong enough to convince investors of the viability of your idea.

‘Based off how you go through that, we can really quickly figure out if we are going to waste your time; if you’re going to waste our time; and most importantly, when we meet together, can we make the most of it.’

The last thing you want is to lose your audience and have them adjudge that you’re not worth their time. There’s no coming back if this happens. Do your research and then tailor the pitch to your target firm.

Do you consider yourself a good storyteller? Are you 100% confident that you can pitch the idea without a preparation deck? If not, it’s better to play it safe and stick to PowerPoint or similar.

This is what Bill Gurley advises for everyone who isn’t sure that they can nail the pitch with narrative alone. To give you an idea, Gurley has invested in a host of successful start-ups, including Zillow, Grubhub, and OpenTable.

Gurley has the following to say about it:

‘Going deck-less can be a risky move, and here is why. Investors are not solely evaluating your company’s story. They are also evaluating your ability to convey that story.’

He goes on to explain that effective communication is the key to winning investors over. You must have a clear structure and litter with strong points throughout. If not, your story probably won’t be convincing enough for someone to take a risk on.

Of course, this doesn’t mean that it’s impossible to get VC without a deck. But if this is your first time pitching an idea, you should stick to what works and avoid taking any undue risks.

This goes hand in hand with the above point. Just because you shouldn’t rely solely on your story doesn’t mean that it shouldn’t be powerful. You need to tell a compelling story to move the investors into believing.

Jeff Jordan, who invested in Airbnb, Pinterest, and Instacart (among other companies), singles out Brian Chesky as an example.

How so? Chesky’s story had ‘his entire company laughing and crying within five minutes.’

Remember that you’re pitching to investors who know little to nothing about you or your idea. Because of this, they won’t be able to share your passion unless you ignite it in them. To do this, you must be an exceptional communicator who can draw people in.

The good news is that you don’t need any special skills to accomplish this. You only have to practice until the story sounds strong and persuasive. Take your time and tweak anything that might sound weak or off. Whatever you do, don’t go into a VC firm before you’re 100% confident in the story.

Standing in front of the investors, you might feel the need to tell them everything about your idea. Some entrepreneurs even talk about themselves in great detail. They think that this will persuade investors to believe in them.

But not so in the opinion of Union Square Ventures’ Fred Wilson. During his career, Wilson has invested in start-ups that grew into tech giants like Twitter and Etsy. It’s safe to say that Wilson has an eye for start-up ideas that work.

So, what does Wilson expect from a pitch?

First, he wants a conversation and not a monologue. If you keep talking without giving the VC people a chance to respond, you’re likely to lose them. You must engage them in a conversation in an effort to get them interested in your idea.

And when you speak, keep it short and to the point. As Wilson puts it:

‘Like many things in life, less is more in fundraising slides. You can explain your business in mind-numbing detail or you can inspire an investor and let them imagine. Guess what works better?’

When you write down your pitch, go over it to see if there’s any superfluous information that can come off. And then do it again. Repeat this until every line adds value and gets you closer to a deal.

In many cases, your final version will be very different from the original. This is a good thing, as it means that you’ve tightened the pitch and made it more impactful. In essence, you want to say as much as you can in as little as possible.

5. Peter Fenton – Have a Sharp Focus

This doesn’t just go for your pitch but the entire business idea.

Peter Fenton of Benchmark Capital believes that focus is vital for a young company. After investing in start-ups like Twitter and Quip, Fenton found a pattern of success in many of the successful start-up. Fenton explains this much:

‘Venture people want to back big ideas and big markets that will lead to big companies, but when you go back and look at the big winners, they usually started with very little capital and very focused offerings.’

For example, Fenton describes Google’s humble beginning as a page-ranked search engine. Similarly, eBay began as a website for collectibles. Over time, these companies branched out into and got good at other markets. But what’s needed in the beginning is one core idea good enough to make noise in the particular market.

When defining your business, you don’t want to be all over the place. Think about the one big problem and the one big solution. Highlight your core idea in the pitch without watering it down. In the future, you’ll have plenty of time to think about where you want to go. But to get your business off the ground, focus on one idea and communicate it as best as you can. 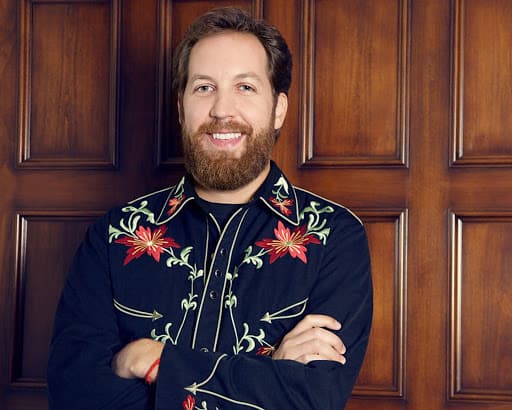 Chris Sacca is one of the world’s most prominent VC persons. He’s put his money in some of the most well-known American start-ups such as Uber, Twitter, Kickstarter, and Instagram. It wouldn’t be wrong to say that Sacca has a nose for the next big thing.

To win over a VC firm or person who’s been around the block, Sacca suggests for you to know your numbers well. More specifically, you should know exactly how much money you need.

In an episode of This American Life, Sacca informed Alex Blumberg in no uncertain term that his pitch needed some tightening. After Blumberg stated that he ‘thinks’ he’d need around $1.5 million and then worked it up to $2 million, Sacca responded:

‘No, no, no. You’re looking for a very specific amount of money.’

Going with a ballpark figure puts you under an unprofessional light. The investors might come away thinking that you don’t understand your own idea all that well. So be brave and believe in your own estimation – come up with a specific figure.

In closing, there are a number of things that you need to cover to deliver a strong pitch for getting the coveted funding. VC firms and persons want to see a confident entrepreneur who believes in their idea without a speck of doubt. More importantly, they want someone who can convince them to believe in the idea with the same degree of certainty.

With the tips covered above, you can craft a pitch that perfectly communicates your idea. Remember to keep it short and punchy with lots of emotional value. Work on the pitch beforehand and never appear unprepared in front of potential investors. You get one shot and usually no more, so you know what you have to do with that single shot.