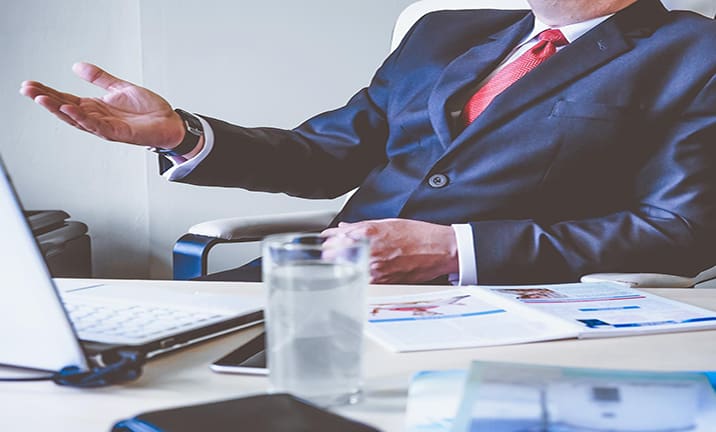 7 Business Tips from the World’s Leading Entrepreneurs (Including Musk, Buffett and Branson)

You’ll face all sorts of challenges when running a business. For example, you may need to figure out some ways to improve sales productivity. These world famous entrepreneurs have the answers you’re looking for.

As successful as you may be as a business owner, there are always things you could do better. Perhaps you want to lessen the effects of poor time management, but you don’t know where to start. Or, you’re looking for some useful ideas to increase sales.

You could spend your time poring through books in an effort to find the answers to your questions. Or, you could take some advice from the people who do it best.

People like Richard Branson, Elon Musk, and Warren Buffett have all achieved massive success. Who better to learn from than those at the top of their field?

With that in mind, we’ve decided to compile some useful tips that cover all aspects of running a business. From useful sales secrets, to some time management tips for professionals, these tips run the gamut of the business world.

Elon Musk has almost become a brand unto himself. The head of Tesla and the SpaceX program, Musk has amassed a personal fortune of over $21.1 billion during his career. Part of Musk’s success is down to the fact that he always seems to be at the forefront of innovative technologies. However, he has never forgotten the basic importance of listening to what his customers have to say.

Take a recent Twitter exchange between a Tesla customer and Musk. The customer tweeted Musk directly to complain about the pushy approach a Tesla salesperson had taken with her.

Musk has always valued the power of word of mouth as part of his business strategy, so he jumped into action.

His response was simple: “Def not ok. Just sent a reminder to Tesla stores that we just want people to look forward to their next visit. That’s what really matters.”

This immediate reaction serves several purposes. It allows Musk to reaffirm his vision with his staff. Furthermore, it shows the customers that they matter.

In reacting well to customer feedback, Musk maintains his company’s reputation. He also keeps a potential customer interested. This teaches us that, in the end, the customer matters most in business. If you can’t satisfy the people you sell to, you won’t last long.

If you’re trying to avoid the effects of poor time management, take some inspiration from the time management of great persons. Take Richard Branson as the perfect example. The billionaire mogul has dipped his toes into all sorts of ventures. From Virgin Records, through to his airline and Virgin Galactic space venture, Branson always seems to have lots on his plate. So how does he handle his time?

He has a simple piece of advice: “Manage your Blackberry. Don’t let it manage you.”

Branson receives over 300 emails a day, which would be enough to bog anybody down. If he allowed himself to get distracted from his objectives everytime the phone pings, he wouldn’t get anything done.

You can’t allow such distractions to prevent you from working toward your goals.

If something doesn’t serve your business aims, don’t do it. That goes double for distractions.

Branson sets aside a block of time to handle his messages each day, then he puts his phone away. Do the same, and you’ll be able to focus more on your work.

Rare is the occasion where a business achieves instant success. Most entrepreneurs slog for years before they achieve success.

This was the case for both Sara Blakely and Kathy Ireland. Blakely is the founder of Spanx, and has an estimated net worth of $1.1 billion. Ireland is a former Sports Illustrated swimsuit model who has built her own business empire that’s worth $2 billion.

So, what do these two remarkable entrepreneurs have in common? Both experienced rejection on a massive scale before they finally achieved success.

Blakely offers this story about her early days as an entrepreneur. “I would wake up in the morning and drive around cold-calling from eight until five,” she says. “Most doors were slammed in my face. I saw my business card ripped up at least once a week, and I even had a few police escorts out of buildings. It wasn’t long before I grew immune to the word ‘no.’”

Ireland has her own take on rejection from her days as a model. She says: “The people in charge of hiring would look us up and down and dissect us right in front of our faces. I was rejected a lot. It hurt at first, but I soon learned that it was just part of the process.”

In short, both had to deal with the word “no” a lot before they were able to break through. New entrepreneurs, in particular, must understand the importance of tenacity. “No” doesn’t mean that your product isn’t good. Sometimes, it just means you have to keep searching for the right opportunity. The prospect of rejection is one of the sales secrets that few entrepreneurs prepare themselves for.

Arianna Huffington and Brian Halligan – Take Some Time to Pause

The founder of The Huffington Post, Arianna Huffington, is also a successful author. Even with everything she has on her plate, Huffington finds time to pause each day.

“Take a colleague and go to a cafeteria or go to a table away from your desk in your office and have lunch,” she says. “Even if you take 20 minutes to do that, it’s more recharging than what so many of us do, which is eating lunch while working.”

How many of you get so engrossed in your work that you take lunch at your desk? You may even forget to eat entirely. Kudos on your work ethic, but you’re also struggling with the effects of poor time management. If you can’t step away for a few minutes, something isn’t going according to plan.

Pausing doesn’t just give you the chance to recharge. It also offers you some time to think. That’s the opinion of HubSpot founder Brian Halligan.

He says: “I try to think a lot and try to increase the amount of time I spend thinking about things versus on the phone or in a meeting,” he says. “I see people working a lot, and I say ‘what’s your time spent thinking versus working?”

Taking time to pause isn’t just one of the most effective time management strategies. It may be your pathway to a new idea that could change how you do things.

Running a business isn’t just about managing your time and coming up with sales secrets. You also have to know how to build an effective team. Take some inspiration from the people who know what makes a successful sports team. It’s remarkable how much of the advice from championship winning coaches applies to the business world

He says. “Once you’ve done the mental work, there comes a point you have to throw yourself into the action and put your heart on the line.“ That means not only being brave, but being compassionate towards yourself, your teammates and your opponents.

The emotional bonds you form with your team are just as important as the professional bonds.

If you don’t understand what each individual wants and aspires to, you can’t build world class teams. Phil Jackson’s compassionate approach gets the most out of his teams. That’s why he won so many championships during his career.

As the CEO of Berkshire Hathaway, Warren Buffett has built a personal fortune of over $80 billion. One of the most successful investors of all time, Buffett constantly makes decisions regarding the tasks that are worth his time. He has one of the simplest time management tips for professionals.

You won’t just hear “no” a lot as a business owner. You also have to say it.

Warren Buffett’s method means that he doesn’t take on more than he can handle. This leaves him in control of his workload, so he doesn’t end up feeling overwhelmed.

That makes saying “no” one of the most effective time management strategies. Follow Buffett’s lead and refuse anything that doesn’t serve your business’ goals.

Bill Gates – Remember to Help Others

The co-founder of Microsoft, Bill Gates now dedicates much of his time to charity. Along with his wife, Melinda, he oversees the work of the Bill & Melinda Gates Foundation. Of course, you may know him best as a multi-billionaire technology mogul.

Through it all, Gates has always had great respect for the people who have helped him along the way. Instead of focusing solely on personal success, he does whatever he can to help others. That’s the point behind his charitable foundation.

As he puts it: “We make the future sustainable when we invest in the poor, not when we insist on their suffering.”

Investing in your people ensures the longevity of your business.

Yes, Gates’ quote focuses on his charitable work. However, you can apply the reasoning behind it to your business.

You would not be where you are today without the help of others. If you’re still climbing the ladder, you know you aren’t doing it alone. The most successful entrepreneurs remember this fact. As a result, charitability has become one of the most distinct characteristics of billionaires.

Give of yourself, and you’ll get your rewards.

You can’t run a business if you only focus on one aspect. You have to understand sales secrets, manage your time, and build effective teams. Furthermore, taking time for yourself so that you can think will ensure you don’t miss issues that affect your business.

Follow the advice of these world-beating entrepreneurs and coaches. If you can pull it all together into a single package, you have a recipe for business success.