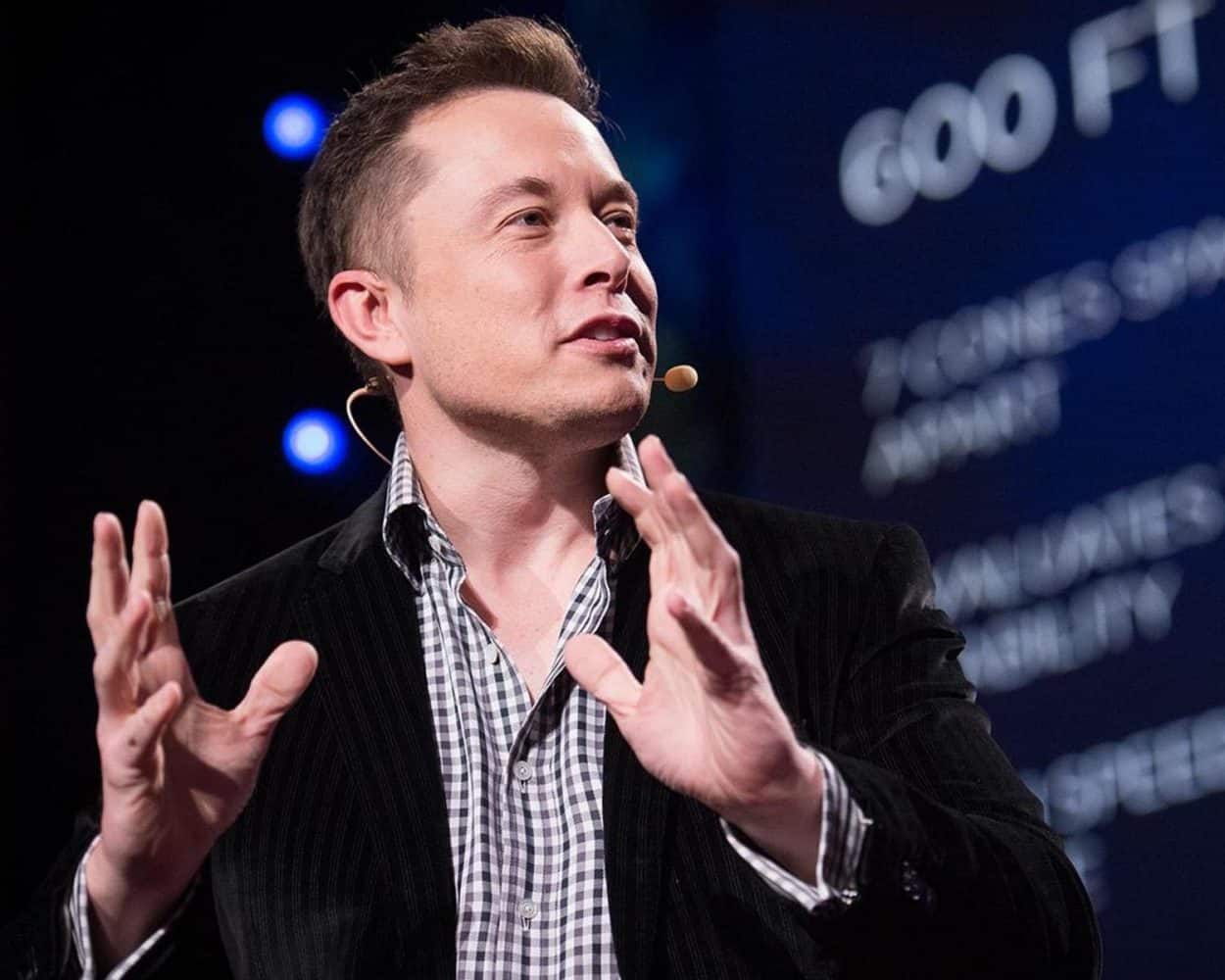 A Day in the Life of Elon Musk

The daily routine of billionaires such as Musk can provide some insight into how they achieve success. This routine provides hints about the habits of self-made billionaires. To prove that point, let’s look at what we can learn from his daily routine.

Everybody has a daily routine. It doesn’t matter what role you work in or how much your work life changes on a daily basis. There are still things that you do every day, without fail.

Some people don’t have the best of routines. They crawl out of bed in the morning and rush to get ready for work. They may skip parts of their routine because they haven’t given themselves enough time. That messes up the entirety of the rest of the day. A chaotic start breeds a chaotic day.

Elon Musk is an excellent example. Musk always has several irons in the fire when it comes to his work. But he also has a set daily routine that provides some insight into the habits of billionaires.

This article examines that routine in more depth. It then provides some examples of the habits of self-made billionaires.

So, what does the average day look like for Elon Musk? You may think that such a busy person can’t have an average day. But Musk has provided some insight into the daily lives of billionaires. Here’s what his routine looks like.

Like many billionaires, Musk believes in waking up early. In a recent Reddit AMA, he told questioners that he wakes up at 7 am every morning. Moreover, he gets about six hours of sleep every night. That sort of routine may sound familiar to many people reading this.

However, Musk does differ from many people in one respect. He usually skips breakfast because he wants to get on with his work as quickly as possible. Musk makes time for a shower every morning. But after that, he usually jumps straight into his work.

Musk has gained a reputation for being an extremely hard worker. With his morning routine out of the way, he jumps straight into an 80+ hour work week.

He has two key companies that he dedicates most of his time to – SpaceX and Tesla.

Musk works at SpaceX on Mondays and Fridays. Sometimes, he’ll also spend a portion of Saturday working at the company. However, he packs a lot into those days. Some estimate that Musk works at SpaceX for about 40 hours every week. That’s the same amount of time that most people work for a whole week. Musk packs that into two or three days.

He spends the rest of the week at Tesla. You’d think he may ease off after working so hard on one project. But Musk typically packs 42 hours of work into those three days at Tesla.

On top of all of that, he often fits half a day’s work into the OpenAI project. This is a non-profit organisation that focuses on helping AI achieve wider use.

Let’s take 82 hours as Musk’s average working week. This means that he spends a little over 16 hours at work every day.

When working, Musk has a few smaller routines that help him along. He breaks his working days into five-minute chunks. Each chunk has a specific objective. The technique helps him to focus on something specific, even if it’s just for a small period of time.

Musk also uses an obscure email address. This prevents people from spamming his inbox, thus ensuring he only receives important emails. Anybody who’s found that email inbox distracting them knows why this is a good habit. He also tends to turn off his phone while working.

As for eating, Musk applies a similar routine to his breakfast philosophy. He’ll eat as quickly as possible to allow him to get to work faster, assuming he eats at all. Lunch for Musk is usually a five-minute rush while he’s in the middle of a business meeting.

You’d think that Musk would slow down once he’s finished his working day. After all, he’s only left with about two hours to spare if he’s to get his six hours of sleep.

But his after work schedule demonstrates how hectic the daily routine of billionaires can be. Musk may go for a workout once he’s finished his working day. The man himself estimates that he goes to the gym twice per week. He also often attends business dinners after work. While less formal than his working days, these dinners highlight something important about Musk. They show that he focuses on business even when he’s not actively working.

But Musk does wind down on some occasions. Even on the nights he takes off, he still keeps his brain active. Musk enjoys reading and often buries his head in a book after a busy workday.

Then, it’s lights out between 1 am and 7 am. It all starts again the next day.

What About the Weekends?

Musk’s weekends are a little less regimented than his weekdays.

On Saturdays, he may work at SpaceX to reach the 40 hours per week mentioned above. This is particularly the case when he’s working on a major project. However, he often uses Saturday to spend time with his five sons too.

Sunday is usually Musk’s day of rest. He may spend the day travelling to a new location. Or, he may put his feet up in his mansion and reflect on the week that’s just gone by.

The Habits of Billionaires That You Can Learn

The schedule above gives you some insight into the characteristics of billionaires. Musk clearly works harder than most people, yet he still finds some time for himself and his family.

Let’s now take a look at some of the habits of self-made billionaires that you can draw from his schedule.

Musk’s use of a weird email address highlights one of the important characteristics of billionaires. They understand that small distractions can cause major problems. Musk doesn’t want anything to interrupt him when he’s in his work mode. If something does, it’d better be important.

The ability to prioritise tasks and prevent distractions is one of the key habits of billionaires. They don’t allow small distractions to take their focus away from what they want to achieve. A full inbox may lead to you spending hours on busy work that doesn’t serve a purpose. A random phone call can lead to 30 minutes spent on a needless conversation. For a man who splits his working days into five-minute segments, that’s a lot of working time poured down the drain.

Habit #2 – They Have Set Night and Morning Routines

Musk’s six hours of sleep per night may not seem like much. But it’s the routine that surrounds it that makes it one of the key habits of billionaires. Musk works so hard during the day so that he doesn’t have to work through the night. He gets enough sleep to reenergise himself for the next day.

It’s important to point out that Musk’s particular routine isn’t the habit that you should pick up. Having the routine in the first place is the most important thing. Other billionaires wake up at different times or do different things with their mornings.

In many ways, you can see a business-like approach here. A billionaire wants to achieve something specific with these routines. At night, they want to get to sleep efficiently to refuel themselves. In the morning, they want to prepare for the working day. They have goals in mind and have created routines to meet those goals.

As mentioned, Musk works for over 80 hours every week. He’s also constantly working through his lunches.

Compare that to the average workweek in Australia, which is 33 hours per week. It’s no wonder that working long hours is one of the key habits of billionaires.

Musk pushes himself further than most people do in the pursuit of his objectives. It’s not just about working long hours either. One of the key characteristics of billionaires is that they make the time they spend working count. They’re constantly productive, which means none of those hours get wasted.

Habit #4 – They Keep Their Bodies and Minds Active

The final key habit shown in Musk’s daily routine is his desire to keep his body and mind active outside of work. Musk spends time in the gym each week and reads often. Both activities provide an escape from work. But they also keep him sharp. In that respect, they actually serve a purpose when it comes to his success.

That’s something that you’ll notice in everything that Musk does. There’s no wasted time. When he’s not working, he’s keeping himself engaged in other ways. Rarely does Musk spend any time doing nothing.

If you’re trying to create a formula for success, look no further than the daily routine of billionaires. You’ll see just how much they differ from the rest of us when it comes to work ethic. You’ll also notice that everything that they do serves a purpose.

In Musk’s case, his routine involves the following:

You may notice some common threads between your own routine and that of some billionaires. But it’s how you use your routine to your advantage that will define your success in business.

That’s where CUB Network can help. At CUB our ambition is to unite those who are changing the world through their businesses. We support these people by building a private community of Australia’s next titans of industry. And we bring these titans together to accelerate the achievement of each other’s ambitions.