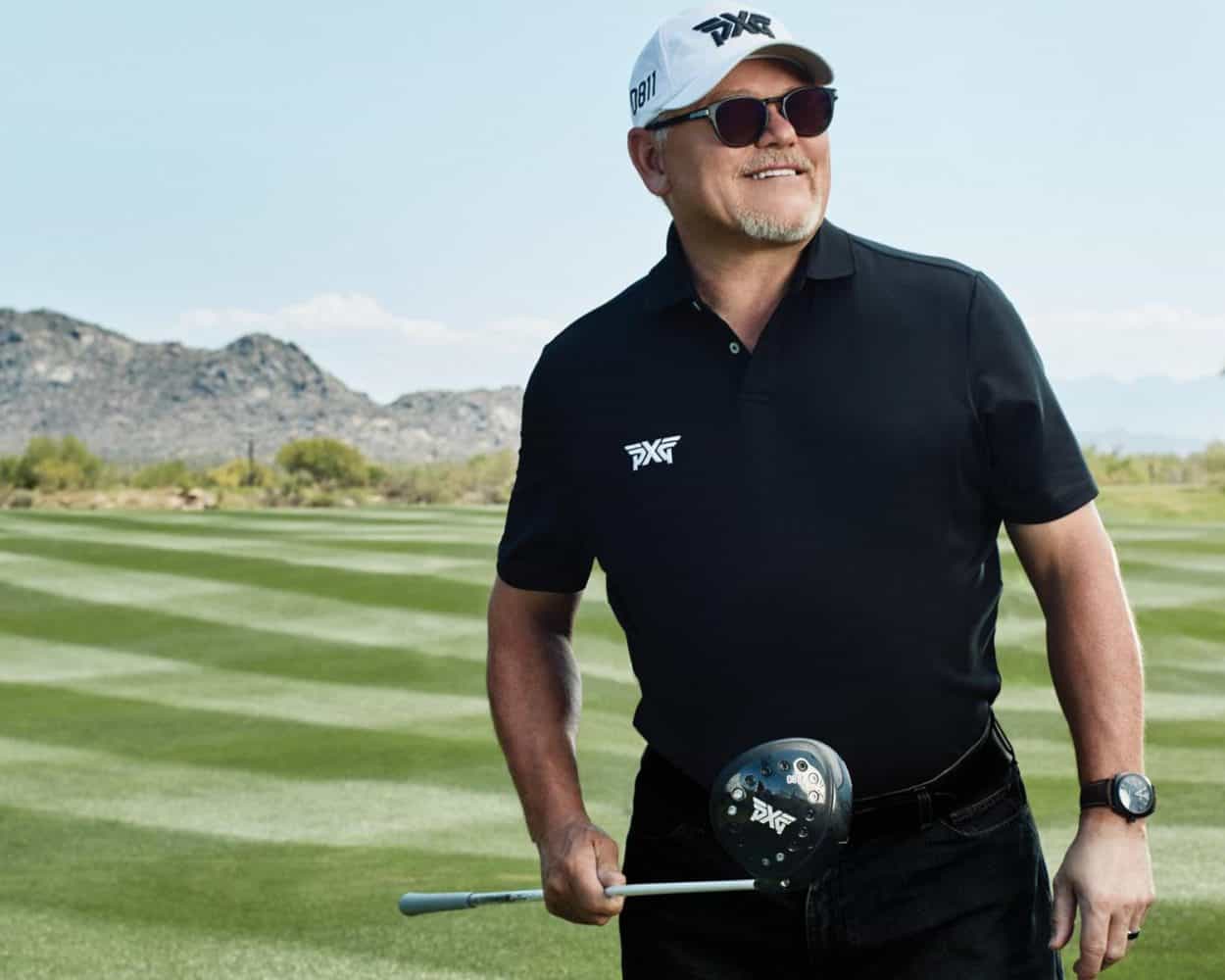 The Founder of GoDaddy.com knows how to become a billionaire. In fact, he’s written 16 rules on the subject. This article examines 10 that you can apply to your business.

If you haven’t heard of Bob Parsons, you may have heard of his company.

In fact, your company may even use the company he founded for your website hosting.

Bob Parsons is the extravagant mind behind GoDaddy.com. Though he’s sold his stake in the company, he continues to excel in the business world. In addition to owning several shopping malls and a golf club, he also operates an ad agency.

More importantly, Bob Parsons has a net worth of US$2.7 billion.

Naturally, that means he exhibits many of the characteristics of billionaires. He’s also a great source of information about how to become a billionaire.

Parsons believes in spreading his knowledge to help others reach his level of success. This led to the creation of his 16 rules for success.

Rule #1 – Concentrate On Yourself More Than Others

There’s nothing more important than your own company. However, many entrepreneurs spend more time analysing the competition than themselves.

Parsons points out that the grass isn’t always greener on the other side.

“When you look at your competitors, remember that everything looks perfect at a distance,” he says.

“Even the planet Earth, if you get far enough into space, looks like a peaceful place.”

Here’s what he’s saying: Your competitors may achieve success. But that doesn’t mean that their companies are perfect. There may be all sorts of problems hiding out of view that may cause them issues in the future.

Focusing too much on what others do means you’re not focusing enough on yourself. Draw inspiration from others, but don’t let your competitors influence your business decisions. Making a decision that works for your company is always more important than trying to copy what others do.

Making quick decisions is one of the key habits of billionaires. Parsons isn’t the only entrepreneur who thinks so either. Amazon CEO Jeff Bezos agrees with the point, as seen in his 2016 Amazon shareholder’s letter. In it, he speaks about the importance of high-velocity decisions as a way to avoid the effects of poor time management.

Parsons offers up a quote from famed United States General George S. Patton to prove the same point. Patton said “A good plan violently executed today is far and away better than a perfect plan tomorrow.”

Waiting until you have all of the information isn’t the best choice. Neither is delaying your decisions because you’re scared that they may go wrong. If you wait too long, your competitors will pass you by.

Patton’s quote may relate to a wartime scenario. Attack first to prevent the enemy from doing so. Parsons applies that same mentality to his business. If you make your decisions faster, you get ahead of your competition.

It often feels as though the pursuit of success is an all-encompassing race. You can’t even bring yourself to see anything that doesn’t affect your business.

Parsons points out the damaging effect this can have. As he puts it: “Lighten up. Often, at least half of what we accomplish is due to luck. None of us are in control as much as we like to think we are.”

That’s not to say that entrepreneurs don’t have control of their futures. One of the key characteristics of billionaires is the constant pursuit of success.

However, that pursuit cannot come at the cost of you as a person. What Parsons is really saying here is that you’re human. This means that you have flaws and foibles. Take some time for yourself and step back from your work every once in a while. It’ll still be there when you get back.

Lightening up a little reminds you of why you’re working so hard and may offer you a different perspective.

Parsons also recognises the importance of striving towards success. He understands that many entrepreneurs feel the urge to quit. After all, he felt it himself. Every setback causes you to pause for thought and really think about whether you’re making the right choices.

“Almost nothing works the first time it’s attempted. Just because what you’re doing does not seem to be working, doesn’t mean it won’t work,” he says.

“It just means that it might not work the way you’re doing it. If it was easy, everyone would be doing it, and you wouldn’t have an opportunity.”

What you may see as a failure is often a short-term obstacle on your way to greater success. Pushing forward when something goes wrong is one of the 10 habits of self-made billionaires.

Parsons expands on his point about focusing on yourself as one of the key characteristics of billionaires. He believes that looking inwards for solutions to business problems gives you an advantage.

“You’ll find that by coming up with your own solutions, you’ll develop a competitive edge,” he says.

“There’s also an old saying that I remind myself of frequently. It goes like this: ‘A wise man keeps his own counsel.’”

Parsons isn’t recommending that you believe that you’re the only person who can make a correct decision. Instead, he’s warning against the dangers of letting others define your path for you. People in your organisation will have ideas that can help you to achieve your business goals. But that’s internal innovation that serves the collective good.

Copying your competition to try and emulate their success means you’re always playing catch-up. Your mind loses its sharpness too, making it a struggle to innovate when you really need to.

As an organisation grows, it becomes easy to overlook processes and teams. Everything may appear to chug along nicely on the surface. This even causes you to dedicate less energy to a certain aspect of your business.

Parsons points out how dangerous this is.

“If you want to uncover problems you don’t know about, take a few moments and look closely at the areas you haven’t examined for a while. I guarantee you problems will be there,” he says.

Here’s what he means. Every organisation has problems. There is no perfect business.

However, you can’t know what problems to solve if you don’t examine everything.

A department that seems to be on top of things may not align to your vision.

A process take seems to work may, in fact, create inefficiencies that become major problems later.

You won’t know unless you’re constantly on top of what’s happening in your organisation. If you can’t do that yourself, put people in place who can. Most importantly, listen to them.

Parsons returns to the point of decision making with this rule. He says that many entrepreneurs don’t know what negative consequences may come from their decisions. This uncertainty leads them towards delaying their choices even more. And, as Parsons says, fast decisions is one of the habits of billionaires.

He says: “Very seldom will the worst consequence be anywhere near as bad as a cloud of “undefined consequences.” My father would tell me early on, when I was struggling and losing my shirt trying to get Parsons Technology going, “Well, Robert, if it doesn’t work, they can’t eat you.”

There’s an important point here. Confront the worst possible scenario for every choice. Accept it and create a contingency plan if it happens. If you don’t, your imagination runs wild. This prevents you from pushing forward.

Comfort is the enemy of innovation. If you’re not looking for ways to improve, your competitors will overtake you.

Parsons says the same. “I believe that not much happens of any significance when we’re in our comfort zone,” he says.

“I hear people say, “But I’m concerned about security.” My response to that is simple:  ‘Security is for cadavers’.”

Here, Parsons defines another of the characteristics of billionaires. Pushing towards the new ensures your business thrives. When you’re comfortable, you stagnate. Others innovate around you and you’re doing nothing to keep up.

Stepping outside your comfort zone shows that fear has no hold over you. You receive the courage needed to make bold decisions on behalf of your business.

Entrepreneurs hear the word “no” often. There’s always somebody in the way who thinks your ideas won’t work. They’ll push you around and stifle you to try and make you follow their vision.

Sticking to their status quo is not how to become a billionaire.

Refusing to take no for an answer is one of the characteristics of billionaires. Just because somebody tells you that you can’t, doesn’t make it so. They may not see what you see. Or, they may have their own reasons for holding you down.

This comes back to one of Parsons’ central themes with his rules. Billionaires don’t let other people choose their paths for them.

Do you want to know one of the habits of billionaires that sets them apart?

It’s their ability to recognise that life doesn’t always go the way they want it to. But that’s no reason to give up.

“Life isn’t fair,” says Parsons. “You make your own breaks. You’ll be doing good if the only meaning fair has to you, is something that you pay when you get on a bus (i.e., fare).”

Here’s why this one of the most important habits of billionaires. Getting caught up in the “unfairness” of life takes your attention away from your goals. You devolve into self-pity and shatter your confidence.

How can you move forward when you think you’re destined to fail?

Parsons says that you make your own opportunities, even when life gives you a bad hand.

With this list, Parsons offers 10 habits of self-made billionaires.

So, what can you take from this?

Parsons says that striving towards your goals, no matter the obstacles in your way, is key. Don’t let people tell you “no”, but recognise that not every idea will work. Reflect on and analyse what you do. You’ll learn from your mistakes and come back stronger.

Most importantly, laugh once in a while.