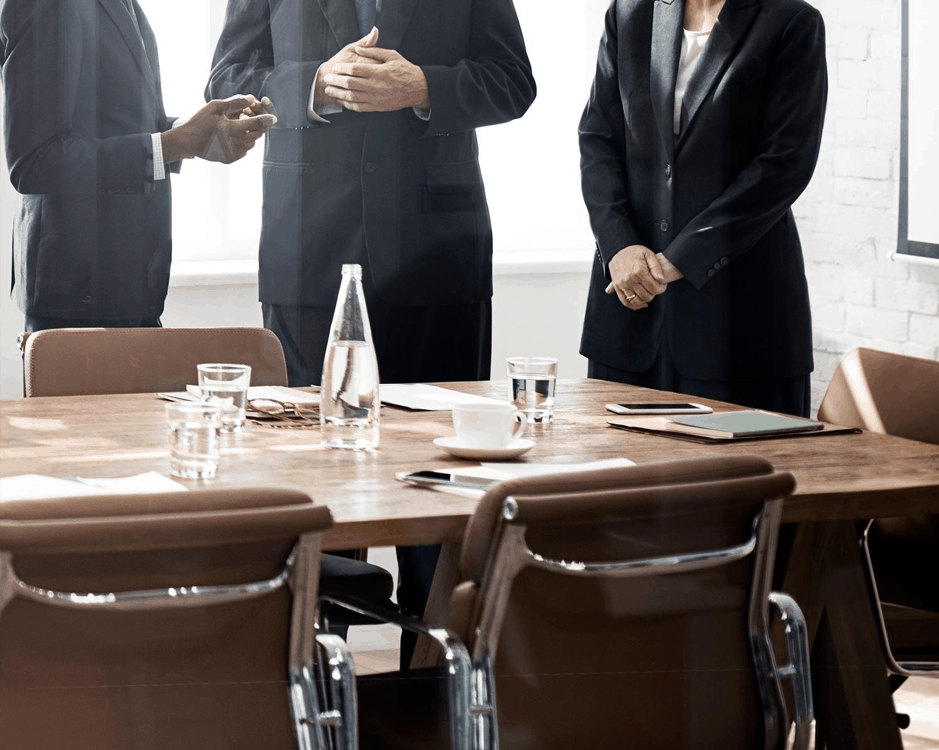 Do you know how to build a successful team? If you don’t, you’re going to struggle to succeed in business. Knowing the key characteristics of a winning team helps you create better results.

A lack of collaboration in your organisation causes serious damage. If the people in your team can’t work together, you’ll see some serious effects on your results. Productivity decreases, as does morale. An unsuccessful team contains members who work for themselves, rather than each other.

That’s not conjecture either. The stats bear it out:

Simply put, you need to know how to build an effective team. This article examines the 10 action areas that need your attention.

The free sharing of ideas is one of the main characteristics of a championship team. Your people must feel secure enough to share their ideas and knowledge with everybody else. That’s how you innovate.

You’ll also often find that your people understand problems with projects better than you. They work on the project daily and can identify where things go wrong and what you can do about it.

The key to encouraging idea sharing is to not punish those who share ideas. Many people avoid speaking up because they’re scared about potentially negative consequences. This could be anything from the failure of the idea to receiving insults for raising it in the first place.

Make it clear that you want to hear from your team. Encourage them to share their ideas with you and each other. This leads to a more creative team that also has a greater amount of trust in you.

Action Area #2 – Inspire Instead of Pushing

If you have a team culture problem, you may have to look inwards for the cause. You can’t figure out how to build a successful team if you’re part of the problem.

Successful teams have leaders that inspire them to do more. A leader must remain motivated and positive, regardless of the scale of the challenges that come their way. After all, your teams will follow your lead. If you don’t care about the work, you can’t expect them to feel inspired by working with you.

The worst thing that you can do is try to push people to work on things that they don’t care about. You’ll end up with demotivated employees who don’t produce results. Instead, show your enthusiasm for your work and the project at hand. Generate the energy that your team can feed off to achieve success in its work. You’re an inspirational force rather than a taskmaster. 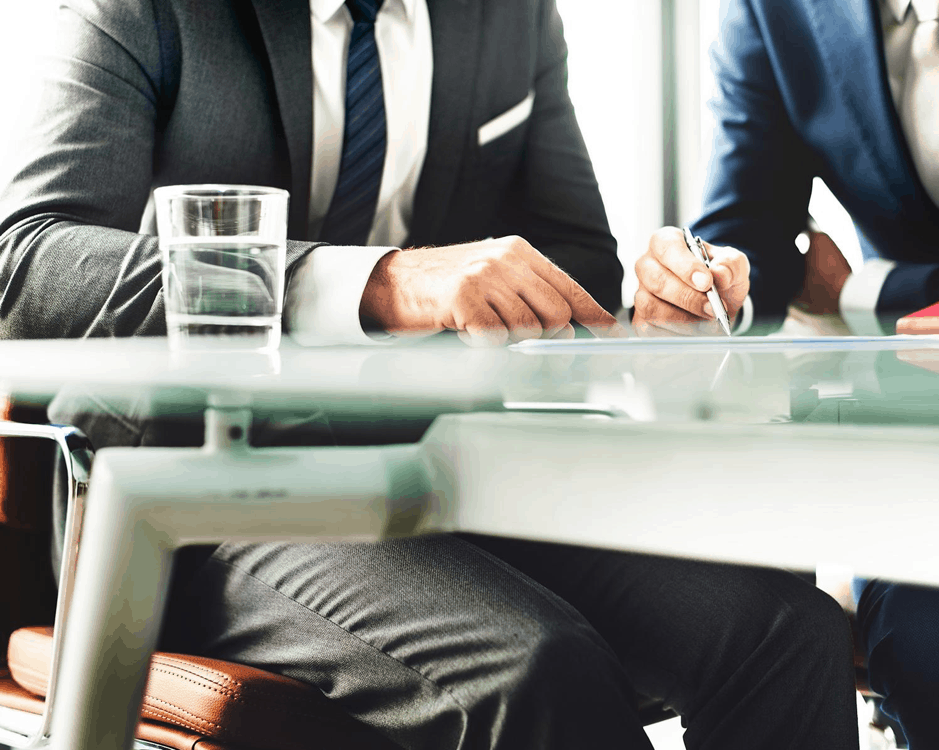 Action Area #3 – Learning About Your Team

How much do you really know about your team members?

Yes, you may know about the skills that they bring to the table. But do you know what drives each individual? What are their ambitions and what do they hope to achieve during their time in your team?

You can’t know how to build an effective team if you don’t know anything about the people in it. If you know what motivates your people, you can set tasks and create incentive schemes that motivate them.

Hold the occasional informal conversation with your team. This serves two purposes. You’ll let team members know that you care about them as people, which strengthens your bonds with them. You’ll also learn more about their personal needs and desires. This provides you with more information that you can use to successfully manage your team.

The larger the team, the more likely it is that conflicts will arise. In fact, an appetite for conflict is one of the key characteristics of a winning team.

Without conflict, you’re left with a group of people who just nod along with every idea that’s presented to them. They don’t really have passion for their own ideas, otherwise they’d fight for them. A lack of conflict may even be a sign that the workplace is so toxic that people don’t feel confident in sharing opposing ideas.

Having a team full of “yes” people may make you feel smart. But it also means that you don’t spot issues with your ideas.

Allowing conflict does not mean that you should encourage the team members to fight amongst themselves. Instead, it’s about listening to every side of an argument. This equips you with the knowledge that you need to make the best possible decisions for the team.

Imagine a game of tug-o-war. There are people on each side pushing in opposite directions. If each side is as strong as the other, nothing happens.

That’s what happens when your team doesn’t have a common vision to work towards. Members will push and pull in different directions without really getting anywhere.

Moreover, they’ll lack focus, which affects their results. After all, if the team doesn’t know where to focus its energy, it’ll end up working on things that you don’t need it to work on.

Sit down with your team and work out your overall goal. You’ll all have different ideas about how to get there, which is fine. But it’s having the vision in place that’s the most important thing. One of the main characteristics of a championship team is a common vision that everybody works towards.

Once you’ve established a larger vision for the team, you need to start looking into smaller goals. This is especially important if the main goal is going to take many months to achieve. Working away without a light at the end of the tunnel lowers the team’s morale. Smaller goals and landmarks offer a boost that can keep people plugging away.

When your team starts a new project, sit down and figure out the steps you’re going to have to take to reach your end goal. These are your landmarks. After that, arrange some form of celebration for when you meet each of these landmarks. These are the little morale boosters that show your team that you appreciate their work.

Let’s use a software development project as an example. Your landmarks may be something like the following:

That’s six landmarks to celebrate instead of just the delivery. This method also has the added advantage of breaking large tasks down so that they’re not as intimidating.

One of the characteristics of a championship team is the ability to recognise the importance of small achievements. They boost morale when the end goal seems a long way away.

Knowing what each person does helps you figure out how to build a successful team.

Each person in the team should have a defined role. This serves two purposes.

Firstly, it makes it easier for you to assign work to individuals. If you know each person’s role, you know what they bring to each project. As a result, you can assign based on employee skill. This means team members work on things that they’re familiar with, which allows them to achieve more.

Secondly, assigning proper roles gives each team member a focus. Everybody knows how they fit into the machine and what you need them to do. This means their energies go into their work, rather than in trying to figure out what to do.

What do you look for when you’re bringing new people into the team?

If you’re only looking at their skills, you’re doing a disservice to the team. You’ll have no idea if the new person fits into the team dynamics until you hire them.

Your hiring policies should revolve around personalities as much as skills. Does the candidate share the same values as you and your team? Is their personality a good fit? Are there any suggestions that they may become a toxic influence on other people?

Skills are always important. But training can improve those. Hiring people who don’t fit your teams on a personal level affects everybody’s morale and productivity. If you’re trying to figure out how to build an effective team, pay attention to your hiring policies.

Did you know that 65% of people believe that they don’t get enough feedback from their managers?

Feedback is an essential part of how to build a successful team. Without it, your team’s members will just assume that they’re doing what they need to do. If you don’t provide feedback, you’ll struggle to keep the team on track.

Moreover, providing feedback deepens your connection to the team. It allows you to celebrate positives as well as provide direction on the issues that the team may struggle with. Managers who offer feedback build more trust with their team members and lead more successful teams.

Arrange regular team and individual meetings. Use these to keep track of team performance and to figure out how you can help the team to achieve more.

If every team interaction relates to work, you’ll end up with a group of people who don’t connect. A key characteristic of a winning team is the members’ ability to have fun together.

Arrange activities that give team members the opportunity to interact outside of the work setting. Arrange nights out where talking about work isn’t allowed. Give the team leeway to hold conversations at the office, as long as they’re within reason.

Simply put, make working as part of the team fun. This will make your employees more enthusiastic about the prospect of coming to work each day. It also strengthens the bonds between team members. This helps with everything from improving communication to strengthening morale.

This covers how to build an effective team. Focus on these 10 action areas and you’ll achieve the following: