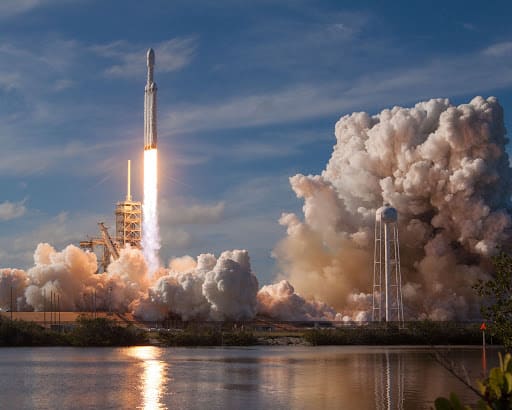 Five of the Fastest-Growing Companies to Reach $1 Billion

Most businesses will never even come close to reaching a net worth of $1 billion. And then there are those that do it so fast that it could make your head spin.

Rapid growth is the dream for almost every business owner.

It shows that you’re onto a good idea. There’s a demand for your products and services. Plus, people have clearly connected with your culture.

Unfortunately, that doesn’t happen for many businesses. Growth is often a slow thing and there are many things that can get in its way. A changing market, struggling infrastructure, and the inability to find the right people can all cause problems.

But that’s not the case for the businesses this article will examine.

Some businesses experience such meteoric growth that it seems almost impossible to keep up with them. A very select few even manage to break the $1 billion mark in just a few years.

Here are five of them.

With its simple name, you’d imagine Bird to be a company focused on helping people to achieve freedom. And there’s something to that idea in its product offering.

Bird is an electric scooter company that aims to make the traffic problem a thing of the past. It’s the biggest in a line of businesses that have a similar aim.

The technology behind the idea is pretty simple. Users download an app, which pinpoints the location of Bird’s electronic scooters in their area. The user finds the scooter, uses the app to unlock it, and then they’re on their way. Once they’re finished, they park up somewhere and tap another button on the app to let Bird know.

The company hopes that its solution will lead to fewer people driving cars. The ultimate ambition is to create a more environmentally-mode of transportation.

In June 2018, Bird became the fastest company to ever reach the billion dollar valuation. It reached the milestone in just 1.25 years.

There are a few reasons why Bird has enjoyed such a meteoric rise.

Firstly, the business model plays a big role in the company’s success. It’s clean and easy for users to find and use Bird’s scooters. Plus, the entire business focuses on an issue that’s important to many younger people. Namely, it tackles the environmental concerns that arise from driving cars.

These electric scooters drag the user’s carbon footprint down. That’s extremely appealing to those in the 20-40 age range.

Dockless scooters have generated major interest among Silicon Valley investors. Many believe that they’ll become the primary way that people get around in busy cities in the future. They offer speed, mobility, and energy efficiency.

The business serves a real need and happens to hit some huge trends. That’s allowed it to generate a buzz. And of course, the fact that the technology works and is in use offers further encouragement to investors. 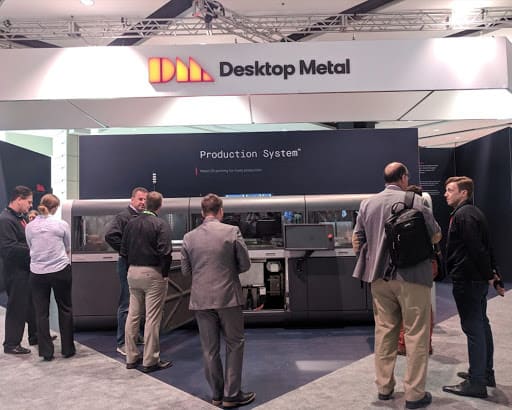 The company manufactures innovative 3D printing technology. Perhaps most importantly, they do it with a focus on making the technology more accessible to professionals.

It’s a simple goal. Yet, it’s one that’s resonated with many in the industry.

In fact, the company offers higher quality than many others in the 3D printing space. At the end of 2018, they introduced the fastest metal printer in the entire world.

The printer boosts print speed by 50% over the next-fastest metal printer. It also does it at a lower cost per part. Plus, the printer offers a build envelope that’s 225% larger than its previous competitor.

Much like Bird, the minds behind Desktop Metal identified a specific need and created a product to fill it. They also sought investment from those who would most directly benefit from their work. A visit to their website reveals that companies like BMW and Ford have invested in them. These are large-scale manufacturers that stand to benefit directly from the company’s product.

Desktop Metal has a desirable product. Plus, they’ve looked for investment in all of the right places.

The World Health Organisation projects that 13 million people per year will die as a result of cancer by 2030.

This alone demonstrates the need for superior treatment and detection methods. The earlier that a doctor can spot cancer, the more treatable the condition becomes.

That’s where GRAIL comes in.

The company is a cancer detection startup that’s created a new cancer screening test. The test uses special gene sequencing technology and has the potential to spot cancer before symptoms manifest.

It’s easy to imagine the potential ramifications. Should GRAIL’s screening fulfil its potential, it could save millions of lives every year. Earlier detection can also influence treatment. This could mean far fewer surgeries and chemotherapy sessions.

At the moment, GRAIL is still little more than an idea. While there’s plenty of science behind it, the idea hasn’t come to fruition just yet. It needs continued development to become both workable and commercially viable.

But it’s the potential that makes it an attractive investment. The world-changing consequences of success make it easy to see why it has generated so much interest.

GRAIL could change everything about how we treat cancer. Being able to screen for the condition before symptoms occur means treatment can start much earlier. This would raise cancer survival rates enormously.

And that would mean the test experiences massive demand from medical institutions from all over the world. That creates the potential for licensing of the technology.

It’s that potential that’s caught the eye of the likes of Bill Gates and Jeff Bezos. They’ve both invested in the firm alongside many other investors.

The fact that science appears to support the idea is also a major selling point. Plus, GRAIL has committed to several clinical studies between now and the early-2020s.

When it comes to smartphones, there’s Apple, Samsung, and then everybody else. For years, the two have waged a battle for supremacy in the market. While there are many other smartphone manufacturers, none enjoys the market share that Apple and Samsung have.

Essential Phone aims to change all of that.

Founded in 2015, Essential’s main selling point is the presence of Andy Rubin. He’s the main mind behind the Android operating system.

Essential has created plenty of buzz among Silicon Valley investors. As a result, the company reached a billion-dollar valuation in just 1.93 years.

Andy Rubin’s involvement is a major factor in the rise of Essential. He’s a tried and tested name in the smartphone world thanks to his involvement in the development of Android.

His presence inspires a level of confidence that most entry-level smartphone manufacturers don’t enjoy. He also likely has plenty of connections that he can lean on to attract funding.

However, Essential’s business model may also play a role in attracting investors.

Even Apple and Samsung found themselves limited due to mobile carriers. Most of their phones in the US market are locked to the specific carrier that provides it. That means consumers aren’t as free to switch carriers as they’d like to be.

Essential changes all of that by unlocking their phones right out of the gate. This provides greater flexibility to consumers, which may make it a legitimate threat to Apple and Samsung. A sleek design and stellar operating system only add to the package.. 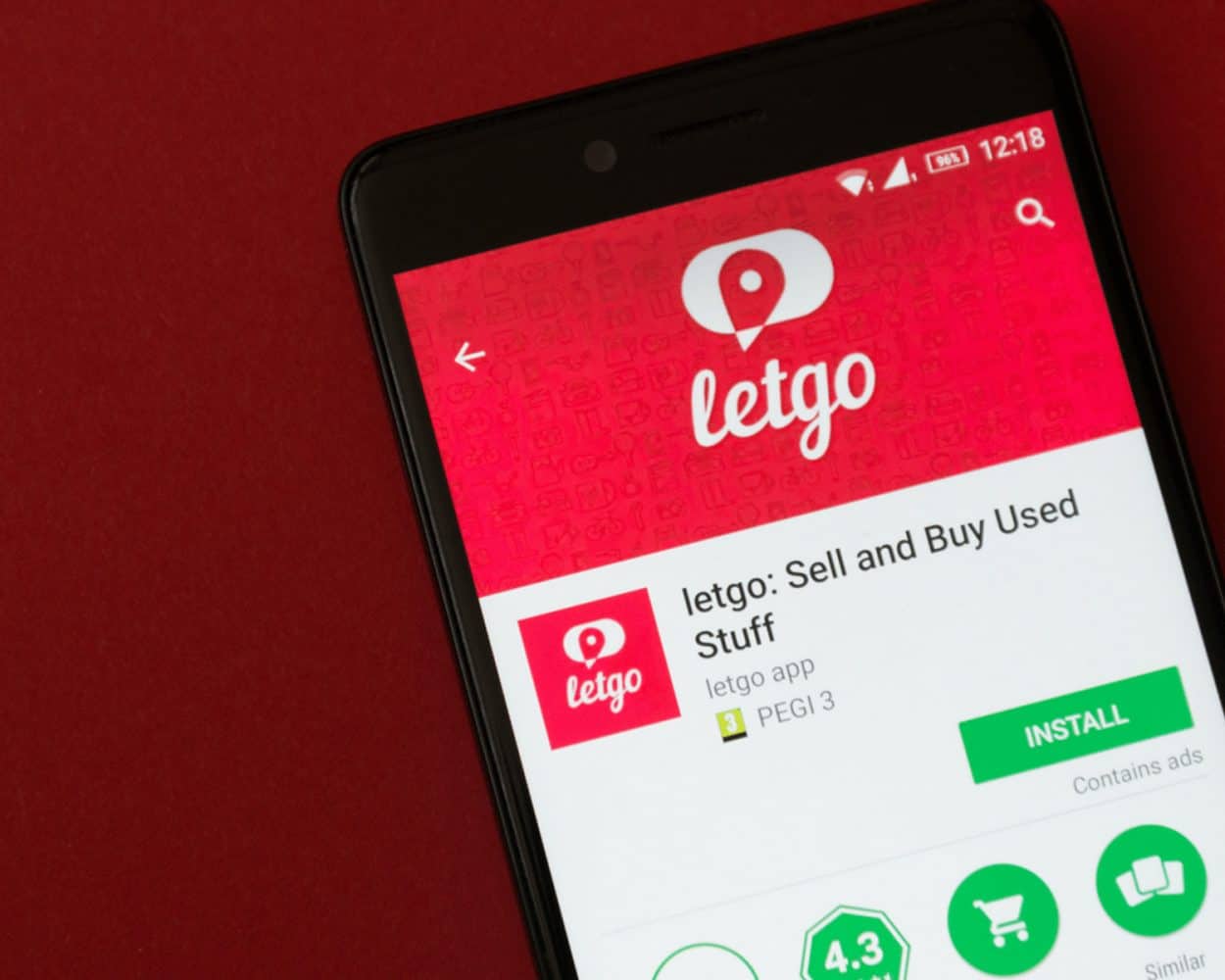 Take a look around your home and you’ll likely find tons of things that you don’t want or need anymore. Often, that stuff finds its way into the trash.

The minds behind letgo aim to change all of that.

The core concept behind the company isn’t particularly new. It’s simply a platform that allows people to sell used stuff to people who may want that stuff. You could argue that eBay and Craigslist offer similar services.

Where letgo differs is that it’s a classified ads service focused on mobile.

It may seem like a minor innovation. However, letgo managed to reach a billion-dollar valuation in just over two years.

The three founders of letgo identified a definite niche in the market.

The company says that in the United States alone, there’s an estimated $381 billion of untouched goods in people’s homes.

Despite this, the ideas behind classified ads haven’t evolved much. Craigslist has been around for a long time without really changing. The desire for a better classified ads solution even manifests on social media. You’ve likely seen buying and selling groups cropping up in your local area.

The key to letgo is that it modernises and mobilises a niche that’s somehow gotten left behind. It makes it simpler than ever before to sell stuff that you don’t need. There’s no login required. And creating a listing is as easy as taking a picture.

The platform also uses geolocation to match buyers to items in their area.

They’re all simple and existing concepts. However, letgo has found a way to bring them all together and create a new platform for classifieds ads.

Investors have paid attention to the potential too. According to a 2015 Goldman Sachs report, online classified ads could generate as much as $50 billion in revenue in 2020.

Positioning itself at the top of that niche has likely led to letgo’s massive growth.

Potential may be the keyword when it comes to these businesses.

Each has the potential to be a massive disruptor in its field. They’re either introducing new ideas or offering innovative twists on existing concepts.

Most of these businesses also fulfil a need in a new way. A streamlined classified ads service fulfils a need. So too does a cancer screening test that could detect the condition long before symptoms arise.

The lesson here is that a great idea that’s well-executed will attract attention from the right people. And it’s also likely that a few connections in the right places don’t hurt either.

That’s where CUB comes in.