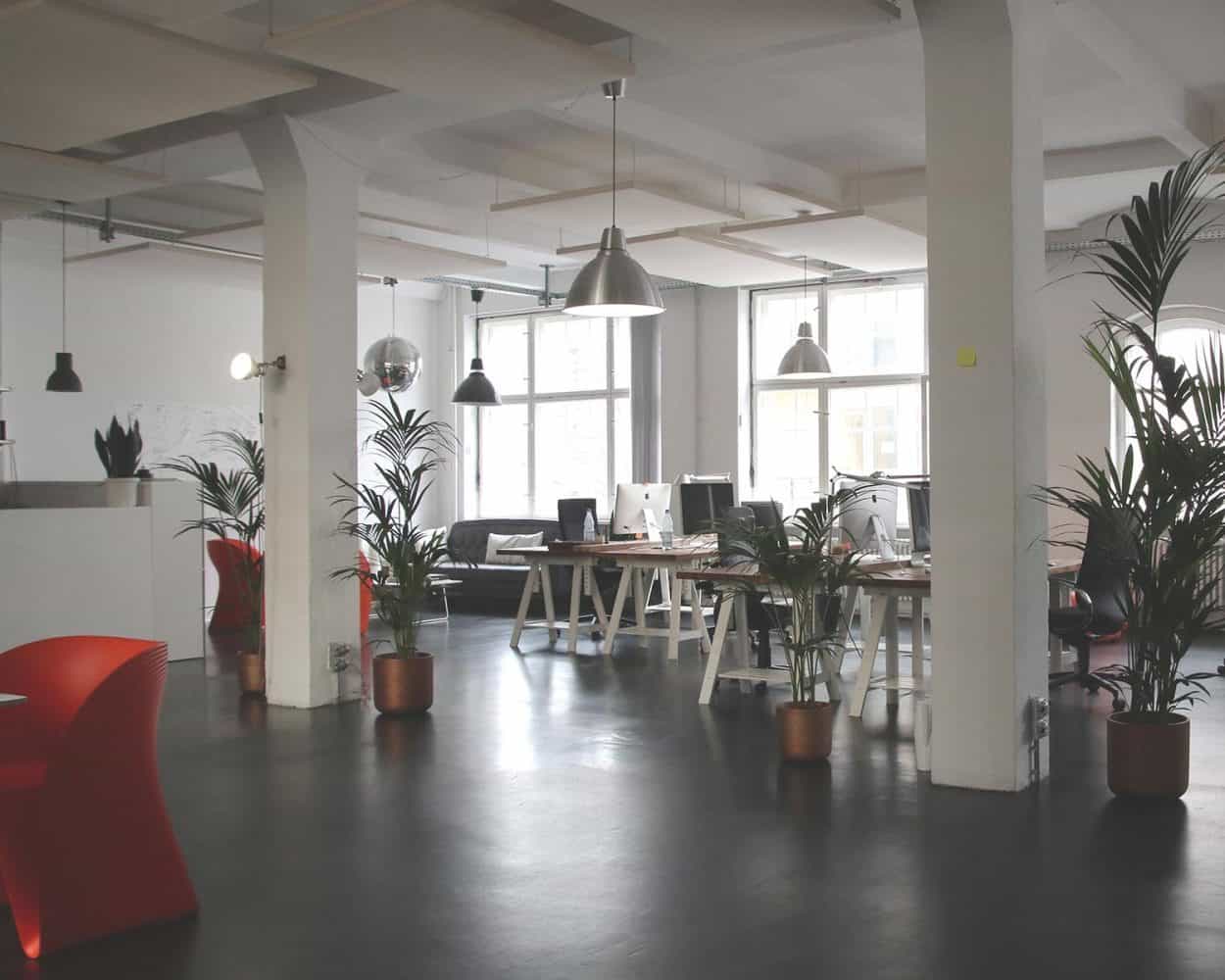 Where should you look to find the best office culture ideas? The most successful companies and entrepreneurs in the world have plenty of ideas to improve company culture.

A company’s culture has a huge impact on how potential customers perceive it. A poor workplace culture results in bad performance and low sales. Employees don’t feel motivated to work for you, so they don’t put their best foot forward when dealing with clients.

Do you want to know how to build an effective team?

You’ve probably tried plenty of culture building activities for teams in the past. However, it’s the people who run successful teams that can teach you the most. The best office culture ideas improve morale, ensuring the success of your organization.

Companies like Groupon have enjoyed success because of their focus on building a great culture. The same goes for many other companies and entrepreneurs. It’s all about your people.

Take inspiration from these team culture examples and ideas to improve your team’s performance.

Since its inception, Groupon has offered businesses the chance to highlight deals. The website attracts people to its clients, bolstering their sales in the process. Groupon founder Andrew Mason says that the company’s hiring practices lie at the heart of its success.

He says: “Hire great people and give them freedom to be awesome.”

It’s simple advice, but it’s something that many entrepreneurs fail to do. The best office culture ideas go to waste when you don’t have the right people. Hiring based on skill alone isn’t enough. You need to consider the individual’s personality, and how well they’ll mesh into your team.

Consider the qualities your ideal candidate must have. Skills come secondary. You’re looking for people who believe in your vision and will do what they can to help you achieve it. Also, give your employees freedom. Allow them to express their ideas and experiment. This may lead to the innovations that drive your company forward.

Zappos CEO Tony Hsieh emphasizes this point. In speaking about his hiring practices, he says: “We wanted employees that really believed in our long term vision and really felt like this was the right culture for them.”

You can train a good employee. However, a bad employee will hamper all your ideas to improve company culture. Look for people who believe in you, rather than those who just want a paycheck.

Dharmesh Shah from HubSpot: Talk About Your Culture

Many leaders believe they’re the only ones who can influence their company’s culture. They have a vision for where the company should be, and base their team-building ideas around that vision.

“…The real return on culture happened when we started getting more deliberate about it. By writing it down. By debating it. By taking it apart, polishing the pieces and putting it back together. Iterating. Again. And again,” he says.

Here’s what Shah means. Your team shapes your company culture just as much as you do. The best office culture ideas won’t work if the team doesn’t believe in your firm’s mission and values. Engage your team, and discuss company culture with them. Take their input into account, and use it to make improvements.

Remember that the people on the ground may understand your customers better than you. At the very least, they may have company-improving ideas. Encourage a free-speaking atmosphere, in which employees can share their ideas. Collectively, you’ll work out how to build a successful team.

Gina Lau, of eSignature platform HelloSign, agrees. She says: “Our secret weapon for building the best culture is open and honest feedback.”

Understand that a company’s culture evolves with its employees. Take new ideas on board, and you’ll keep pace with the changing market landscape.

Stan Slap is a business consultant who has spoken extensively about the company culture issue. During his career, he has worked with Microsoft, Warner Bros., and Oracle to show them how to build an effective team. Slap points out that money isn’t the solution to workplace culture issues.

“A company can’t buy true emotional commitment from managers no matter how much it’s willing to spend; this is something too valuable to have a price tag. And yet a company can’t afford not to have it.”

Throwing money at somebody isn’t all you need to do to motivate them. For most, money isn’t enough to make them passionate about a job they don’t believe in. Take Slap’s advice and look beyond your salary offering when thinking about how to build a successful team. Try to keep employees happy at all times.

A University of Warwick study bears Slap’s advice out. Researchers used four experiments to test 700 people. Some enjoyed treats or watched a comedic movie before the experiments. Others had to speak about family tragedies, or other sad events, before taking on the experiments.

The study found that the people who engaged in the happier aspects of the experiment were 12% more productive. This shows that employee happiness and morale has a notable effect on productivity. Money helps, but it’s not the only way to keep your team happy.

Kip Tindell heads The Container Store, which offers organizational and storage products. More importantly, The Container Store has made the Forbes list of the 100 Best Companies to Work for every year since 1999. In 2016, it ranked at number 49.

The company’s mantra is that “one great person equals three good people”. However, Tindell has other ideas to improve company culture.

“You can build a much more wonderful company on love than you can on fear,” he says.

Your teams aren’t productive when they fear interacting with you. Coming out of your office to bark orders, only to disappear again afterward, does nothing to boost morale. Your team looks to you for inspiration, and they’ll disengage if you treat them poorly.

Make it a point to learn as much about your team as possible. Find out what drives your people, and what you can do to keep motivation levels high. Reward positive workplace behavior and show compassion for your team’s needs. They’ll enjoy working for you, which benefits your company and its clients.

“There’s no magic formula for great company culture,” he says. “The key is just to treat your staff how you would like to be treated.”

The founder of Slack and Flickr, Stewart Butterfield has managed to stay at the top of the technology field for several years. He also encourages cooperation between team members, which likely inspired the creation of Slack.

“One of our values is that you should be looking out for each other,” he says. “Everyone should try to make the lives of everyone else who works here a little bit simpler.”

A little competition can be healthy for a company, especially in its sales department. However, you can’t lose sight of the fact that you’re all working together toward a common goal. Butterfield offers one of the simplest team culture examples with this quote. He emphasizes the importance of helping other team members to overcome obstacles.

Encourage team members to work together, rather than against one another. You’ll cut down on the office politics that often hold businesses back, and benefit from greater productivity.

Wiley Cerilli founded SinglePlatform, serving as its CEO until he sold the company for $95 million in 2012. He believes that the goals you set influence the development of your team’s culture.

“You want to set goals that you can hit, so when you start hitting them, you can celebrate those wins,” he says. “People start trusting in your way of projecting the business.”

In other words, don’t push your team too hard. Setting goals is one of the best office culture ideas, but you can’t shoot for the impossible. Keep your goals manageable to boost team morale. Every goal achieved brings the team together, making to ready to take on the next challenge.

Furthermore, achieving goals indicates progress. As Cerilli says, your team will trust in your company’s vision if they see their work has a purpose. Unachievable goals rob your team of that purpose, which has disastrous effects on morale.

Most organizations have policies in place to dictate employee behavior. Many see this as how to build a successful team. Netflix’s Chief Talent Officer Patty McCord takes a different approach.

She says: “Over the years, we learned that if we asked people to rely on logic and common sense instead of on formal policies, most of the time we would get better results, and at lower cost.”

So what can you learn from this? McCord emphasizes the importance of trusting your team to act properly. Placing too many restrictions on employees makes them feel dictated too. You run the risk of infantilizing them, or making them feel as though you don’t trust them to act professionally.

Have rules in place, but trust your team to use its own common sense as well. Keeping things too formal creates a stifling and dull work environment. It limits innovation, and prevents employees from expressing themselves.

Before you can build a great workplace culture, you must understand the important role culture plays. It defines everything about your company. Your culture defines how you treat employees, which affects how they treat clients. It defines your ethical and moral values, and is the key to building great teams.

Each entrepreneur on this list understands the importance of building a great culture. They’ve all gone about it in their own ways. However, they also have a common aim – keeping employees happy and motivated.

Take inspiration from these team culture examples. You don’t have to copy them wholesale, but learn from the advice these successful entrepreneurs provide. Each has achieved success in his or her field, and can help you to do the same.

If wish to be considered for membership, please feel free to request a club introduction on our membership page: www.cub.club/membership.