Campaign Monitor is one of several tech industry successes to come out of Australia in recent years. Here, we look at the secrets behind their success.

What makes a business successful?

That’s the question that you, among many others, want to find an answer for. Unfortunately, there’s no “one size fits all” solution when it comes to business success.

But that doesn’t mean that you shouldn’t look to the examples that successful companies set.

You can apply business success secrets you learn from others to the benefit of your own company.

You just need to know where to look.

This article examines Campaign Monitor. One of the most important business success stories of the past decade, the company is a trailblazer in the Australian tech industry. It’s also enjoyed massive growth over the last decade.

We’ll look at the business success secrets that helped Campaign Monitor reach that point. But first, let’s take a closer look at the company itself.

Who Are Campaign Monitor?

Founded in the early-2000s, Campaign Monitor is one of the world’s largest email marketing companies. However, nobody really cared much about the company for almost a decade after its founding.

That all changed in 2014. It was in this year that its founders, Dave Greiner and Ben Richardson, sold a near-$350 million stake in the business. Importantly, they sold this stake to American investors. The sale still marks one of the largest investments into any tech start-up in Australia.

As such, Campaign Monitor is one of the major players in Australia’s tech sector. It’s also worked with some of the world’s largest brands. The company has put email campaigns together for the likes of Disney and Coca-Cola. It also maintains a client list that extends into the millions.

That’s not all. Campaign Monitor has earned several awards during its time. Both Fortune and Business Review Weekly rate it as one of the best places to work. It’s also ranked as one of Forbes’ leading cloud companies.

Simply put, the company has one of the biggest business success stories in Australia.

That leads us to an important question.

What can you learn from Campaign Monitor’s business success?

Here are five business success secrets that the company used to grow so rapidly.

The truth is that Campaign Monitor was a little late to the party when it came to formalising its values.

For several years, it operated without a defined set of values. That’s not to say that the company’s values didn’t exist. They just hadn’t written them down yet.

That changed almost 10 years after the company’s founding. The company’s Head of Employment Experience, Karen Clark, explains why:

“We’ve got five key values that have pretty much been core to our business from the very start. I suppose when you’re a smaller company the way you hire and the way you work really shapes and moulds the business you have, the culture and the values of the business,” she says.

“We decided to officially write them down because the business was growing and it helps with communicating.”

Proper communication is one of the keys to a successful business. When it comes to your values, you need to make them concrete in order for your people to understand them.

By defining their values, Campaign Monitor set the stage for later growth. Now, everybody within the company knows the purpose that they’re working towards. Furthermore, potential new recruits understand what the company stands for. This ensures that only those who identify with Campaign Monitor’s values end up working for the company.

Defined values help you to continue your early business success. They establish who you are and what you’re about. This plays a crucial role in your branding, both internally and externally. They also provide you with a foundation on which you can grow the business. 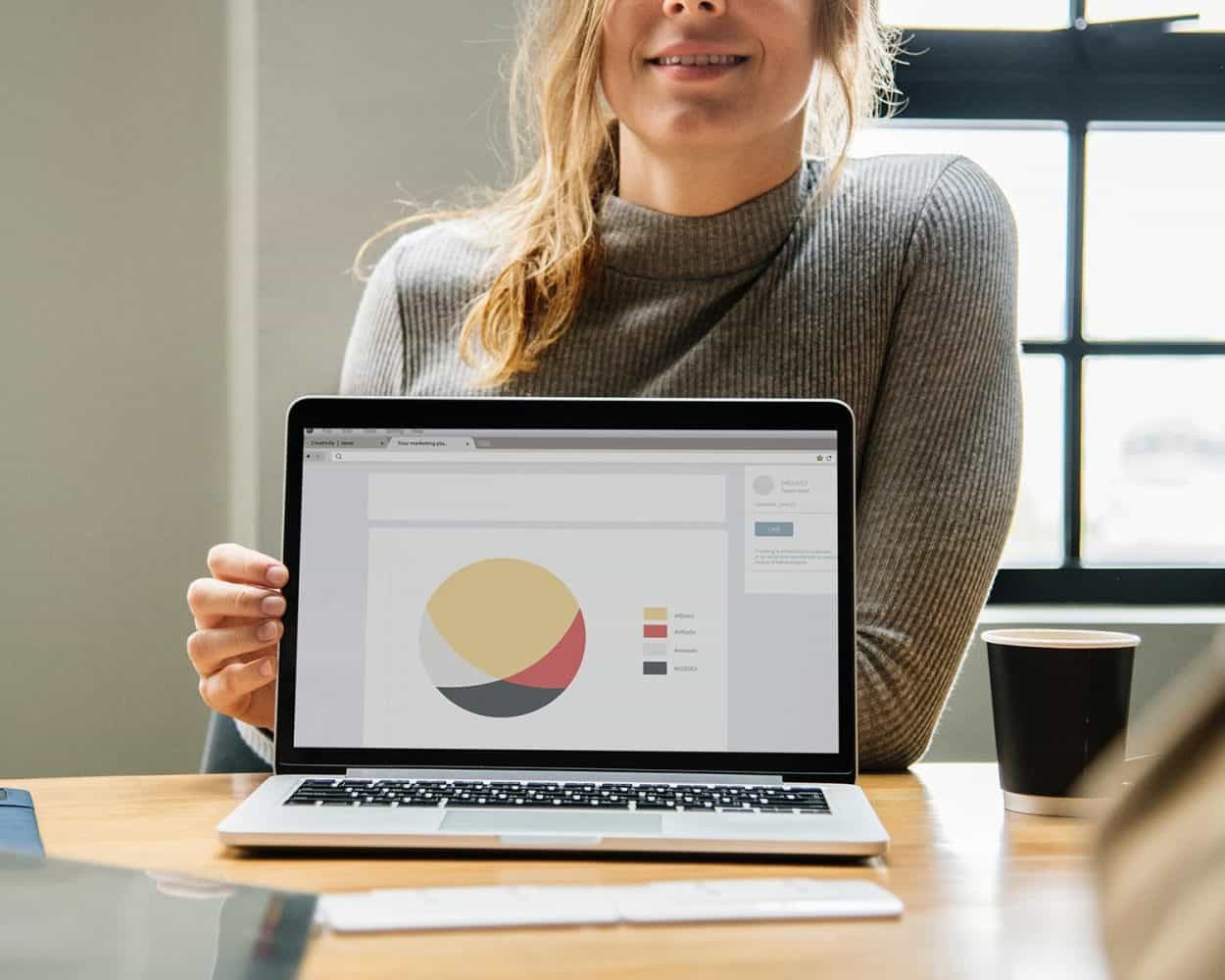 Secret #2 – Focus on Profit From the Start

There’s a generally accepted way for entrepreneurs to generate capital for their ideas.

You go to an investor and pitch your concept and business plan. If you impress the investor, they may offer you some seed money in exchange for a stake in the company.

The problem with this is that it puts you in debt to your investors from the moment that you start the business. You’re working towards repaying that investment, rather than towards achieving your own aims.

The company’s Chief Marketing Officer, Kraig Swensrud, talks about what they did differently.

“There’s really a focus on profitability and running a company in a really smart way, and on growing slowly,” he says.

“That’s very different from the way a lot of companies are founded and grown in Silicon Valley.”

You can look all the way back to the company’s founding to see this philosophy in action. Greiner and Richardson self-funded their venture instead of seeking money from investors. While this may have slowed the company’s growth, it also made it more sustainable.

That means one of Campaign Monitor’s biggest business success secrets is that it’s generated a profit from the start. The company isn’t indebted to any investors, which means it keeps more of the revenue it generates. This then gets pumped back into the company to fund further growth and development.

Here’s an interesting stat for you.

Despite having 2 million customers, Campaign Monitor has a customer satisfaction rate of 98%.

That’s exceptionally high for a business that’s serving so many people.

According to the company’s Chief Customer Officer, Nate Skinner, there’s a big reason behind this success.

“In some companies, support staff strive to be engineers or move to other departments. We make it possible for you to find tremendous satisfaction in your support role and never have to think about doing something else,” he says.

“We do that by empowering our agents and treating them the same as the rest of the team.”

He goes on to talk about how the company’s customer service is one of its competitive advantages.

Great customer service is one of the keys to a successful business. But Campaign Monitor takes things a step further than most. They don’t use their customer service department to draw in people who want to use the role to move elsewhere in the company. They focus on hiring people who have a passion for working in customer service.

And to do that, they make their customer service department as attractive as possible.

Nate also talks about the tools that the company provides to its customer service team. Its customer service people have the power to offer refunds and unfreeze accounts. Typically, these are things that they’d have to elevate to management. But Campaign Monitor trusts its people to make the right decisions.

The company’s reward is a highly-motivated customer services team with a focus on making its clients successful. In Campaign Monitor’s line of work, successful clients equate to business success. 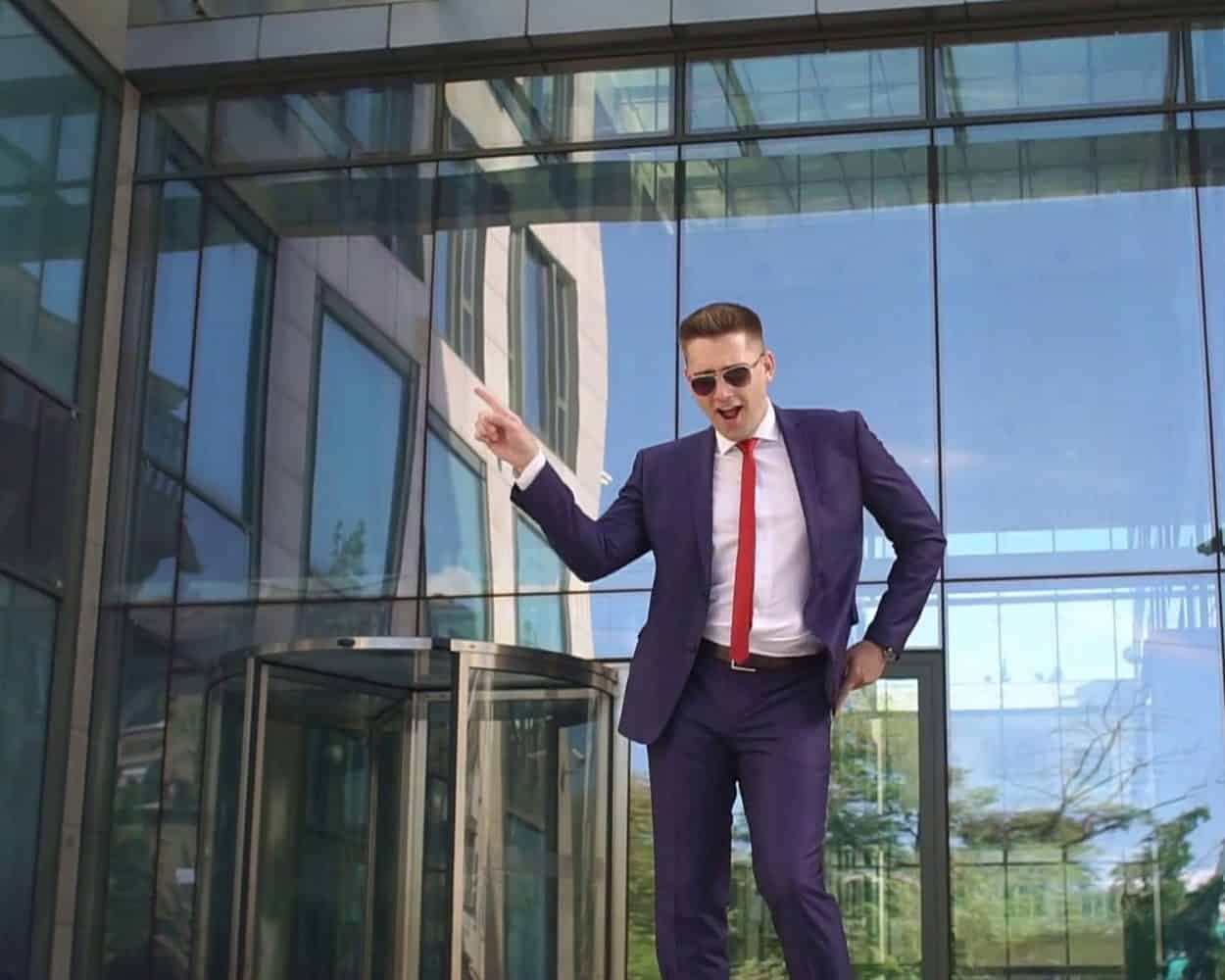 Secret #4 – Hire for Personality Over Experience

Nate Skinner also talks about the importance of the company’s hiring practices.

“We can train technology, but we can’t train people to take ownership and be accountable,” he says. “This differentiates us and is why our customers love Campaign Monitor.”

Skinner’s speaking about hiring people who prioritise making customers happy in this case. However, his mindset has relevance for every aspect of your business.

You’re looking for people who have a desire to succeed in the role. Granted, experience and skills will play a part in your hiring decision. But it’s a desire to learn and become a part of the company that must play the largest role.

You could have the most skilled candidate in the world. However, if they don’t identify with your company’s values, they’re unlikely to succeed. At worst, they may clash with other people and create a toxic work environment.

What makes a business successful is its ability to find people who believe in its vision. It’s these people who’ll stay engaged and give their all to their work. They’ll also work better as part of your teams.

As Skinner says, you can train people’s skills. However, you can’t change their personalities.

In a 2015 interview, Campaign Monitor’s Chief Operating Officer, Craig Shull, spoke about opportunities. Interestingly, he says that picking and choosing your opportunities is the key to a successful business.

“For a growing company there is a never-ending flow of new opportunities,” he says.

“Opportunities to create new partnerships, introduce new products, address a new audience with a new message or a new feature.”

The problem with this huge number of opportunities is that it can cause the business to lose focus. You try to do too many things at once, which means you spread your efforts too thin. In the end, the most important areas of the business don’t receive the attention that they need.

Shull has a solution to this issue: “The only way to keep a business from trying to do a million different things is ruthless prioritisation.”

This is particularly important when trying to achieve sustainable growth for your company. Every opportunity seems like a way for you to make more money. However, some opportunities come at a time when you’re not ready to take them. Biting off more than you can chew can have a damaging effect on your business.

You have to consider each opportunity’s pros and cons carefully when deciding whether to pursue it. One of the secrets of successful companies, like Campaign Monitor, is that they know there’s a time to say “no”.

Campaign Monitor offers some excellent examples of the keys to a successful business. Throughout the 2000s, the company has enjoyed sustainable growth. Today, it’s one of Australia’s leading tech start-ups.

There are plenty of business success secrets that you can take away from the company’s story. These include the following:

Campaign Monitor offers some excellent examples of how to build a successful business. However, you may need some help to put these ideas into practice.

That’s where CUB can help.