Not every billionaire is out there sharing their success with the world. Here you’ll get a glimpse into the life of one of the world’s richest people that nobody knows of.

Every aspiring entrepreneur loves a good rags-to-riches story. It shows that everyone can succeed if they play their cards right. And luckily, self-made billionaires don’t shy away from sharing their stories.

In fact, most of them end up using those stories to grow their wealth even further. From blogs and major conferences to learning courses, they capitalise on their experience and knowledge.

But not all of them are very open about their life. They’d much rather keep everything about their success private. Hui Wing Mau is one of those people.

If the name doesn’t ring a bell, don’t worry, as you’re definitely not the only one. Despite his astronomical success, most people have no idea who he is. If you research online, you won’t find much about him.

This is why we’d like to give you an insight into his life. Even though he doesn’t go out of his way to share what he’s learned, there’s still a wealth of knowledge that you can pick up from him. But before we get into it, here’s an overview of Mau’s story:

Who Is Hui Wing Mau?

Also known as Xu Rongmao, Mau is one of the wealthiest real estate moguls in not only Australia but the entire world. Born and raised in China, he’s amassed an amount of wealth that puts entry-level billionaires to shame.

The relatively few people who’ve heard of Mau know him as the chairman of Shimao Group. The company controls more land than most private developers in the world, so it’s no wonder Mau is on most lists of the world’s richest people.

According to the latest available data, his net worth is an impressive US$9.8 billion. For reference, this is more than three times higher than Donald Trump’s net worth, which once stood at around $3.1 billion. So if you thought of Trump as a real estate mogul, just imagine the power that Mau has in the industry.

Mau belongs to China’s first generation of real estate tycoons. And while most people don’t know anything about him, those who do say that he has an incredible ability to be at the right place at the right time.

Like many successful people, Mau started from the very bottom. After he graduated high school at the time of the Cultural Revolution in China, he went to the countryside and worked as a barefoot doctor. At the end of the 70s, he started working at a textile factory in Hong Kong.

While it’s not very well-known how it happened, he started investing in textile factories a few years later. He told his friends that the money for those investments came from a small fortune that he made from stock trades.

In 1988, he made a US$12 million investment in a knitting factory, which was when he first tapped into real estate. Despite the ban on investments in private hotels at the time, some say that it was his intention to build one nonetheless.

An official who worked alongside Mau commented:

‘The construction on that land was all implemented according to hotel designs and standards. And as soon as the construction was completed, the government policy changed. Xu Rongmao became the owner of the first private three-star hotel in China.’

Little by little, his portfolio grew to become one of the biggest private real estate portfolios the world has ever seen.

It goes without saying that Mau has many talents that very few people in this world possess. But, what can you learn from his story? Let’s take a look at some of the most valuable lessons.

1. Stay Out of the Spotlight

Mau is easily one of the most secretive billionaires out there. He regularly rejects interviews, and you won’t hear about him in the news. He’s a big mystery to the business world, despite being one of the industry leaders.

This is not to say that it’s a bad thing to be out there and spreading the word about your business. But if there’s one thing that we can learn from Mau, it’s that sometimes you should just avoid the spotlight and work hard. It’s worked wonders for Mau’s incredible success.

As J.T. Huang of Jones Day puts it:

‘The nail that sticks up gets hammered. No one wants to be that nail and talk about this kind of business.’

It’s no secret the world of real estate is a controversial topic in China. There have been many scandals that made real estate investors and developers keep quiet about their work. So even though he lives in Australia now, it’s clear this has a lot of influence on Mau’s philosophy.

Of course, the nail analogy is open for debate. Many will argue that ‘sticking up’ is how you succeed in business. But on the other hand, you might want to consider avoiding the fuss of fame and focus on putting in the work.

Those who know Mau and are willing to talk about him all agree on one thing – he’s an incredible businessman. He knows exactly what to do and when. What’s more, he knows how to make money work for him.

A Shanghai developer who watched a Shimao project take off explained Mau’s strategy. In his words:

‘You can use Phase I cash to pay for Phase II or III. It’s all about cash flow – it’s about how you use the money. That’s how these guys got off the ground. The early guys were visionaries and now they’re ridiculously wealthy.’

It certainly helps that China’s real estate system has always favoured developers. While homebuyers need to pay way before construction, developers don’t. This allows them to use this money to finance additional land.

Mau definitely knew how to take advantage of this. He bought prime plots of land wherever he invested and made a goldmine out of each.

3. Catch Opportunities before Others

Mau is a visionary in the world of real estate. His ability to see opportunities before others has always been a cornerstone of his success. It allowed him to get in before others even see a chance to profit.

At one point, his business in Fujian started drying up. But this didn’t stop Mau from looking beyond his core property location. During the 90s, he started investing in Australia, where he’d end up moving to with his family.

Furthermore, he found his way into the Shanghai and Beijing markets before anyone thought that these locations could be profitable. He positioned himself in the market just before the property prices skyrocketed.

These are only some of the many moves that secured Mau’s spot at the top of the property industry. And if you learn how to recognise opportunities before others, you can do the same in your industry or market.

Running a business is not a lonely road in today’s environment. While it’s true that you’ll have to do most of the work on your own, building relationships can go a long way.

It certainly did for Mau, who took the time to develop his government connections. This enabled him to build his incredible portfolio in China.

It gave him immense negotiation power. Mau would make a deal to get a prime piece of land for much less than the market price and then work his magic.

But it’s not just government connections that helped him. Mau’s family controls a labyrinth of private and public companies around the world. They shift profits around, finance each other’s projects, and swap property. Mau and his family have built a profit machine unlike anything the world has ever seen.

So the next time you think about doing it all alone, think again. Connections can be your most valuable advantage, so don’t underestimate their power.

5. Swim against the Tide 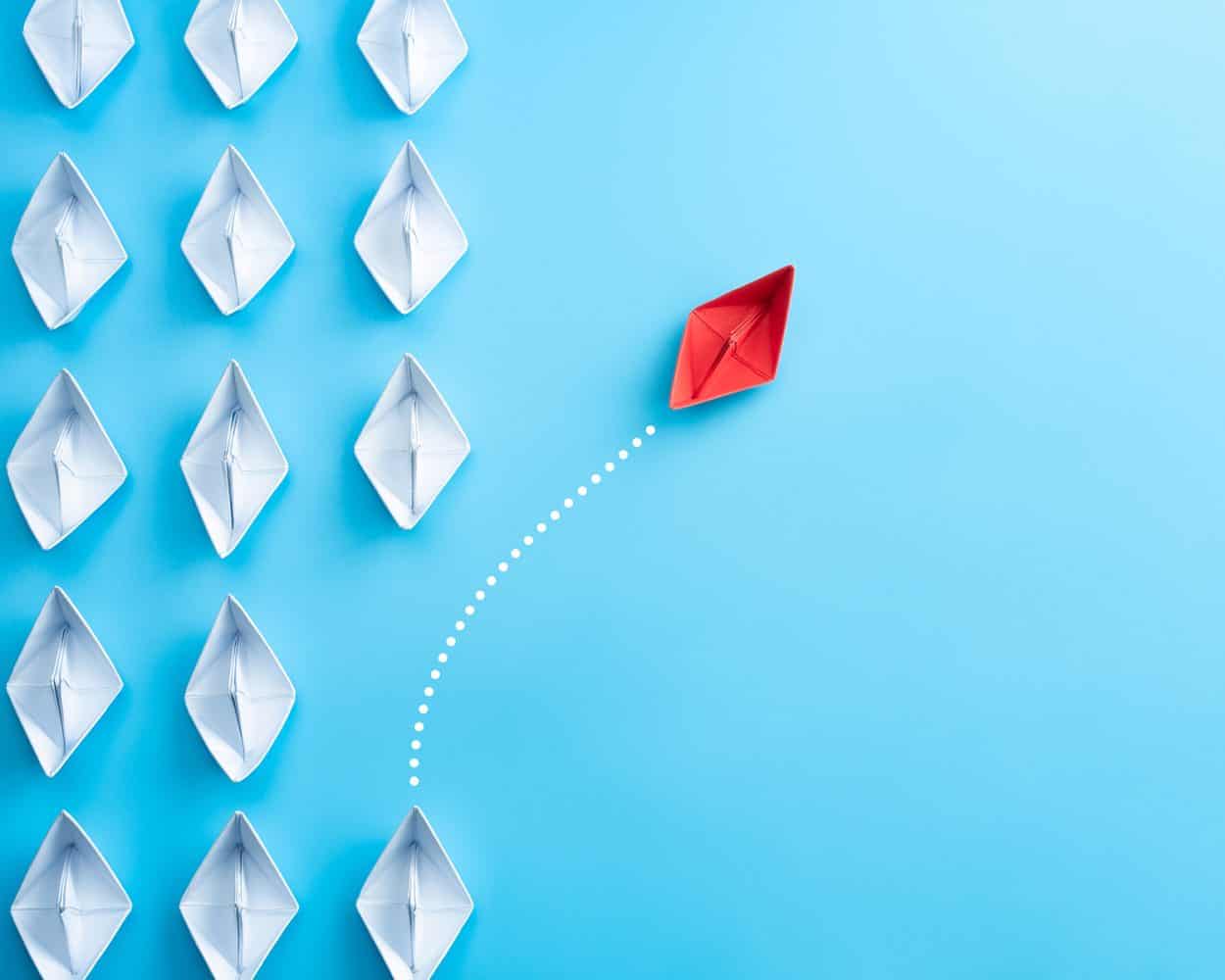 In the property industry, there’s a lot of talk about market timing. Investors go out of their way to predict the perfect time to invest in real estate. But all too often, this time never arrives. This is why they spend too much time analysing trends and too little taking action.

This isn’t how it goes with Mau. Not only does he not follow trends, but he goes against them.

The perfect example of this happens in the late 90s when he bought prime land lots in Shanghai. At the time, mainstream investors were running away from the market, believing that the city was becoming too overbuilt.

Needless to say, they were wrong. Shanghai properties account for a large portion of Mau’s wealth, so his contrarian decision to invest in Shanghai paid off. One developer who followed Mau’s work commented:

‘He’s just smart. He got a lot of his land at ridiculously low prices, ridiculous. He knew where to go and when to buy.’

This is the power of going against the grain. Mau is no stranger to taking risks, which has paid off handsomely for him.

This extends beyond the property industry or the stock market. No matter your line of work, you should always consider taking the road less travelled. While following trends can be profitable, it also defines you as a follower. Leaders, on the other hand, are those who set trends for others to follow.

When it comes to the lifelong question of whether it’s better to be rich or famous, it’s obvious that Mau chose the former. While he might not be the first person others turn to for advice, he can teach you more than most billionaires that appear all over the web.

As you can see, he’s made all kinds of unconventional and controversial business endeavours. Many people wouldn’t dare to do a fraction of what he’s done. This is probably why none of those people can come close to his success.

So, when it comes to growing your wealth, turn your attention inward. See if staying out of the spotlight helps you the way that it helped Mau. While others are out there attracting followers, focus on perfecting your work. And who knows, maybe you’ll be the next billionaire that nobody knows about.