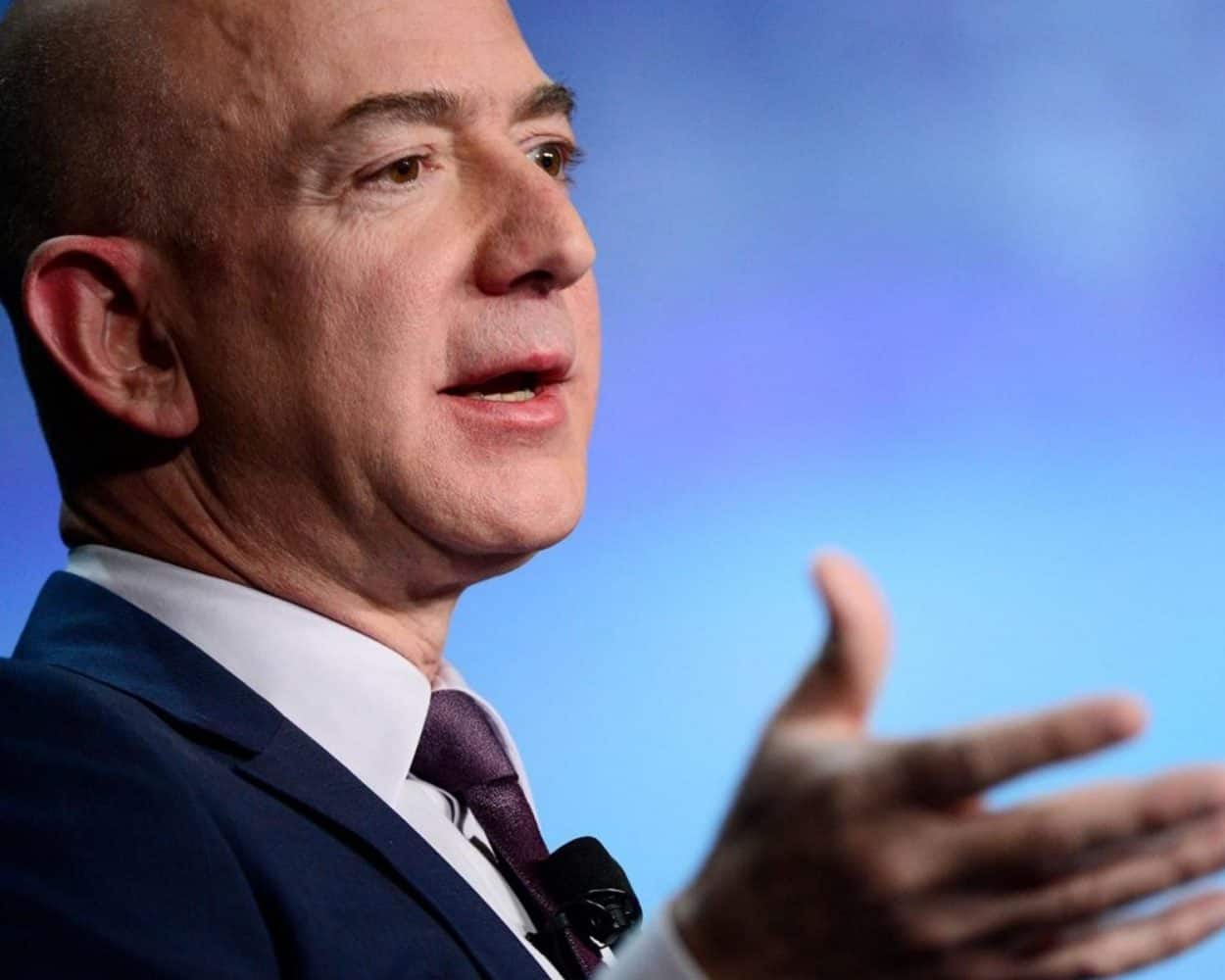 In his 2016 Amazon Shareholder’s Letter, Jeff Bezos offers insight into the time management of great persons. Let’s see what you can learn from him that you can apply to your own work.

For many people reading this, Jeff Bezos requires no introduction. The CEO of Amazon, Bezos has led his company to become one of the world’s leading online retailers.

Beyond that, Bezos has expanded Amazon’s reach. As well as its online shopping model, Amazon now offers streaming movie and music services. You may even read this article using an Amazon Kindle.

To reach that status, Amazon relies on Jeff Bezos to make key decisions. Bezos’ decision-making process is also one of the great time management success stories.

If you need any evidence of this, you need look no further than Amazon’s 2016 shareholder’s letter. In it, Bezos writes about his decision-making process. He also offers some insight into how to develop effective time management skills in the process.

Bezos draws a distinction between Day 1 and Day 2 companies. He also notes that Day 1 companies make high-velocity decisions, as well as high-quality ones. That mention of velocity clues you into the fact that you’re reading about the time management of great persons.

This article examines what Bezos speaks about in more detail. While reading, think about how the speed of your decisions affect your company’s momentum and your own time management.

Bezos often speaks of the concept of a Day 1 company. In fact, he reminds people constantly that Amazon is a Day 1 company, rather than a Day 2. Bezos even works in a building that he names Day 1.

But what does that mean?

Bezos’ “Day” concept is his way of defining a company’s place in today’s business environment.

A Day 1 company constantly innovates. It is not satisfied with where it is right now, as it always wants to evolve alongside the consumer.

Day 2 companies are in stasis. They experience the effects of poor time management, particularly when it comes to business decisions. Day 2 companies often take an eternity to reach decisions because their leaders fear failure. However, it’s that very fear that holds them back.

In the end, they stagnate. Day 2 companies are on a downward spiral. It may not be a fast decline. In fact, a Day 2 company could take decades to fold. But it is on its way down while Day 1 companies overtake it.

So, how do you avoid the Day 2 curse?

Bezos says that staying in Day 1 means you focus on “customer obsession, a skeptical view of proxies, the eager adoption of external trends, and high-velocity decision making”.

That last point is particularly important as it is one of the most effective time management skills. High-velocity decisions keep your company pushing forward. They confront the fear that may slow you down. In the process, they let you focus on the work you have to do, rather than bogging you down in the effects of poor time management.

That leads to the obvious question:

How do I make high-velocity decisions?

Bezos provides the answers in his shareholder’s letter. Here are the key takeaways that will help you learn from the time management of great persons.

Many business owners deliberate their decisions for months. They try to collect as much information as they can, and hold back on making their choices. They’re waiting to see how the market moves or trying to figure out all of the pros and cons of their possible choices. They think that they can’t go back after making a choice.

Collecting information is important, but it’s also one of the causes of poor time management. Too much time spent on the decision-making process means not enough time spent moving the business forward.

In his 2016 letter, Bezos encourages flexibility in the decision-making process. He points out that few decisions are irreversible.

He says: “First, never use a one-size-fits-all decision-making process. Many decisions are reversible, two-way doors. Those decisions can use a light-weight process. For those, so what if you’re wrong?”

What does Bezos mean when he talks about “two-way doors”?

Luckily, his 2015 shareholder’s letter expands on the concept in greater detail. He talks about how many business owners treat decisions like a one-way street. Once you’ve made the decision, you can’t go back.

Yes, there’s a possibility that you make the wrong decision for your business. But that doesn’t mean that you don’t have any other options.

It’s that fear of what might lie on the other side that leads to many taking so much time with their decisions. This is one of the key causes of poor time management. You deliberate so much that your opportunities pass you by. In the end, you create a Day 2 company because of your own fear.

“When I finally told my wife that I wanted to move to Silicon Valley and start my own company, her response was “Now?” It was a fair question. I had waited many years because I was afraid that if I took the plunge and failed, I’d lose my spot in line.”

Here’s what Bezos is saying. If you don’t take the plunge at all, you can never succeed. The key to making high-velocity decisions lies in understanding that every choice is a two-way door.

There’s always something to go back to.

Takeaway #2 – You Don’t Need All of the Data

How much time do you spend on collecting data before making a key decision?

Many business owners spend months gathering information before making their choices. Some even take years.

Their eventual decisions may be high-quality.

But they’re not high-velocity.

By the time they’ve made their choice, they’ve already succumbed to the effects of poor time management. Other companies pass them by, or the market has moved on so much that the choice doesn’t matter.

This is especially the case in the technology sector. If Bezos deliberates too long on a decision, Amazon’s competitors may get the jump on them.

As Bezos says: “…Most decisions should probably be made with somewhere around 70% of the information you wish you had. If you wait for 90%, in most cases, you’re probably being slow. Plus, either way, you need to be good at quickly recognizing and correcting bad decisions.”

This links into his point about two-way doors. You may not think that you have all of the information that you need. But slowing things down too much is one of the causes of bad time management.

That 70% figure represents a happy medium. You have enough information to make an informed decision, without having waited too long.

Plus, you can always go back through the door if the decision turns out incorrect.

What if the decision-making process isn’t yours alone?

That’s the case for most large businesses. They have entire boardrooms of people who all have their own opinions about the direction the business should take.

This boardroom can become one of the key causes of poor time management. Everybody thinks they’re making the right decision. This disagreement prevents the company from moving forward.

How do you align all of those opinions as the company’s CEO?

Bezos says that you don’t. Instead, you follow his philosophy of “Disagree and Commit”.

“This phrase will save a lot of time. If you have conviction on a particular direction even though there’s no consensus, it’s helpful to say, ‘Look, I know we disagree on this but will you gamble with me on it? Disagree and commit?’” he says.

“By the time you’re at this point, no one can know the answer for sure, and you’ll probably get a quick yes.”

Reaching a consensus with so many differing opinions slows you down. At worst, it turns your Day 1 company into a Day 2 company.

As the CEO of Amazon, Bezos takes the reins and makes the decision. Furthermore, he does so while encouraging others to commit, even if they don’t agree with him. As a result, he picks a direction to keep the company moving forward.

Again, this also comes back to his two-way door philosophy. His decision may not work out. But at least he makes it and keeps the company moving.

Finally, he adds that the boss should follow this philosophy, too. If somebody in your organisation has passion for a project that you don’t understand, disagree and commit. They may see something that you don’t. By disagreeing and committing, you give them confidence while speeding up your decision making.

There’s a key theme running through these takeaways.

This can lead to misalignment in an organisation, which needs immediate remedying.

That’s where Bezos goes into more detail about the time management of great persons.

Bezos expands on this, saying that stamina becomes the key decider in these situations. Instead of making the right choice, the person with the most stamina exhausts all others. This creates a bad decision-making process. Not only do you feel the effects of poor time management, but you end up making decisions based on the wrong reasons.

Identify misalignment issues within your organisation and make them a key priority. Help your teams share their focus. If everybody has a shared vision, you set the stage for high-velocity decision making.

Bezos’ commitment to speedy decisions is one of the best time management success stories. The proof is there for all to see. Amazon is now one of the world’s largest companies, and Bezos has an estimated fortune of over US$100 billion.

That’s a level of success that everyone should aspire to. Learn from how Bezos and Amazon makes decisions. In doing so, you’ll avoid the effects of poor time management. Better yet, you’ll ensure your company stays in Day 1.