Ever since its release in 1990, Microsoft’s PowerPoint has had a huge influence on businesses. It has made sharing ideas much more convenient, and allowed managers and employees worldwide to present them in a creative way.

However, 28 years is a long time, and a lot has changed since then. PowerPoint presentations went from useful to being one of the reasons why business meetings are dreadful to many.

Just think about all the meetings that felt like they’ll never be over, mainly because of endless slides with a bunch of information. Well, if you were to work at Amazon, you wouldn’t have to deal with this, as Jeff Bezos has banned PowerPoint from all the meetings.

Why Is Jeff Bezos Against PowerPoint Presentations?

As the CEO of one of the world’s most valuable companies, Jeff Bezos is certainly someone that we can turn to for business advice. If he believes that relying on PowerPoint is not a good way of conducting meetings, there has to be a good reason for this.

Actually, there are quite a few of them. There are many things about PowerPoint that Bezos considers useless, so let’s take a look at some of them.

Reason #1 – PowerPoint Is a Waste of Time

How much time does it take on average to prepare a PowerPoint presentation? There’s a high chance that the answer is ‘a lot’. Finding the right PowerPoint business templates, coming up with the content, and adding all kinds of effects to every slide can be exhausting.

As a result, you waste a lot of valuable time, and often end up losing your audience by the middle of the presentation anyway. This isn’t to say that all presentations are bad. Some of them really grab your attention and get the discussion going. Unfortunately, such presentations are pretty rare.

Bezos has a much better way of expressing your ideas, which we’ll discuss in detail a bit later.

Business presentations done in PowerPoint are usually full of dull content. A ton of bullet points, graphs, and statistics tend to bore people easily. Even if you’re a great storyteller, there’s a slim chance that you’ll be able to compensate for this.

A total lack of narrative kills the point of holding a meeting. People aren’t likely to pay close attention, and you might not get the chance to communicate your ideas effectively. This can easily become another meeting that employees have to mindlessly sit through.

Bezos isn’t the only one that thinks as such. Many of the world’s leading CEOs, including Elon Musk, Richard Branson, and many other steer clear of bullet points. They may have been an effective way of being concise, but now that ideas need to be much more complex and creative, the tools of PowerPoint don’t really do a good job.

Reason #3 – Managers ‘Bluff’ Through the Presentations

Remember back in school when you used to fill your slides with anything just to dress up the PowerPoint presentation? Bezos thinks that some executives still do this. The reason for this is that PowerPoint allows them to.

Many meetings have, or at least should have a clear goal. To present the idea in an effective way, managers need to be concise and provide enough information without losing their audience.

PowerPoint hurts your chances of doing this. Many executives fill the presentation with useless information that steers away from the topic for the sake of meeting the time goal. Or, they can’t distinguish important information from the irrelevant. This leads to wasted time, and employees end up dreading the meetings. 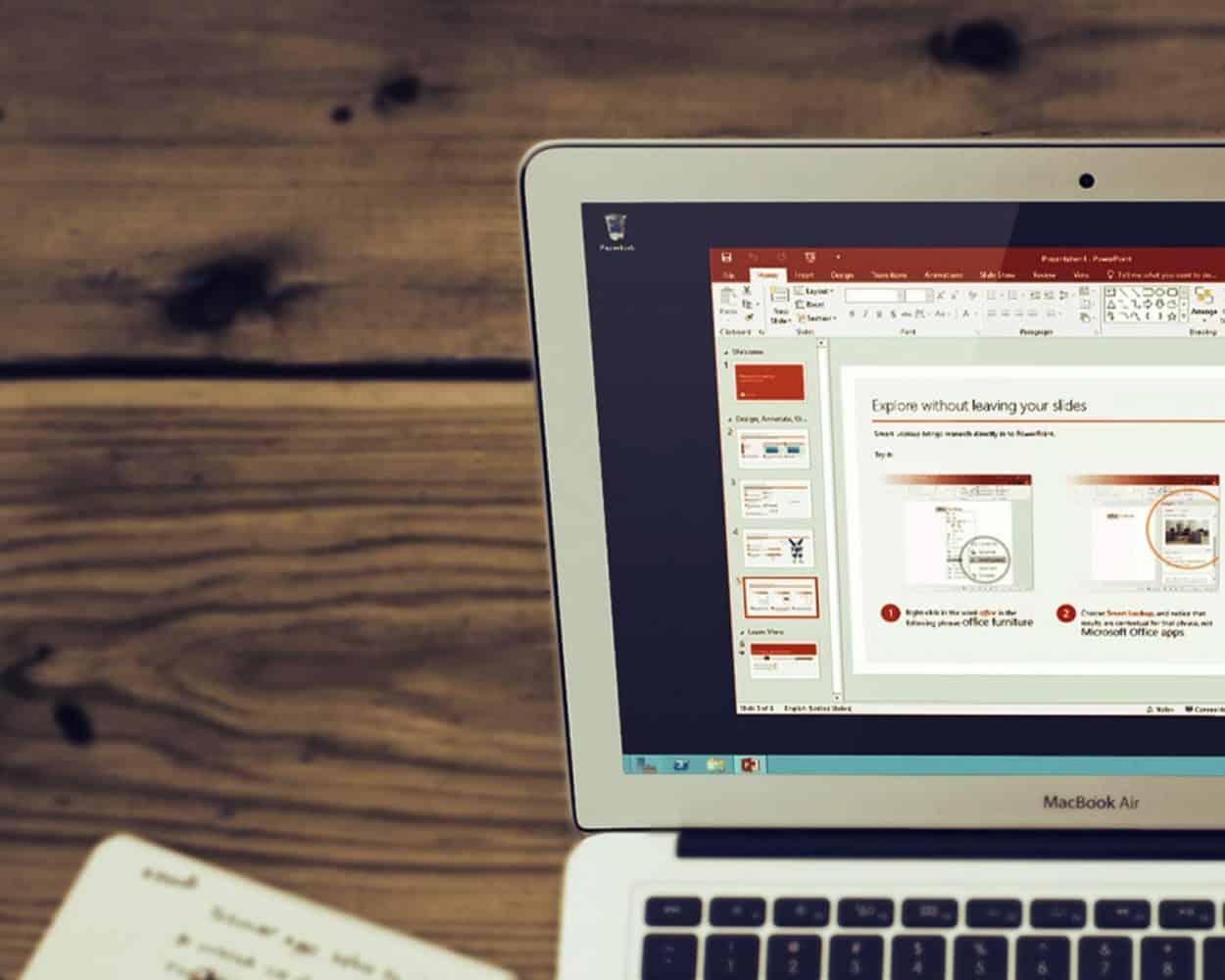 Reason #4 – Most Presentations are Similar to One Another

Bezos believes that one of the biggest weaknesses of PowerPoint is that it limits creativity. Many presentations follow a very rigid structure, which leads to many of them looking pretty much the same.

There are no real sentences that can actually move employees towards the idea. It’s mostly a bunch of data, short statements, and overall dull content. For a company as successful as Amazon, there’s no room for this.

A need for constant innovation requires creativity, which is why business meetings need to be more dynamic. Interconnectedness of ideas is extremely important, and Bezos found a way to ensure it.

Having a huge number of employees, Amazon needs to hold a lot of meetings dedicated to all kinds of topics. Bezos states that many people face a huge culture shock when they start working at the company. The reason for this is what he refers to as the ‘weirdest meeting culture’.

In today’s business environment, you need to do this differently. Too much of the same hurts your chances of success. Bezos is well aware of this, which is why he found a way to make business meetings a lot more interesting and challenging.

Instead of a dull PowerPoint presentation, Amazon employees have to create a six-page memo. The company refers to these memos as the ‘narrative’. When they get to the meeting, they then have around 20-30 minutes to pitch their ideas.

After the narrator conveys enough information, the other employees have a chance to ask questions, which the narrator has to find a way to answer.

It’s safe to say that this method is anything but conventional. And it has yielded great results. Here’s why this is the case:

Bezos insists that the memos be free of bullet points, since he believes that they kill good ideas. The reason for this is that PowerPoint prompts employees to simply go through the main ideas too quickly. There’s no creativity or depth, but rather just a bunch of boring lists.

On the other hand, the memo forces employees to think a lot more about their ideas. It ensures that they can’t just gloss over them, but rather to explain in depth every point that they’re trying to make. This eliminates the ‘bluffing’ and allows everyone to express their ideas in a comprehensive manner.

As a result, the relevant employees get the chance to fully understand the ideas and have more discussion material. Memos allow better understanding of what’s actually important, and what part of the narrative is only there to support the idea. PowerPoint doesn’t ensure this, due to the structure of presentations.

Memos help teams develop a much better meeting culture, since the meetings are more dynamic and there are far less passive listeners.

Filling a PowerPoint business template with a bunch of short sentences is often a mindless task. No matter how good the idea is, the presenter probably won’t get to fully explain it. This is because PowerPoint offers a limited number of ways for expressing ideas.

The result is a bunch of very similar presentations which tend to bore the employees after a certain amount of time. After seeing pretty much the same thing over and over again, they’ll have a hard time staying focused.

This is one of the main issues that memos fix. Employees need to devote a lot of energy to creating them and force their brains to think in a more creative way. This is because they need to tell a story rather than just read from the slides and elaborate.

To do this, employees need to understand every aspect of the idea they’re presenting and find the most effective way of communicating it. This develops critical thinking and creativity, which are some of the cornerstones of today’s business culture. 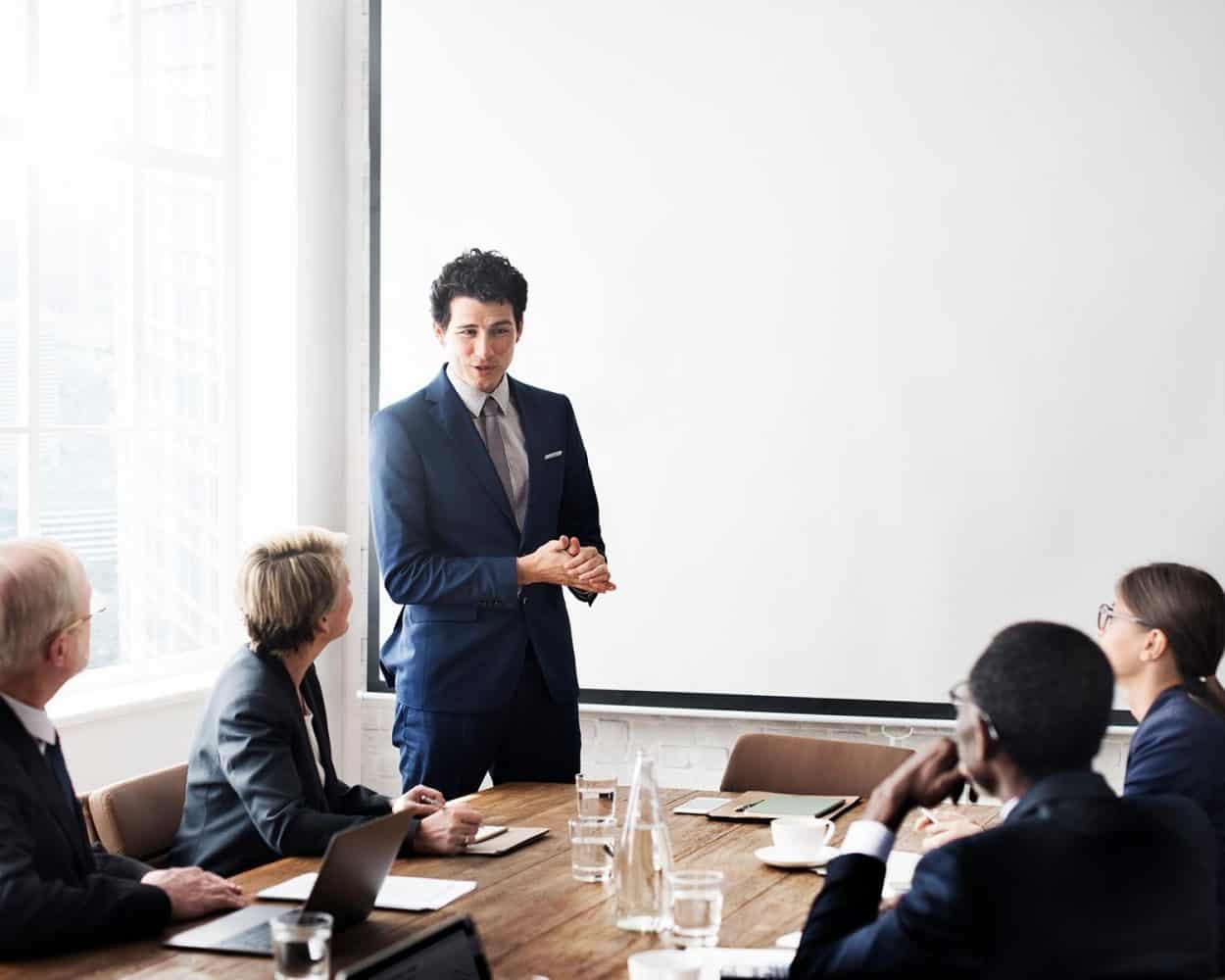 Everyone can follow the structure of a PowerPoint presentation, but not everyone can tell a story. Only a well-structured narrative can be persuasive enough to motivate employees. This is because a story packs an emotion that can do this.

Memos are a tool that separates those who reiterate what they’ve written and those who can tell a story. It’s the latter that ensures a high-quality meeting and a time well-spent.

These memos go beyond jotting down ideas. A narrator needs to find a way to communicate them effectively. A good storyteller will do this by default, and people who lack this skill can develop it. This is something that PowerPoint fails to ensure.

Since people respond to narrative, a well-written memo has the power to reach the target audience. This way there’s no boredom, and the narrator can draw people in and have a better chance of winning them over.

Reason #4 – Memos Are Hard to Write

In a company like Amazon, there’s no room for laziness. Bezos keeps finding new ways to challenge the employees in different ways. The six-page memo rule is one of the most interesting challenges.

Creating a narrative is by no means an easy task. There are many skills that employees need, which not everyone possesses. As a result, the memos will vary in quality. This is important because it allows employees to learn from the good storytellers and develop the necessary skills.

This leads to a much better meeting culture, since the employees get to engage with each other more. Everyone participates instead of just passively listening.

Now you know why PowerPoint might not be the best tool for holding effective business meetings. Bezos understood this before many, and he went on to develop a much better solution. It might seem a bit strange at first glance, but there’s no doubt that it works.

There are many more reasons why Bezos doesn’t believe in PowerPoint presentations. These are only some of the main ones that he pinpoints. He believes that companies should steer away from it and move towards a more creative solution.

A good thing about this is that the number of options are virtually limitless. If you’re looking for a way of making meetings more interesting, get creative and experiment with new ideas. It may take some trial and error, but there’s a high chance that you’ll find some that will work for your business.