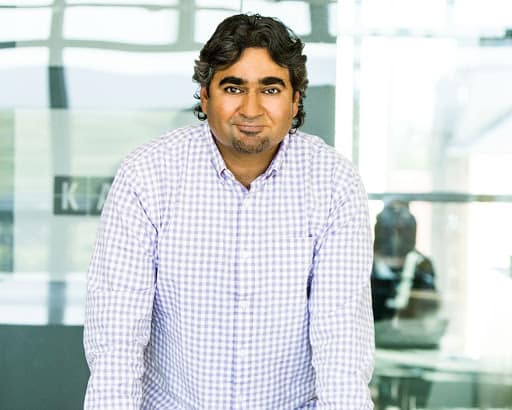 Lessons from Dropbox, Spotify, and More – What Sameer Gandhi Learned as the VC for Some Major Start-Ups

Lessons from Dropbox, Spotify, and More – What Sameer Gandhi Learned as the VC for Some Major Start-Ups

The landscape of business may be ever-changing, but some of the rules to success are the same. Discover some of the most valuable business lessons that you can learn from Sameer Gandhi.

Aspiring entrepreneurs are constantly fighting for their share of the market. Out of the sea of new ideas, they all want their start-ups to become the next big thing.

But it’s another story when you’re talking about the odds. Most start-ups had to close up shop before they even got a sniff of success.

The good news is that you can do a lot to ensure that this doesn’t happen to you. It starts by choosing your sources of business advice with care.

With that in mind, you’re about to get a chance to learn from an undisputed expert on start-up growth.

Sameer Gandhi, with more than two decades of venture capital experience, knows what it takes to bring a start-up to life. And he’s not afraid to put his money where his mouth is. This has worked out pretty well, by the way.

Gandhi invested in numerous start-ups, some of which have since become industry titans. Household names like Spotify and Dropbox, along with start-ups that got bought out at high multiples like Bonobos, Jet.com, and Dropcam.

What’s the deal exactly? Is it because Gandhi has enough of a gift in clairvoyance to know if a start-up is going places or not going anywhere? You can judge for yourself after soaking up the following lessons from Gandhi.

At the time when Gandhi invested in Dropbox, there were other start-ups that shared the same idea. What most of them were doing weren’t all that different from Dropbox. Gandhi thought so himself.

But what made him single out Dropbox as the one?

Dropbox’s humble beginnings started with only the two owners at the helm, which isn’t all that different from many start-ups. The two owners pitched the idea of Dropbox to Gandhi and got his attention almost immediately. According to Gandhi, he could sense something different in them. And one of the things that impressed him was the owners’ mutual trust.

The owners’ faith in themselves and Dropbox was contagious enough that it infected Gandhi as well. He put his money in Dropbox and everyone knows how that turned out.

No matter your business, trust is of the utmost importance. If you’re working with a business partner, the two of you must present a united front and trust in each other’s ideas.

And if you’re on your own working on your start-up, this will change as soon as your company starts growing. If you can’t trust your team to support the growth, you’re likely to make costly mistakes along the way. Investors and customers may also notice a company in some degree of disarray.

The point is that you should prevent trust issues from getting in the way. Don’t be afraid to take a leap of faith when it’s warranted. One of your people’s ideas might be the key to the breakthrough. 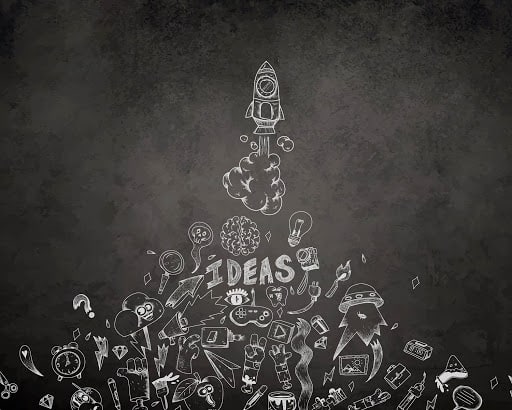 When Dropbox was just getting off the ground, the freemium business model was at its infancy. Most start-ups were so into the more direct ways of making money to even think about offering anything for free.

When Dropbox went with the freemium model, everyone thought that they were out of their mind. But look where Dropbox is today.

Gandhi had faith that Dropbox’s owners would find a way to make the freemium model work. And they didn’t disappoint. Today, this business model is all over the place. And you can bet that everyone was banking on becoming just like Dropbox, one of the pioneers.

Unique and ambitious ideas are often the ones that win out.

That’s abundantly clear in the most successful companies of today, irrespective of the industry. Success comes to those who dare to step away from the norm and offer something new. What’s left for those who follow in the top dog’s footsteps are the crumbs. Even if the crumbs are big enough to make a living, those who make a grand living are the ones who come up with big, grand ideas.

Do you have such an idea? Then don’t be afraid to go after it. You’re certain to have a lot more to gain than playing it safe. Your idea might just turn out to be one that people end up copying.

3. Having a Good Product Isn’t Enough

So many business owners try to perfect their product before they bring it to market. Because of this, they might forget about the business aspect of it. In an attempt to achieve perfection, they leave holes in other business functions.

This is the mistake deftly avoided by both Dropbox and Spotify.

From the onset, there was already demand for their products. It’s just that the existing companies couldn’t satisfy this demand as expected of the market.

Gandhi believes that Dropbox and Spotify’s individual ability to turn the product into a business was crucial to success. There were failed music services before Spotify. But Spotify’s ability to distribute the product in a unique way made all the difference.

Even if you have a truly unique product, this may not be enough for you to make it. Instead, you need to wrap the right business model around that product.

If you can pull it off, it’ll be easier for the market to accept the product. So much of Dropbox and Spotify success happened without a great deal of marketing. People really enjoyed what they had to offer and they told anyone who would listen about it.

You wouldn’t want to get stuck in trying to come up with a perfect product. You’ll have all the time in the world to upgrade it after the fact. Invest in a good product but don’t forget that you’re going to have to turn it into a business, and you might as well do it sooner than later.

Some entrepreneurs have this idea of following a clear path to success. They see the most successful businesses in their industry and think it’s all hard work and time.

But that’s not the way Gandhi sees it.

The things that most people notice about the biggest players are only the top part of the iceberg. What’s under the water drives the success of companies like Dropbox and Spotify, but it’s also littered with failures that elude the public.

Gandhi discloses the fact that it took Dropbox a bit of trial and error to make it out there. There were times when the team couldn’t do anything right. But they kept at it and made it work.

This is an incredibly important lesson for all business owners. The trial and error phase is a necessary component of future success, especially in the beginning.

Because that’s when you learn what works and what doesn’t. A business is a complex thing, and so is the market. It is therefore unreasonable to expect everything to go smoothly all of the time. You must embrace each failure as an opportunity to do better in the future. Adopt this approach and you’ll be unstoppable.

Did you know that Dropbox didn’t have a product manager for years? This might be unthinkable for a lot of businesses.

But Dropbox didn’t have a product manager because the founders were more than capable to act as product managers. They understood everything about the product so there was little need to get anyone else to manage it.

The way Gandhi sees it, this was only possible courtesy of the founders’ attention to detail. They were able to fine-tune every aspect of Dropbox and so they knew how they should develop and target it.

Do you have this level of understanding of your product? It’s possible for you to develop this knowledge, rather than having to go out and find a product manager. Who better to know everything about and guide your product than yourself? Delegating this responsibility, at least at the start, is a good way to lose grip of your business.

Attention to detail is an indispensable trait that a business owner can really use. Focus on understanding your product so that you can imagine its ideal future.

6. Have a Global Mindset

Despite what you may have heard, a business doesn’t have to start small, like setting up shop in the garage or backyard. You don’t have to focus on the local market first either.

Such an approach simply rubs Gandhi the wrong way. Especially when the majority of today’s businesses have great potential to go global. Modern technology allows business owners to reach just about any country in the world.

Besides, few businesses are local in the strict sense of the word. Unless you sell something that nobody else outside of your area could possibly want, you have the potential to go global. That’s the case soon as you can get into the right frame of mind.

Gandhi advises start-up owners against looking at any specific market, especially not in the geographical sense. This means they should think global from day one.

If you think about it, you’ll know you can run any business on a global scale. It’s the age of globalism and connectivity after all.

Gandhi has listened to ideas from hundreds of business owners. However, he only accepted those that he believed in. And it’s safe to say that he’s done pretty well for himself.

Remember that playing it safe isn’t likely to take you very far. Dropbox and Spotify succeeded because they offered something unique and they did so in a new way.

In today’s business environment, this is even more important for start-ups. There’s too much sameness in the market, which is in contrast with consumers who are constantly demanding something new. If you can provide it, you’re far more likely to make it and thrive.

Come up with a big idea and then execute it, preferably in a way few, if anyone, has even contemplated. The market will to reward you for it.