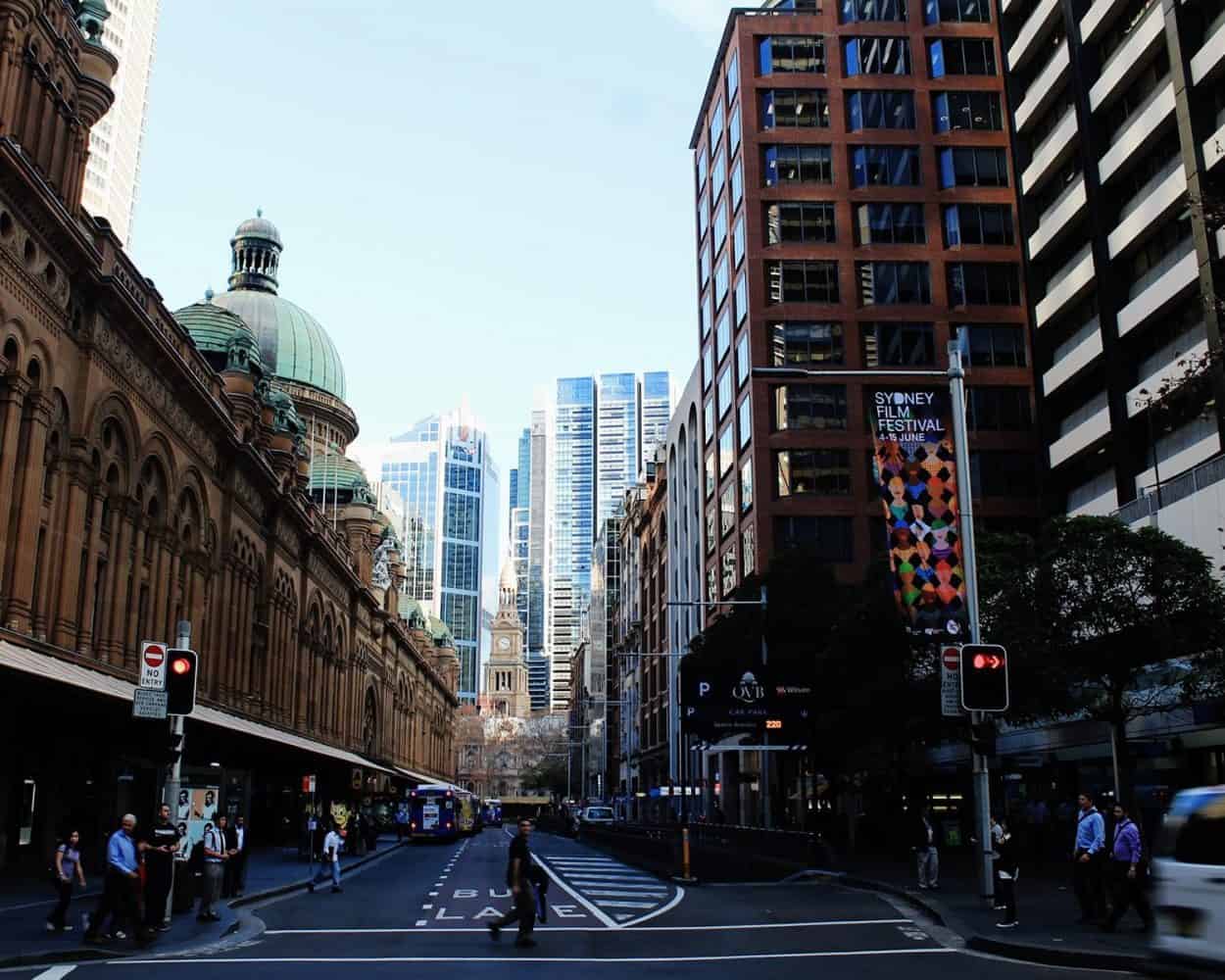 Are you trying to figure out the key property market trends for 2019 and beyond? These experts reveal what’s going to happen with the market after 2018.

It’s fair to say that 2018 hasn’t exactly been a banner year for the Australian property market.

Both Sydney and Melbourne have seen very steep declines in prices throughout the year. While this has been somewhat balanced by increases elsewhere, it’s still led to the national market declining.

This is also something that a lot of analysts predicted in 2017. The APRA’s efforts to make homes loans more difficult to access also had the express purpose of cooling the market.

Still, this rather drastic change has led to a lot of uncertainty. As a property investor, you may find yourself struggling to predict where the market’s going to go next.

Are the big cities going to enjoy a recovery?

Will we see new locations emerge as key places to invest in 2019 and beyond?

And of course, you need to know how the national market will change in the coming year.

To help you to chart your investment course, these property experts have revealed where the market’s heading in 2019.

Chris Gray is a property investment titan who you can see on Sky News Business Channel hosting Your Property Empire. He’s also a regular on The Renovators, for which he’s the Financial Judge. And he’s a longstanding member of CUB, too.

Chris is one of the more prominent members of the property sector and he’s quick to point out that looking at short-term trends can be a mistake.

Chris says: “If you look at the figures isolated over a one year period it does look bad, but property should be a ten, 20 or 30 year investment.”

The point he’s making is that short-term trends shouldn’t influence your decision making. Chris notes that the declines we’ve seen in 2018 are all part of the natural property cycle. Locations enjoy boom periods before inevitably declining. They eventually bottom out and start their recovery.

The point he’s making is that the market’s downswing won’t last forever. We may even see some of the big cities start their recoveries as early as 2019. As long as you maintain a long-term mindset, you can ride out whatever 2019 has to throw at you.

John McGrath is a real estate guru and the founder of McGrath Estate Agents. Even if you don’t follow the property market, you may have seen him make appearances on Shark Tank. He served as one of the sharks during season one. However, he’s since left the show to pursue his business ventures.

His company has a value of almost $70 million.

He points out that there’s still plenty of opportunities for investors to find in Sydney. In fact, there’s one area that you should definitely take a closer look at.

“We are on the cusp of what will go down in history as the great renaissance of Western Sydney,” he says.

He also says it’s likely that many of the suburbs in this region will start adding beaches.

“Adding a beach could boost values by up to 5 per cent,” says McGrath.

His advice may reveal a general trend for investors to follow throughout 2019. Instead of investing in a city’s CBD, it may be best to look towards the city’s outer reaches and suburbs. These may offer more opportunities due to their affordability and proximity to the CBDs.

According to McGrath, investing in Western Sydney now will likely pay off in 2019 and beyond.

In mid-2018, 60 Minutes ran an exposé that suggested the entire property market will see a huge crash in 2019.

Many property experts were quick to position themselves against those claims. Mark Bouris is among them.

The current chairman of Yellow Brick Road, Bouris is an expert in the home loans sector. He made his fortune through Wizard Home Loans, which he sold for $500 million in 2004.

Needless to say, this business experience gives him unparalleled insight into the way that lenders think. He points out that the market changes we’ve seen in 2018 won’t stop lenders from working with borrowers.

“All the banks themselves have these amazing scientists working on the data and they come out and say there is no problem,” says Bouris.

“When someone says, ‘Oh the banks have just started to change their lending profiles in the last six months and it’s too late’, that’s crap. It’s been happening now for four years. A .07 reduction in house prices (that’s not even 1 per cent) across Australia in the past 12 months is not something to be particularly worried about in my view.”

The point he’s making is that you shouldn’t believe all media reports about the market heading towards a crash. It’s very unlikely to happen in 2019 or beyond.

Instead, lenders see this as little more than a market correction that will eventually stabilise. That means that borrowers will still have access to money. And that means that property transactions will still take place.

SQM Research also backs this viewpoint. This is an independent research organisation that focuses on the property and financial markets.

They say: “SQM Research does not expect a general housing price crash to occur this year. The conditions required to create such a downturn are not in the housing market at present. The national economy is overall, healthy. Unemployment is relatively low and stable. Population growth is very strong. Oversupply of new real estate is only occurring in pockets.”

Again, this suggests a market correction rather than a market crash.

John Symond is another titan of the Australian home loans sector. He’s the founder of Aussie Home Loans and has made his millions through the property market.

He’s quick to point to potential policy changes as a major issue for investors to look out for in 2019. Specifically, he sees a lot of problems arising if Labour is able to implement its planned reforms to negative gearing.

“I appreciate that they say they’ll grandfather existing investors, but the unintended consequences would be astronomical,” he says.

“I am concerned that it would do so much damage — unemployment, higher interest rates — it could tip us into recession.”

Negative gearing is a technique that a lot of property investors use. It involves using a loan to purchase an income producing property. The key is that the property isn’t able to generate enough income to cover the home loan repayments. Investors can then gain certain tax concessions, which can help with other areas of their investment strategy.

Labour plans to limit negative gearing so that it only applies to new homes. Plus, they hope to slash the capital gains tax discount to 25% from its previous level of 50%.

If these plans go through, we’ll see a definite trend of investors altering their strategies in 2019. Negative gearing will become less viable, which could lead to the consequences that Symond points to.

However, this is still speculation at this point. Labour isn’t even in power at the time of writing. That could change following 2019’s federal election. If Labour gains power, this may be an issue that you have to worry about.

Groves says that investors should look towards Perth as a potential boom city in 2019.

When speaking about the performance of Perth in 2018, he says: “REIWA expects house and unit prices to remain fairly stable for the remainder of the year.”

But he also adds that this seems likely to change in 2019.

“…Provided the WA economy remains on this path of recovery and consumer sentiment continues to build, we should start to see genuine improvements in price during 2019.”

This is good news for investors as Perth has been a no-go city for several years. The city struggled considerably once the mining boom ended, which led to extended periods of decline in property prices.

As Chris Gray pointed out earlier, the property market is cyclical. With Perth, we may see a city that’s just starting its recovery in 2019. Those who invest now may stand to benefit from the city’s eventual peak.

Trent Wiltshire – Brisbane May be the Standout City of 2019

Trent Wiltshire is an economist with Domain, which is one of the leading sources of property news in Australia. He’s also previously worked with the Reserve Bank of Australia. As such, there are few people who understand the market forces that influence property prices better than Wiltshire.

He says that Brisbane will be the city to watch in 2019.

“After modest price growth in recent years, we expect that Brisbane houses will grow faster than most other markets over the next couple of years,” he says.

“Our forecast for relatively strong house price growth in Brisbane is underpinned by a pick-up in population growth and declining unemployment.”

While this is all positive news, he’s also quick to note something important. While Brisbane will grow, it won’t be at the same rate as Sydney a couple of years back.

“It’s definitely looking more positive but I don’t want to overstate this into a property price boom,” he says.

The overall message is that Brisbane will likely buck the trends that we’re seeing in the national markets. Investors who already hold property in the city will likely see prices increase throughout 2019.

There’s so much doom and gloom surrounding the property market that it’s tempting to avoid it altogether.

However, you don’t have to do that. There are plenty of opportunities out there for investors. That’s as long as you’re doing everything possible to stay one step ahead of the market.

These property experts have highlighted some of the trends that you’ll contend with in 2019. Perhaps most importantly, there won’t be a property crash for you to worry about. However, the prospect of Labour getting into power could transform negative gearing.

In terms of where to buy, it seems like Perth, Brisbane, and Western Sydney all look set to perform well.

But as Chris Gray points out, you have to look beyond 2019. The market operates in cycles. That means buying with an eye towards the future is usually the best strategy.

Incidentally, Mr. Gray is a member of CUB.