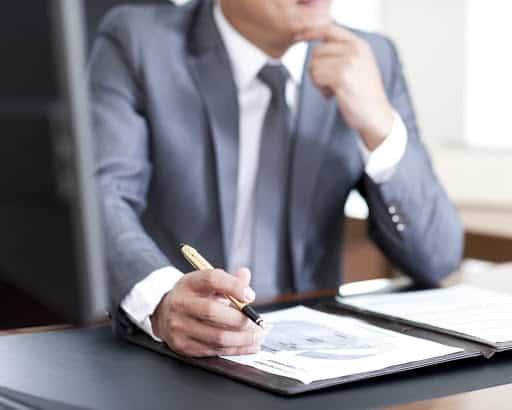 Bill Gates, Steve Jobs, and so many more great entrepreneurs have faced massive business decisions. These are the five best from some of the most successful people and companies.

Every business owner has to make decisions on a daily basis.

There’s all of the little stuff that’s crucial to keeping the business running.

You cannot take such decisions lightly.

If you get it wrong, you may sell at the wrong time. You may have a business that’s primed for explosive growth. But you end up missing out because you no longer have a stake in the business.

However, if you get it right, you could completely change your future.

Some of the world’s leading entrepreneurs have faced difficult decisions at various points during their careers. The likes of Bill Gates and Steve Jobs may never have gone down in history if they’d chosen differently in these moments.

This article looks at the five greatest of these decisions.

Bill Gates – Licensing to IBM Rather Than Selling

IBM was, as it is today, one of the major powerhouses in the computing industry. They had spent several years developing what would become their first Personal Computer (PC).

However, they didn’t want to develop the operating system themselves. In a cost-cutting measure, they chose to outsource the development to another company.

IBM got in touch with a still-fledgling Microsoft.

IBM told Bill Gates that they wanted to purchase an operating system (OS) from them.

SCP didn’t know that IBM wanted an operating system. That allowed Gates to make his first successful decision in this story. He swooped in and bought QDOS for $50,000 after initially licensing it for $25,000.

Gates rebranded it as MS-DOS and presented it to IBM. They loved it and immediately wanted to buy it for their upcoming PCs.

Gates decided to license the OS to them instead of selling it.

IBM chose to license MS-DOS and the PC took off in a major way.

Soon, a bunch of competitors flooded the market. And as IBM had no claim to the PC’s OS, each of these competitors were free to use MS-DOS as well.

Microsoft began licensing their OS to every PC manufacturer under the sun. In fact, they created a virtual monopoly as nearly every home computer started using MS-DOS.

It was this decision that set the stage for Gates to become the world’s richest person. If he’d sold MS-DOS to IBM, he’d have likely earned a couple of million dollars.

Instead, his understanding of the market and vision for the future eventually made him a billionaire. 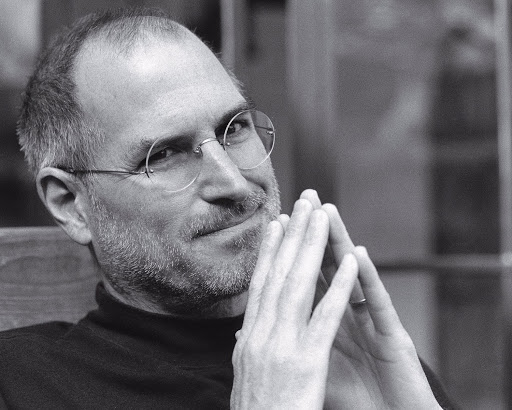 Apple had been through a lot of trials and tribulations by the time Steve Jobs returned to the head of the company in 1997.

He immediately set about trimming the fat from the company’s wide range of computing solutions.

But he also recognised a changing tide in the works. Consumers were going to need something more from the company very soon.

Jobs made the decision to transform Apple from a computing company into a consumer products company.

It all started with the iPod. Apply offered consumers a way to take all of the music they could ever want with them. Plus, they complemented that with the launch of iTunes. While it was free to download, iTunes allows people to buy music, movies, and books.

The iPhone came next, quickly followed by the iPad. Today, Apple even has its own retail stores dedicated solely to its consumer products.

This all came down to Jobs recognised that the home computing market had become saturated. Apple’s branding allowed it to stand out. But it was still competing in a market with dozens of other companies.

The move to consumer products allowed the company to diversify its offering. More importantly, it allowed Apple to establish itself in a host of emerging markets. From digitised music through to smartphones, Apple was either the first to get there or the first name on people’s lips.

This decision may be the main reason why Apple now has a net worth of nearly $1 trillion.

Today, it’s hard to imagine a world without Facebook. The social media platform has over 2 billion users and it’s always growing in popularity.

But back in 2006, the platform was in its infancy. Though growing at a remarkable pace, it was nowhere near being the monolith that it is today.

However, it had a lot of potential. That led to offers to buy it coming from all quarters.

Perhaps the most famous of these offers is the $1 billion that Yahoo wanted to pay to take control of the platform.

This offer came at a time when the platform had about 9 million users and generated about $20 million in revenue.

Should Zuckerberg take the money and run? $1 billion would leave him and his compatriots set for life, so it was a tempting offer.

That’s what the board wanted. However, Zuckerberg saw things differently. During a board meeting to discuss the offer, he said: “This is kind of a formality, just a quick board meeting, it shouldn’t take more than 10 minutes. We’re obviously not going to sell here.”

Zuckerberg saw more potential in his platform that even the $1 billion Yahoo offer suggested. He had all sorts of new ideas for products and features that would help Facebook grow and monetise.

If anything, Yahoo’s offer just confirmed that Facebook was on the right path. Potential competitors wanted to absorb it before it reached its potential.

Over the next 10+ years, Zuckerberg put his ideas into practice.

In 2018, the company generated revenue of approximately $55.7 billion.

Founded in 1998, Netflix started life as a DVD rental company. The company relied on an internet-based model that focused on convenience.

Customers could rent a DVD online and have it delivered to their doorstep.

However, Hastings had a big decision ahead of him.

The rise of YouTube, coupled with faster internet speeds, offered great potential to Netflix. They took advantage of that in 2007 when they launched their video streaming service.

Instead or renting and waiting, subscribers could now watch movies and TV shows on-demand at any time.

The introduction of this new service led to Hastings making a decision. The company would separate their streaming service from their DVD-based model.

There are several things that made this decision great.

First, Hastings recognised the limitations of Netflix’s DVD rental model. The model relied on consumers being willing to wait for their movies to arrive. With convenience being such a major factor in Netflix’s success up to that point, this wasn’t acceptable.

The launch of the company’s streaming service offered a more convenient solution. Netflix predicted the direction that the industry was going in. Today, the video rental market barely exists.

Hastings also positioned Netflix as the leading brand in streaming. There are now dozens of competitors to Netflix’s crown. However, the company’s subscriber base still grows year-on-year. As of the fourth quarter of 2018, the service has over 148 million subscribers.

Today, we know Google as the search giant that also has its own products and OS.

However, back in 1998, it was little more than a search engine algorithm. It was during this time that the company’s founders, Larry Page and Sergey Brin, offered to sell it to Yahoo for $1 million.

Yahoo refused. At the time, Yahoo was the major player in search. They saw little value in Google’s algorithm and didn’t see a way for the company to make money.

Page and Brin could have given up there.

But they made their first major decision and decided to persevere. Then, they set out to prove Yahoo wrong. They would find a way to monetise their search engine, which grew in popularity on a near-daily basis.

The duo decided to create an advertising platform that allowed people to advertise based on specific keyword choices.

In 2000, Google launched its AdWords service.

You can see just how much of an impact AdWords had if you enter a search into Google. Along the top of the page, you’ll see ads. There are more at the bottom and a bunch on the side too.

AdWords gave companies the opportunity to directly target people based on their searches. They no longer needed to try and manipulate Google’s secret algorithm to get to the top of search results.

They could pay to get there.

The idea took off and companies began pumping millions of dollars into the service. Other search engine imitated the idea and the AdWords model has had a huge influence on online advertising.

AdWords is also one of the company’s biggest earners. In 2017 alone, it generated $95.3 billion for Google.

That’s a far cry from the $1 million that Yahoo could have bought the company for.

Each of these major decisions highlights the skill and intelligence of the people who made them.

A forward focus is one of the common threads. Gates saw the potential for the PC to get emulated, which he could benefit from through licensing. Jobs saw that consumers wanted more than desktop computers.

Hastings knew that DVD rentals were a thing of the past while Page and Brin figured out how to monetise a growing platform.

In every case, these decisions led to companies making billions of dollars in revenue. And it’s no coincidence that the five companies featured here happen to be some of the largest in the world today.

Their decisions serve as a lesson to all of us about the importance of considering the future, as well as the present.

With CUB, you can meet some of the current and future players in Australian business.