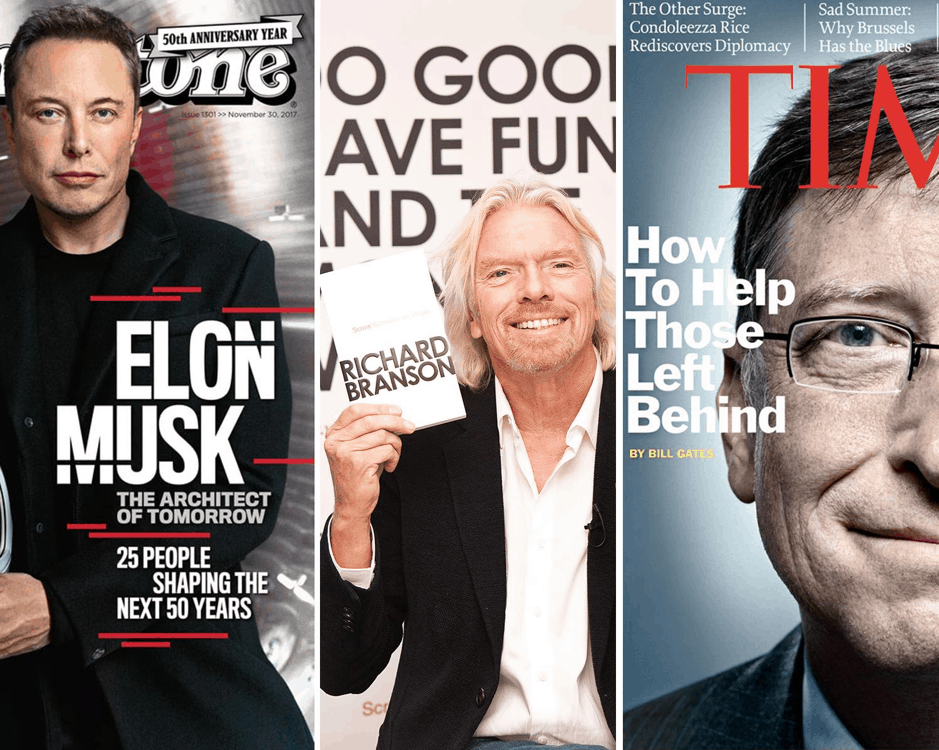 The Powerful Characteristics of Billionaires That Lead to Success

Success doesn’t come easily. You need to have the right personality traits to reach the top. These are the common characteristics of billionaires that you must adopt.

We all know that luck plays a small role in every success that we have in our lives.

But there are reasons why the most prominent billionaires in the world seem to constantly “get lucky”. It’s not all about being in the right place at the right time for people like Elon Musk and Bill Gates.

Instead, it usually comes down to the personality traits and habits such people adopt on their roads to success.

Luck means nothing if you don’t have the right characteristics to achieve success. This article will examine some of the key characteristics and habits of billionaires that allow them to enjoy so much success.

A modicum of success does not create a satisfied billionaire. In fact, the insatiable desire to want more is one of the defining characteristics of billionaires. They’re never happy with what they have right now. They constantly want to push boundaries and achieve even more success.

It’s this inability to feel satisfied that prevents billionaires from becoming complacent. Any business owner knows that complacency is the enemy. It lulls you into a false sense of security, which opens the door for other people to take your place. Complacency results in your business stagnating. It means that you’re no longer trying to provide customers with the next big thing. You’re just happy to give them what you have right now until they don’t care about it anymore.

Take Steve Jobs as an example. He could have rested on his laurels following the successful launch of the iPhone. Instead, he kept pushing Apple to develop better versions of the phone. On top of that, he pushed to create new products. In doing so, he accumulated more wealth and kept Apple at the forefront of the technology sector.

Never feeling satisfied is one of the key characteristics of billionaires. It ensures that they’re never playing catch-up.

Trait #2 – They Educate Themselves

A little over two-thirds of the world’s billionaires possess a bachelor’s degree. This may come as a surprise to some of you. After all, lots of people make a fuss about how Bill Gates, Steve Jobs, and Mark Zuckerberg all dropped out of college. This gives the false impression that education isn’t important when it comes to success.

That’s not the case at all. What you should take away from this is that all three went to college. This shows that they valued education. They usually only left to pursue their entrepreneurial endeavours.

The fact is that most billionaires have attended college. They’re educated and sharp people, which they need to be to keep up with the pace of an ever-evolving world. Even the dropouts have enough of an education to help them to develop their ideas and run their businesses.

Statistics also show that billionaires tend to value family. In fact, it’s likely that a good family provides a successful person with the support structure they need to keep pushing for success.

Having a family is actually one of the most important characteristics of billionaires. 87% of the world’s richest people are currently married, and almost two-thirds of them have children. That’s an overwhelming majority that you can’t ignore.

Don’t buy into the idea that successful people dedicate so much of themselves to their work that they don’t have time for others. Billionaires, by and large, value the benefits that a family brings. This includes the emotional support that they’re unlikely to receive in the workplace. Perhaps having a family is key to surviving the stress that attaining success can bring with it.

Of course, it’s also not a guarantee. The point here is that you don’t have to neglect your relationships with people to become successful.

Trait #4 – They’re Grateful for Their Success

Gratitude takes you a long way in the business world, which is why it’s one of the most important habits of billionaires. Failure to acknowledge the success you’ve achieved along the way creates resentment. People will assume that you’re heartless, which makes them less likely to help you later on.

Oprah Winfrey offers a great example of gratitude in action. She understands that she couldn’t have accumulated her USD$2.9 billion fortune without the help of others. In fact, she maintains a special “gratitude journal” to highlight what she’s grateful for.

Showing gratitude also has a beneficial effect on you. It makes you recognise all of the good that you have received and achieved in life. Gratitude may be the route to the positivity that billionaires need to keep pushing when things don’t go their way. 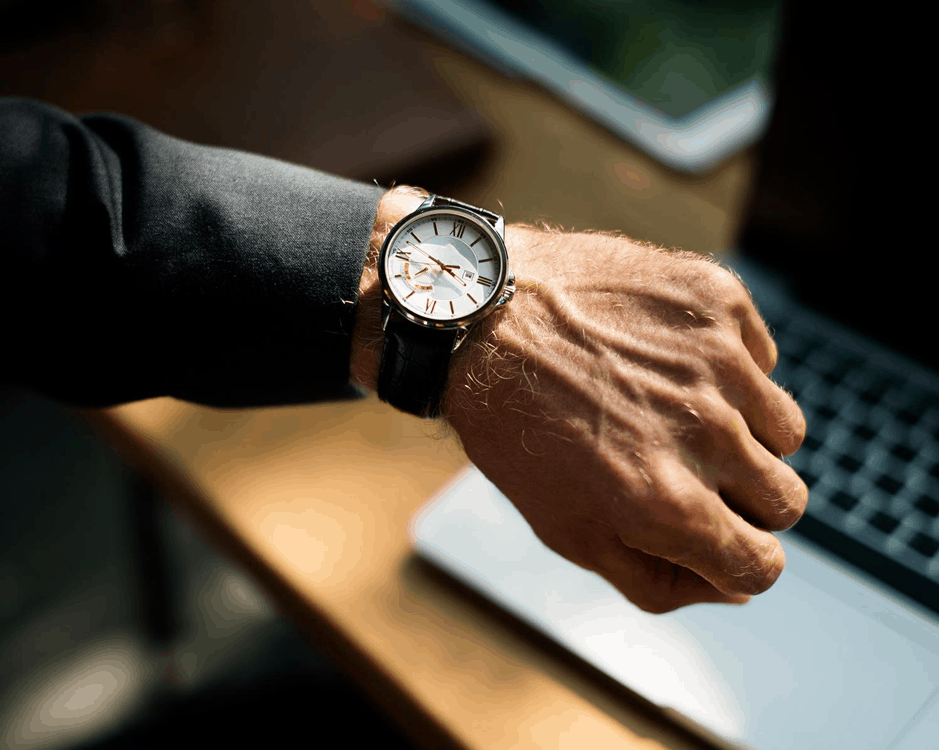 Success isn’t some easily obtainable objective. It requires a lot of hard work to reach the same position as some of the world’s most prominent billionaires. Work becomes a key habit of billionaires, to the point where it eclipses much of their lives.

Elon Musk shows just how important a strong work ethic is to a billionaire. He says that he routinely works for between 80 and 100 hours every single week. Compare that to the 40-hour work week that the average person puts in. Musk works twice as long, which means he achieves twice as much as the average person each week.

A strong work ethic is one of the key characteristics of billionaires because it’s what pushes them to persevere. In that way, it ties into their inability to feel satisfied. Billionaires want to feel like they’re constantly working towards something. More importantly, they’ll put in the hours needed to help them achieve their ambitions.

Philanthropy ties into the gratitude trait mentioned earlier. Over 50% of the world’s billionaires are active in the charitable realm. Simply put, they want to use their success and wealth for the good of others.

Having a philanthropic nature is one of the defining characteristics of billionaires. Take Michael Bloomberg as an example. The media tycoon has donated more than $4 billion of his wealth to various charitable causes. Bill and Melinda Gates set up an entire foundation to help them achieve their charitable ambitions.

Much like with the gratitude trait, having a philanthropic nature shows that you’re still connected to the world. It’s recognition both of how fortunate you are and how unfortunate others may be.

Billionaires may have to keep pace with constantly developing markets.

But that doesn’t mean that they always rush into things. In fact, patience is one of the key characteristics of billionaires.

Billionaire investor Warren Buffett is an excellent example of the virtue of patience. He takes his time in an industry that most people think revolves around fast decisions. Buffett doesn’t react too quickly to changes in the market. Instead, he makes decisions based on quality research and then trusts in his information to guide him through.

Here’s the key benefit of patience. It teaches you that you’re not going to get rich quickly. That’s why the majority of the world’s billionaires are in their 60s. Understanding that success takes time shows that patience is one of the most important habits of billionaires.

Old ideas don’t help anybody to make money. That’s especially the case in the modern world. The continuous evolution of modern technology means that an idea that worked a decade ago may be irrelevant today.

That’s why creativity is one of the key characteristics of billionaires. It’s creativity that helps successful people to come up with new ideas. It’s what provides the spark for an entrepreneur or helps an established business avoid stagnation.

Creativity allows you to solve complex problems too. That’s something that every businessperson faces. In fact, success in business revolves around finding solutions to other people’s problems.

Trait #9 – A Willingness to Fail

It takes a great deal of courage to take a risk on an idea. But that’s what sparks the careers of every billionaire. They’re people who come up with an idea and weighed up the pros and cons. That’s something that all of us can do. The key difference with billionaires is that they don’t let the cons dissuade them. If they think they have a good idea, they’ll chase it without worrying about the potential for failure.

Amazon’s Jeff Bezos points out why a willingness to fail is one of the characteristics of billionaires. He says that no major innovation comes without a string of failures beforehand. Simply put, the majority of ideas don’t work. But you can’t know which ones work and which ones don’t until you try to make them succeed.

Moreover, failure isn’t a reason to stop trying. One of the key habits of billionaires is the ability to brush themselves off and try again when something doesn’t go right. 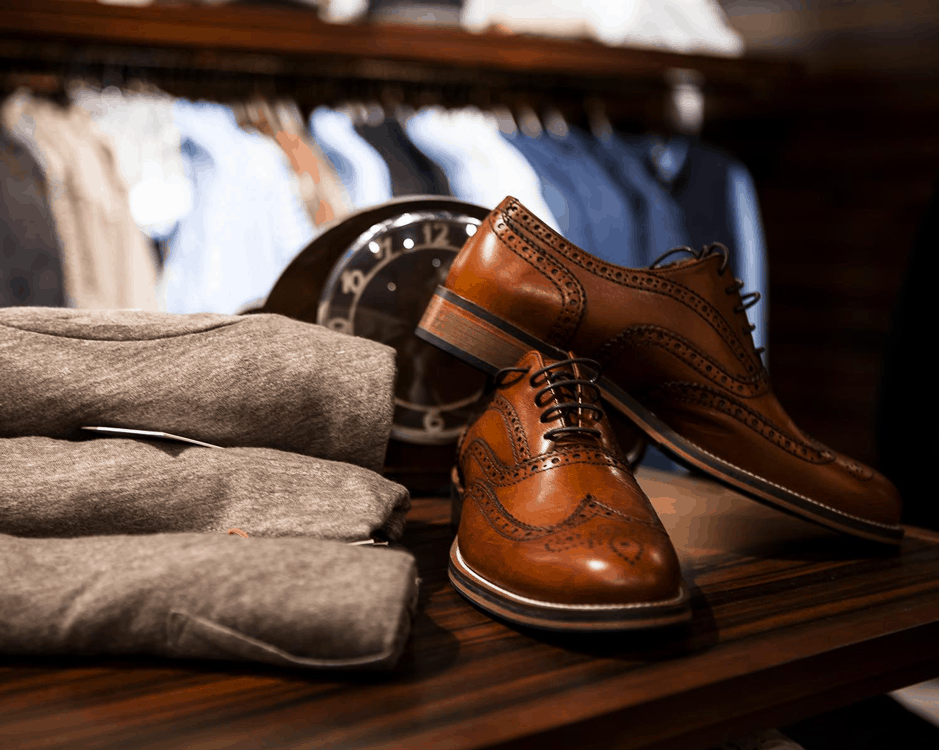 As mentioned several times in this article, nobody achieves success on their own. The famous billionaires we’ve spoken about all have people working for and with them. Most importantly, these people look to them to set an example for how they should conduct themselves.

That’s why positivity is one of the major characteristics of billionaires. They may have a million and one issues to deal with. But they always stay positive.

This achieves two things. Firstly, it puts them in the right mindset to figure out solutions to the problems they encounter. Secondly, it helps them to motivate the people who they need to help them achieve their successes.

Possessing these characteristics of billionaires is not an instant guarantee of success. However, you’ll stand a greater chance of achieving more if you have them. Here’s some advice to take away from this article: