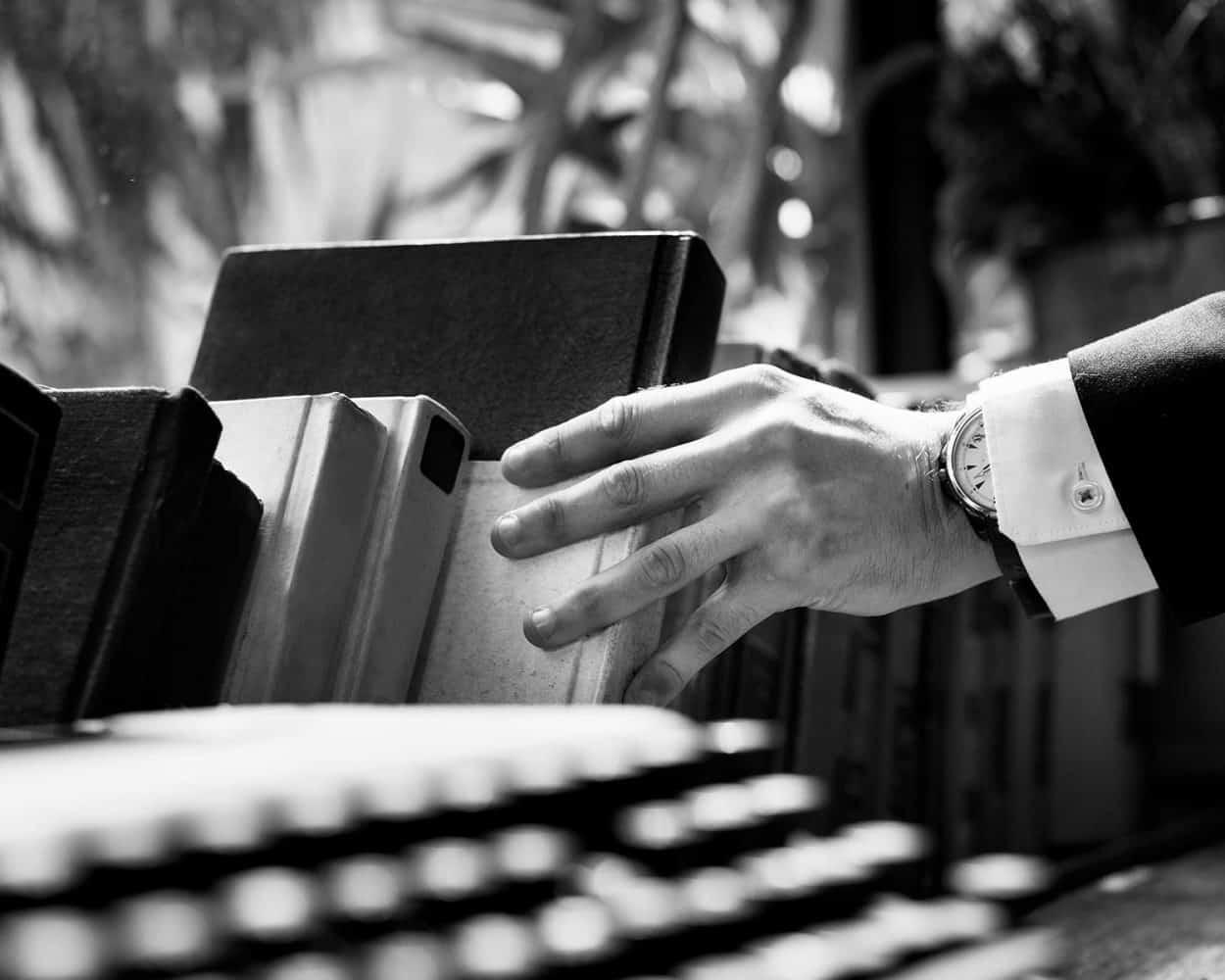 A great leader with an unmotivated team can’t achieve success. The same goes for a great team with a poor leader.

You need the perfect combination of the two to reach the pinnacle of business.

Leaders can take inspiration from those who’ve already achieved success. If they adopt some of the traits and habits of billionaires, they put themselves in a strong position.

From there, they can figure out how to build a successful team with the right characteristics.

This article examines both sides of this particular coin.

Most will argue that luck plays at least some part in leadership success. But that’s certainly not the whole story.

Just look at prominent billionaires, such as Bill Gates and Elon Musk. They tend to share common personality traits that make them able to take advantage of opportunities. Here are ten characteristics of billionaires that all leaders must have.

Satisfaction is the enemy to a successful leader. If you feel too satisfied in what you’ve already achieved, you run the risk of stagnating. You’re no longer pushing to come up with any new ideas. This offers others the chance to overtake you. An inability to feel satisfied is one of the key characteristics of billionaires. It’s that constant itch that pushes them to try new things and keep pushing for more success. Don’t become complacent in your leadership.

Some media outlets make a big deal out of the billionaires who’ve achieved their status without graduating from college. People like Bill Gates and Mark Zuckerberg actually dropped out to chase their dreams. But that doesn’t mean that such people don’t value education. In fact, most billionaires have earned a bachelor’s degree at college. Moreover, even those that haven’t constantly educate themselves to stay on top of the business world.

There’s this strange belief that successful people must neglect their personal lives. They pour so much of themselves into their work that there isn’t time for anybody else. But that isn’t the case. The vast majority of billionaires have happy marriages. The personal relationships that they maintain outside of work offer support. They need this to deal with the stresses of their positions. Being married isn’t a guarantee of success in leadership. But almost 90% of billionaires have families.

Nobody achieves success on their own. Even the world’s most prominent billionaires have received help along the way. That’s why gratitude is one of the key characteristics of billionaires. Take Oprah Winfrey as an example. Now worth almost USD$3 billion, Winfrey still keeps a gratitude diary. It acts as a reminder to her about how lucky she is to be in the position that she’s in. Something similar can help to keep a leader’s feet on the ground as they become more successful.

Leaders work harder than anybody else on their teams. Take Elon Musk as a great example. He routinely works between 80 and 100 hours every week. This shows how passionate he is about the projects that he takes on. A work ethic isn’t something that you can train to have. It’s just one of those habits of billionaires that you either have or you don’t.

A charitable nature links into the gratitude that most billionaires display. Attaining such wealth puts you in a good position to see the misfortune that others suffer through. As a result, charity work is one of the most common habits of billionaires. Take Bill and Melinda Gates as an example. They’ve set up a charitable foundation that allows them to use their considerable wealth to help others. Media mogul Michael Bloomberg is another example. He’s already given over USD$4 billion of his wealth away.

The average age of a billionaire is over 60 years old. That shows that the people who achieve the most success are also the most patient. They don’t rush into key decisions and they don’t let minor market blips influence them. Warren Buffett is a good example of this. A billionaire investor, he relies on the research he conducts before making an investment. Small changes in the markets have never been his signal to abandon ship. He trusts in his knowledge and has the patience needed to see his work through.

If you don’t have fresh ideas, you can’t succeed as a leader. Your creativity is what helps you to solve problems. It provides the spark you need to come up with concepts and products that will lead your organisation to success. All great leaders have a creative streak that they use to the benefit of themselves and their businesses.

Failure is a part of business. One of the key habits of billionaires is the constant confronting of failure. They’re the people who are most likely to take a risk on a new idea. They also understand that not every idea is going to pan out. Instead of letting their fear of failure stop them from trying, they learn from their mistakes. Each failure helps them to understand what they need to do to succeed.

As a leader, you set the example for your people. If you approach your work in a negative manner, your team will too. That’s why positivity is one of the key characteristics of billionaires. Staying positive ensures you have the mindset needed to confront problems. It also helps you to boost morale in your team.

Let’s assume that you have all of these characteristics of billionaires. You now need to know how to build an effective team.

Great teams also share a number of common traits. Here are ten that you can help create through your leadership skills.

A lack of idea sharing makes a team an unhappy place to be. Every member should feel as though they have something valuable to contribute. More importantly, they should feel comfortable in sharing their ideas with the rest of the team. One of the key characteristics of a winning team is the ability to share ideas freely.

This is one of the areas where good leadership comes in. Your job as a leader is not to try and push teams towards achieving a goal. It’s to inspire them so much that they want to achieve the goal without prompting from you. This passion comes from the top and it links into the positivity trait that all billionaires have.

How much do you actually know about the people in your team? Do you know what drives them to come to work each day, outside of the money? If you don’t, you can’t motivate your people. A key characteristic of a championship team is the forming of personal connections. As a leader, your aim is to learn as much about each person as possible. This informs everything from the tasks you assign to the incentives you put in place for the team.

There’s a mistaken belief that a good team should have no conflict. That’s not the case. Conflict is good, up to a certain point. Great teams contain people who have conflicting viewpoints. The key is that these conflicts don’t derail the team. Everybody’s working towards the same goal. They just have different ideas about how to get there. Conflict also means that you don’t run the risk of having a team full of “yes” people.

Elaborating on the previous point, all teams should have a common vision. This is something else that usually comes from the leadership. An effective team needs a common vision to maintain its focus. If yours doesn’t have one, you’ll find that your people lose focus. They won’t prioritise the right work and will become frustrated with the lack of vision. A strong vision that people believe in also serves as a motivating force.

Every project you work on has an end goal. But it’s the little milestones that go into achieving that goal that often go unrecognised. One of the characteristics of a winning team is the ability to recognise these milestones for what they are. They’re important steps towards a larger goal and they deserve celebration. Great teams celebrate every small win together.

Everybody in a team should know exactly why they’re there. Some are ideas people, whereas others keep an eye on the details. The point is that good teams have defined roles for each of their members. Again, this is something that comes from good leadership. The more you learn about your people, the more defined the roles that you can create for them.

Every team has its own way of doing things. This plays into the team’s, and its leader’s, hiring policy. Hiring for fit, rather than basing decisions purely on candidate skill, is key to building a strong team. A great team has the right combination of both skills and personalities.

This is another characteristic that comes from the top. Teams want to receive feedback from their leaders. It’s how they catch minor issues before they become major problems. Moreover, a strong feedback loop keeps everybody informed. It’s also how you’ll reward people for their achievements. Good teams use feedback to celebrate the positives and confront the issues.

The main focus of any great team is its work. But that doesn’t mean that there isn’t any room for fun. One of the main characteristics of a winning team is the ability to have fun together. It shows that the members genuinely enjoy each other’s company. This builds stronger bonds that make the team more productive.

Those are the main characteristics of billionaires and successful teams that you need to know about. Great leaders look to develop these traits in themselves and their teams.