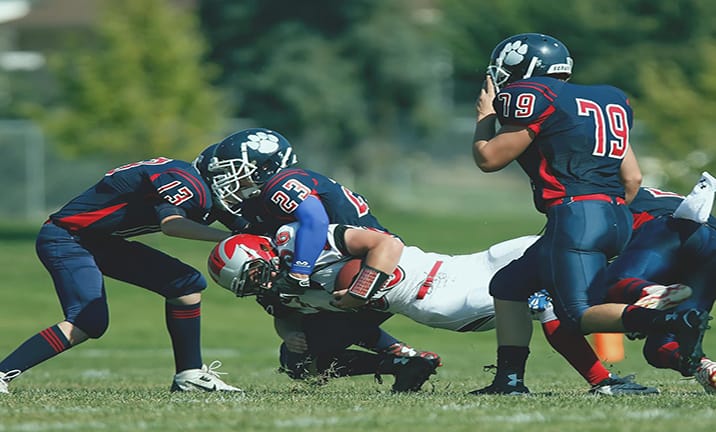 The Secrets Of Building Championship Teams

Do you find yourself struggling with the question of how to build a successful team? You’ve read all the books and listened to endless consultants, but you can’t quite get it right. Your team doesn’t perform to the correct standard, so your business suffers.

You need to realign your thinking. Instead of seeing yourself as “the boss”, think of yourself as a coach. It’s your job to get the most out of your team, and you need to show them how to play the business game.

In this respect, business is a lot like sport. Ask yourself “what makes a successful sports team?” Famous coaches like Tom Landry know, and they have some pearls of wisdom for you to learn.

Here are some of the characteristics of great sports teams, directly from the people who coached them. Their championship culture quotes will inspire you to build more effective teams.

Following a successful career as a pro football player, Tom Landry moved into coaching. As the head coach of the Dallas Cowboys, he won two Super Bowl championships. He also led the Cowboys to 20 consecutive championship seasons. In short, this was a man who knew how to build a successful team.

“There’s a misconception about teamwork,” he says. “Teamwork is the ability to have different thoughts about things; it’s the ability to argue and stand up and say loud and strong what you feel. But in the end, it’s also the ability to adjust to what is the best for the team.”

There’s a crucial lesson for business owners in these words. The simple fact is that your way isn’t always the right way. At times, you could be the biggest barrier to the success of your team. It’s only by listening and being flexible that you can help your team to reach its full potential.

As a football player, Vince Lombardi enjoyed success in the first two Super Bowls. Like many great players, he went on to become a respected coach. During his stint with the Washington Redskins, he led his team to its first championship win in almost a decade and a half. Lombardi believed that all teams must have a collective vision.

He said: “Individual commitment to a group effort–that is what makes a team work, a company work, a society work, a civilization work.”

As a business owner, you must understand that your team members’ individual talents aren’t enough. If individuals can’t blend together to turn their talents toward a common goal, the team will remain unsuccessful. Lombardi’s words demonstrate the importance of understanding how each individual serves the team.

Don’t just take Lombardi’s word for it either. Famed basketball coach, Phil Jackson, shares Lombardi’s opinion. He notes that creating a collective vision is one of the most effective team building strategies.

As he puts it; “Good teams become great ones when the members trust each other enough to surrender the Me for the We.”

With English soccer team Manchester United, Sir Alex Ferguson achieved more than any manager before him. There was not an honor in the domestic or European game that his teams failed to win. Revered as a great leader, the Scot believes that his method of delivering feedback helped him to build such great teams.

“Too many managers talk too much,” he says. “The two most important words for a player, or for any human being, there is nothing better than hearing “Well done.” And few reprimands are as powerful as silence.”

We all know that feedback is a crucial component to the success of any team. However, Ferguson makes it a point to focus on the methods he uses. You don’t have to give epic speeches to let your team know how you feel about their performance.

Phil Jackson shares even more of his opinions on building great teams when he touches on the subject of compassion.

“Once you’ve done the mental work, there comes a point you have to throw yourself into the action and put your heart on the line,” he says. “That means not only being brave, but being compassionate towards yourself, your teammates and your opponents.”

Simply put, you are not a robot. If you can’t connect emotionally with your team, you can’t hope to mold the members into a successful unit. Understand that each individual has different emotional needs. If you can provide for those needs, you can keep your team focused on the main goal.