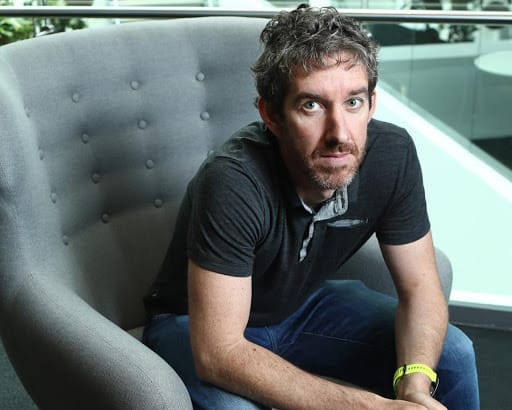 What Can New Entrepreneurs Learn from the Rapid Success of Scott Farquhar?

What Can New Entrepreneurs Learn from the Rapid Success of Scott Farquhar?

From credit card debt to a net worth of near $10 billion, Scott Farquhar has experienced the peaks and valleys of life in business. Here are the most valuable lessons that his journey can teach you.

In recent times, Australian tech companies have been flourishing. Many entrepreneurs have been giving their all to grow businesses that could rival Silicon Valley giants.

Scott Farquhar is one of those entrepreneurs. Back in 2002, he and his partner founded Atlassian, now a highly successful collaboration software company. The company has more than 3,600 employees and hit $50 billion market cap in the Australian Securities Exchange (2019).

Before all of that, the partners funded the start-up with just credit cards. And Atlassian grew from $10,000 in debt to its stratospheric market cap of today. Better yet, all signs are pointing to further growth in the foreseeable future.

As you can imagine, Farquhar’s business experience has taught him many lessons. Here are the ones that you might want to remember:

Every year, many start-ups crop up believing that they’re going to be the next big thing. And yet, most of them are no longer around the following year.

A major cause of start-up failure is that so many companies are doing the same thing. Worse yet, they’re doing it in the same way.

Atlassian isn’t anywhere close to being the first collaboration software company. It’s also not the necessarily best. But nobody can disagree that it’s unique. It’s this distinction that has allowed Atlassian to grow to its current size and more.

Farquhar has always emphasised the importance of creating your own path. To illustrate this, he pointed to Maria Sharapova (yes, the highly popular tennis player) and her response when asked if she was the next Anna Kournikova.

‘I’m not the next anyone; I’m the first Maria Sharapova.’

This is the philosophy that your business needs to follow. Although it’s perfectly alright to model other success stories, you don’t want to blindly copy their processes or strategies. Whatever results that come from the latter will likely be short-lived.

As the owner of a new company, you’ll have to compete against many more successful businesses to prove your worth. Being different, preferably in a good way, makes you highly visible and your long-term success much more achievable. 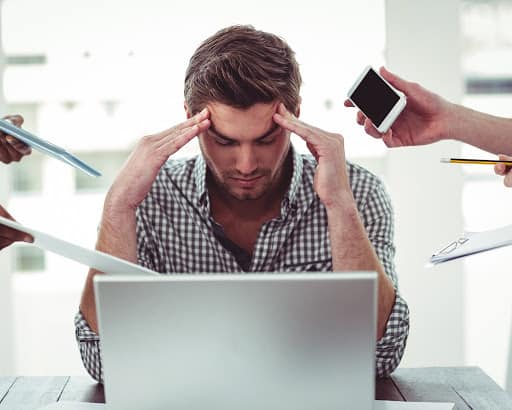 Running a business can be hard, even more so in the beginning. You’ll get pushed back numerous times and you’re going to have to go above and beyond to show that you can fight back. In doing so, you’ll have to reach into your full potential and see what you’re made of.

Farquhar had to do this many times over before Atlassian took off. He and Cannon-Brookes were performing third-party support online to make enough money to fund the start-up. Along the way, Farquhar managed to impress a client enough that they invited him to Amsterdam to work on a 50-person software project.

Despite having no experience with projects of this size, Farquhar accepted the offer with glee. He knew that this would force him outside of his comfort zone but that’s going to be for the then new start-up Atlassian.

This is one of a series of bold moves that Farquhar had to undertake to grow the company. And he’s made many more still after the official arrival of Atlassian. If Farquhar had hesitated at any point, it could have stopped the new company in its track.

‘Throw yourself in the deep and learn how to swim,’ advises Farquhar.

You’re going to run into lots of situations that require you to apply this advice. Don’t overthink things but rather embrace them with both hands and figure things out as you go. Don’t wait too long, as the market certainly won’t stay back for anyone.

3. Develop a Love of Learning

Learning is a lifelong process. Even when you think that you’ve got it all figured out, you’ll still have to learn a bunch of new things to keep going. In fact, the moment that you think you know it all is likely to be when you stop progressing altogether. You get complacent and it’s probably all downhill from there.

This is why many entrepreneurs believe that you should love the process and not the outcome. To that, Farquhar also adds that you have to ‘develop a love of learning’ as this is a necessary component of success.

The good news is that all the information is already there – you just have to know where to look. From podcasts to training and seminars, there are more than enough sources of knowledge at your disposal.

Try to learn something new every day. Oftentimes, simply reading an interesting article will be enough. It won’t take too long and you never know when you’ll be able to use the information and look like a genius.

Successful entrepreneurs often talk about the many sacrifices that they had to make in scaling their companies. Of course, those sacrifices must have paid off handsomely or you probably wouldn’t have heard from these entrepreneurs.

Farquhar’s Atlassian didn’t become successful overnight. It took many years of hard work to get to the point where Farquhar could feel comfortable taking a victory lap.

To achieve long-lasting success, you’ll have to have the same level of determination. As Farquhar puts it:

‘If you want to be the best in the world, you need complete and utter dedication and passion.’

Farquhar may still have a way to go to claim the throne, his work ethic certainly put him on the right track. He’s as determined to succeed today as when he first started.

If you’re new to the game, ask yourself if you’re ready to give everything. Unless the answer is an indubitable ‘yes’, you have work to do in figuring out how to devote more of yourself. Of course, passion is a necessity since it can be an endless source of motivation to push through it all.

5. Grow with Your Business

One of the worst things that you can do is to not grow and evolve with your business. Perhaps not coincidentally, this has happened to many entrepreneurs who got stuck. Their companies outgrew them and if they were lucky, they might have been able to course correct or find someone else to take over from there.

In a few short years, your business might become unrecognizable compared to what it is today. You’ll have to get quicker and more efficient and flexible for your business to be able to scale without a glitch.

Farquhar has the following to say about this:

‘Where I normally want to sit and chat with every vendor out there for an hour and hear every single one of their stories, at a practical level, you can’t do that anymore. I guess that at every stage you’re just changing the way you work.’

There’ll be a time you know deep in your heart that change is necessary. Make sure to act on this feeling sooner than later. 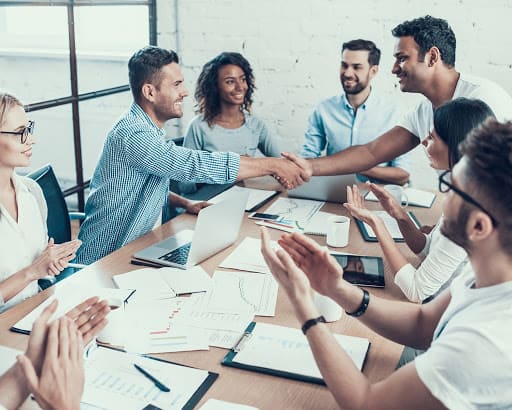 6. Invest in Your People

In tandem with the previous point, entrepreneurs don’t make it on their own, at least not in the long run. Everybody has limits that they’ll have to respect. It’s a good way to push oneself over the breaking point and burn out otherwise.

To prevent this, you must surround yourself with a team of high-performing people. They’ll be more and more valuable with the growth of your company. Eventually, they’ll become the heart and soul of the company – not unlike those corporate personalities who get profiled in magazine features and they don’t necessarily have to be the CEO or founder.

‘It’s one of the broad things you learn over time, how important people are to a business. It’s a truism that becomes clearer over time.’

Whatever you do, make sure to invest in your people and nurture their skills. Although the drive to succeed and improve should come from within, you should still give your people the support and all the tools needed to flourish. Your business will flourish in turn.

This is especially crucial for new start-ups. Running out of cash is by far the biggest reason that most start-ups failed before getting off the ground. Ironically, as soon as things heat up, they’ll have to spend more money and therefore, more likely to run out of money.

Knowing this, Farquhar and Cannon-Brookes both make the stockpiling of cash a top priority from the jump.

‘We were always cash flow positive from the very early days, but that’s largely because we were still eating ramen noodles.’

As the owner of any company, not just start-ups, you’ll have to always keep enough cash on hand if you’re to ever survive the tough periods with relative ease. You should also be able to finance new opportunities as soon as they arise. Or risk having those opportunities falling on the laps of your competitors.

Focus on the Long Run

When you first start a business, you might get caught up in all the day-to-day challenges. This might overwhelm you and impair your decision-making.

If you ever find yourself in this situation, just think in terms of the big picture. Not only will it put things in perspective, but it will also give you more clarity and a sense of direction. It’s a clue to always go in the direction that fits your long-term strategy.

Remember that running a successful business is a marathon rather than a sprint. Give it your all but don’t forget to adapt as necessary.